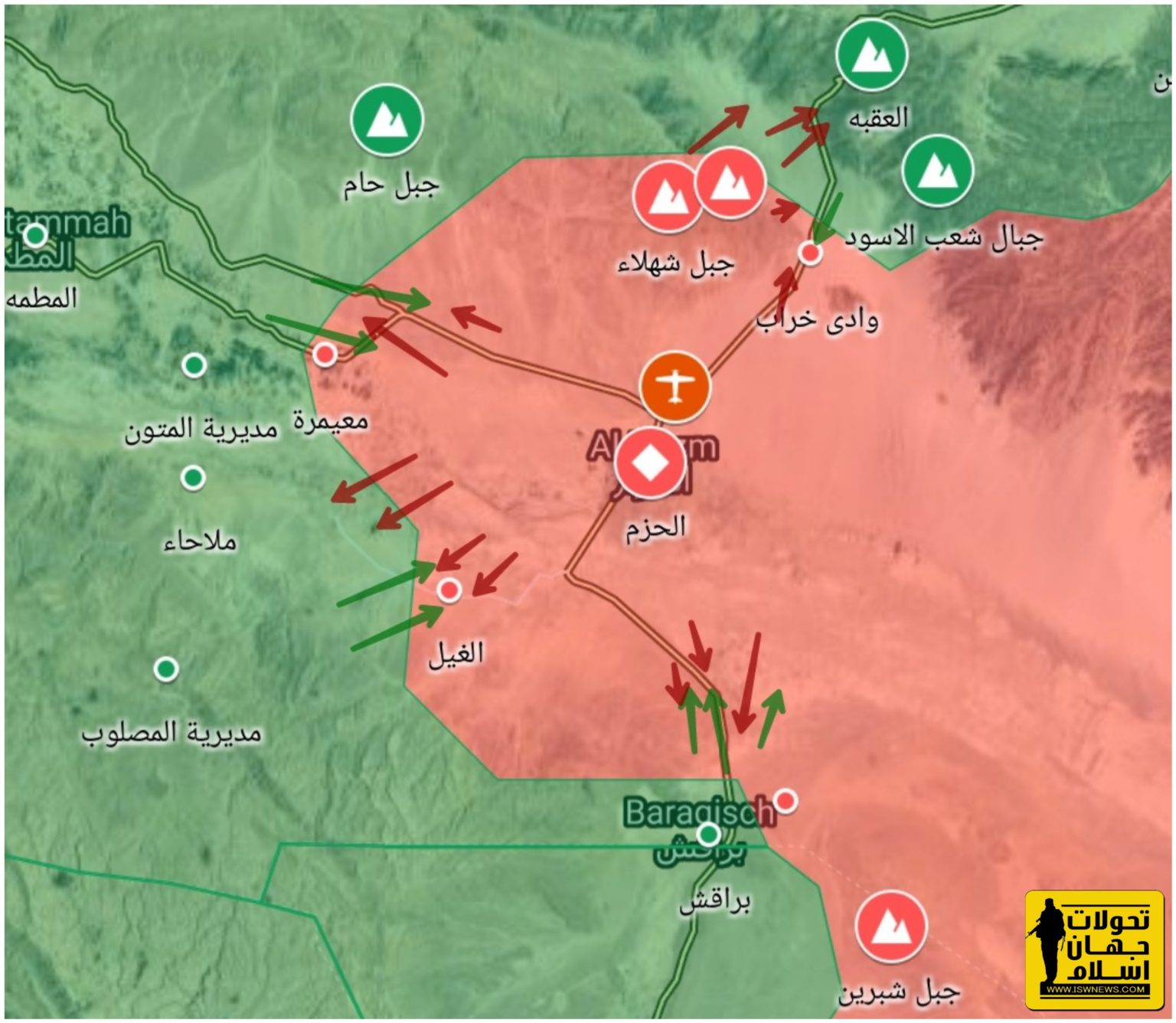 Jawf:
According to the latest news from the Hazm fronts, clashes have been reached to the al-Ghayl and al-Khalq heights due to attacks of Ansar Allah from the south and west of Hazm, and also clashes in other axes continue without advance.
– The Saudi coalition has dispatched a large number of equipment and military forces to al-Hazm for repelling the attacks of Ansar Allah and preventing the fall Hazm.
– The tribes of the Salmat allied with AnsarAllah. In the case of connecting the region of Salmat with the positions of Ansar Allah forces, conquer of al- Ghayl will be more easier and Ansar Allah will reach to southern entrance of al-Hazm. Salmat is located in the south of the city of al-Hazm and the east of al-Ghayl.