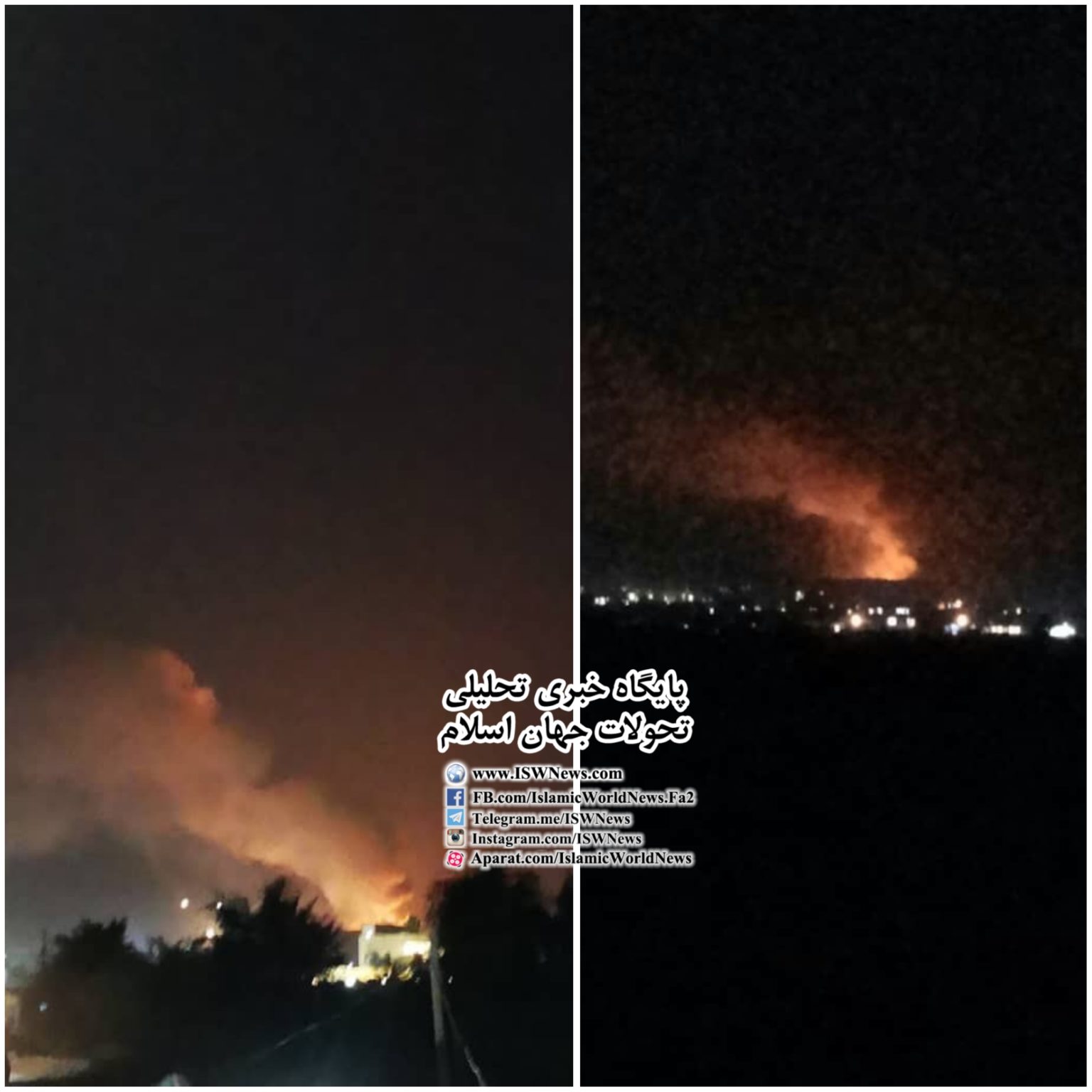 A missile hit the fuel reservoir of the base and people near Sahn al-Jinn said there were several explosions and smoke rising from the attack.
It is said that one missile was intercepted by Saudi coalition air defense or probably it did not hit the target.
No news has been reported of explosion in Hazm yet.