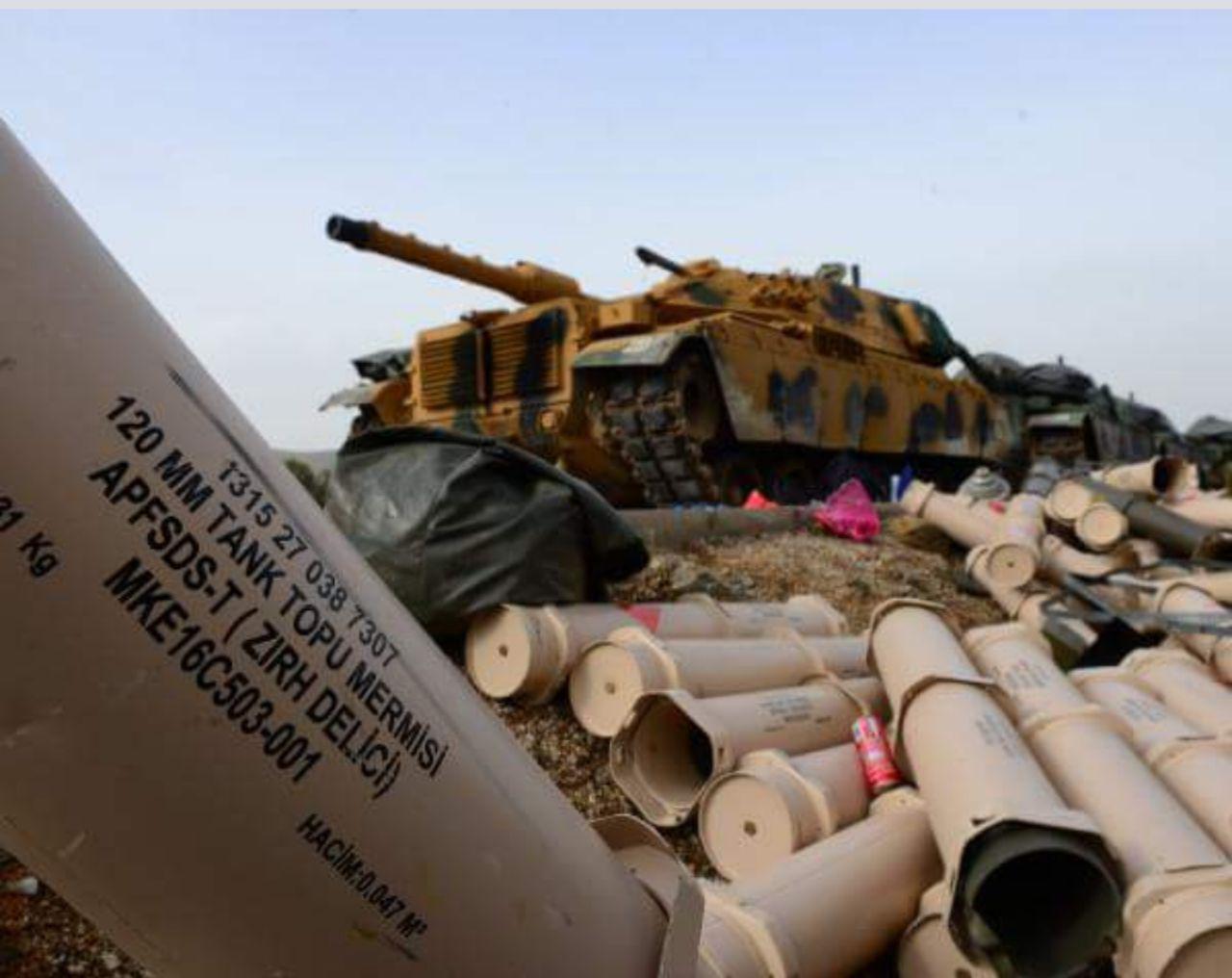 Sputnik News according to officials of YPG reports taking down a Turkish helicopter and two reconnaissance UAVs by YPG, however no image is released.

Kurds claim to destroy a Turkish Army tank near Rajo in the west of Afrin.

Although Turkish media broadcast their news with the constraint of “lightening advance” yesterday but today go back to normal routine and report the possible advance region!

In western front evidences show that from January 25, Turkish troops’ control over Adamanli heights are at least limited.

Rajo in west is still the battlefield over the heights overlooking the village.

In Hamam village, YPG releases images of booties gained from Free Army in this village. This village is at the border and has been under Turkish artillery and planes fire in the last eight days and so far all the efforts to enter the village are unsuccessful.

Some evidences showing Turkish Army has a hard time:

Erdogan implies that the Operation Olive Branch is going slow yesterday, he addresses USA while said before that this operation only takes a week: “If we want to destroy everything, the operation is over in two or three days but we watch for civilians.”

This is while according to images and videos from January 26 by Oleg Blokhin, the only dependent reporter in Jindiris city in Afrin area, it is obvious that Turkish artillery and pilots do not care for civilians like Erdogan anymore.

In another claim in an interview with “Times” by commander of Free Army, who are in ally with Turkey, he says that advances are very slow due to poor weather.

In addition to official claims, Anadolu and TRT HEBER news by presence in the house a wounded tank operator during Operation Olive Branch  yesterday, report which is according to protocols dictated by Turkish Army Security indeed but according to this report, this soldier addressing an official: “We threw fire on the other side of border or three days continuously and crossed border after that but after 200m, Kurds shot us.”, which attract attention of media.

Early moments of January 27 a convoy of six Turkish armored vehicles enter eastern suburb of Idlib. According to reports of anti-Syria media, this convoy is to stop Syrian Army attacks in Abu Dohur front!!! If this report is true, then it should be said that in near future Turkish military adventure in Syria will turn into an important crisis.

Turkey claims to kill 394 YPG forces during the operation.

Cumhuriyet, papers publish in Ankara reports on hitting a rocket in a range of 100 m from General Halusi in border city of Kilis.