Ansar Allah attack to hospital or a Saudi coalition military base? 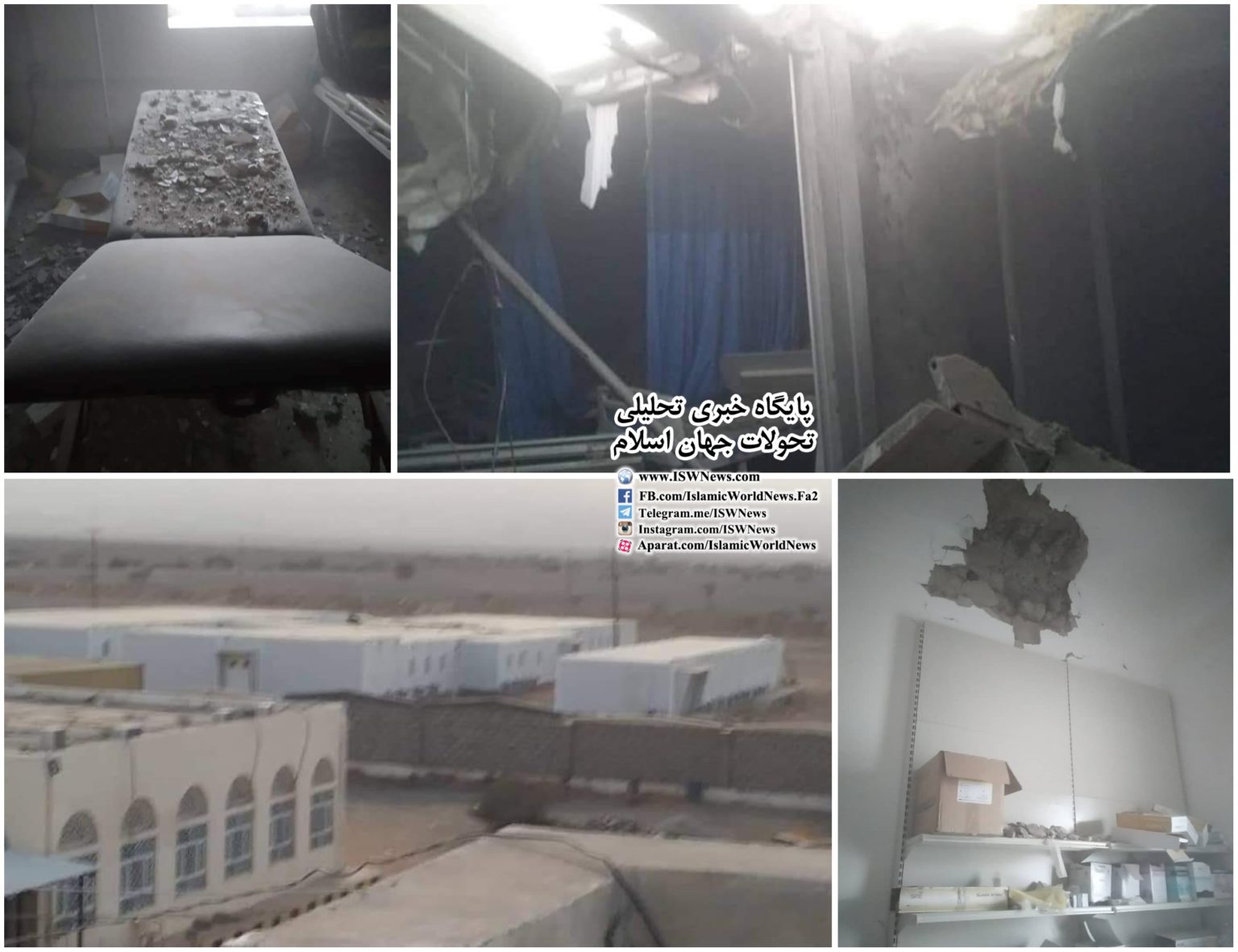 ISWNews Analysis Group: Since yesterday, pro-Saudi coalition media have released a series of vague photos, claims that Ansar Allah forces targeted a hospital in the al-Jafrah area on the Sana’a-Marib road.

We need to make a few points in this regard:
1. The Saudi coalition in Yemen generally builds its bases alongside hospitals, schools and public places, and al-Jafarah is one of them.
If Ansar Allah targets these areas, they attack the military base, not the civilians.

2. The fabricating of the images is not a hard job. In general, some Ansar Allah rocket attacks reported by pro-Saudis are in question.

The story of al-Jafra base is just one of the thousands of lies of pro-Saudi media in the Yemen war, so be aware of these news!