Erdogan statements about the Syria developments 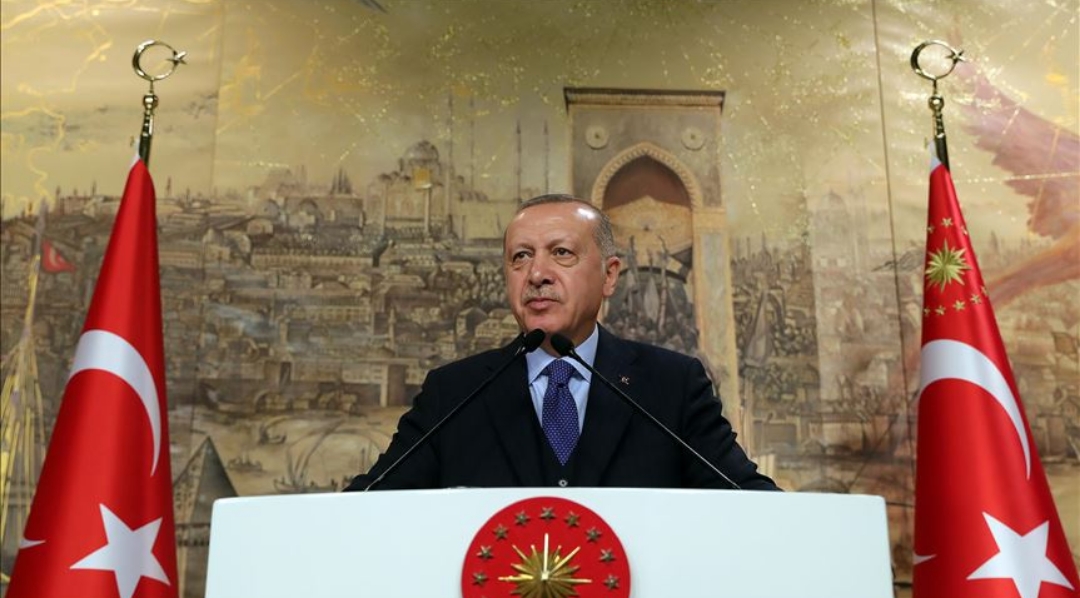 Erdogan said:
– “We have sheltered 3.7 million Syrians in our country and cannot stand a new wave of immigration.”
– “About 4 million people have fled the Turkish border because of the bloody attacks by the regime, and there are 1.5 million on our border right now.”
– “Turkey is not seeking adventure or striving to expand its borders. In Syria, we are neither seeking oil nor soil, our desire is to ensure the security of our borders through the creation of a safe zone.”
– “Idlib has become a pretext for pressuring us and destroying the other gains of our country. We did not go there at the invitation of Assad, but at the invitation of the Syrian people. Until the Syrian people say it is over, we have no intention of leaving.
– “I told Mr. Putin, what do you do there? If you are looking to build a base, build it but step aside from us.”
– “The main goal of the current scenario is not Syria, but Turkey. After reaching their goals in Syria, they will head towards Turkey. The idea that those who have divided Syria into three parts, respect the territorial integrity of Turkey, is a mere neglect.
– “We will show our determination to the regime and its supporters, everyone must see and accept that our struggle in Syria is for everyone’s future.”
– “Let’s not forget that we have lost about 7,500 security forces and 6,800 civilians in our country since the first PKK terrorist act in 1984. Today, in Syria alone, the number of trained and equipped terrorists is estimated at between 40,000 and 60,000.
– “The blood of our martyrs will not be in vain. So far, more than 2,100 elements of the Assad regime have been killed and 300 of their military vehicles destroyed. Our efforts to create an effective safe zone at a depth of 30 kilometers in Syria continue.”
– “Last night 7 chemicals warehouses blew up and this is the stage we never wanted to reach. But as long as we are forced to do so, the consequences must be borne.”
– “Their commitment to us was to out the YPG and the PYD from these areas, but neither Russia nor the US did. Those who help the terrorist groups and the regime buy ammunition and equipment from these countries, but no one is supporting Turkey, neither in this respect nor in the field of asylum seekers.”
– “What did we say months ago? If this is the case, we will have to open the borders. They were upset but didn’t believe it. What did we do yesterday? We opened the doors. As of this morning, about 18,000 have fled the border. That figure is likely to reach 25,000 or 30,000 today. We will not close the doors from now on.”