Bashar al-Assad’s remarks on the recent developments in Syria 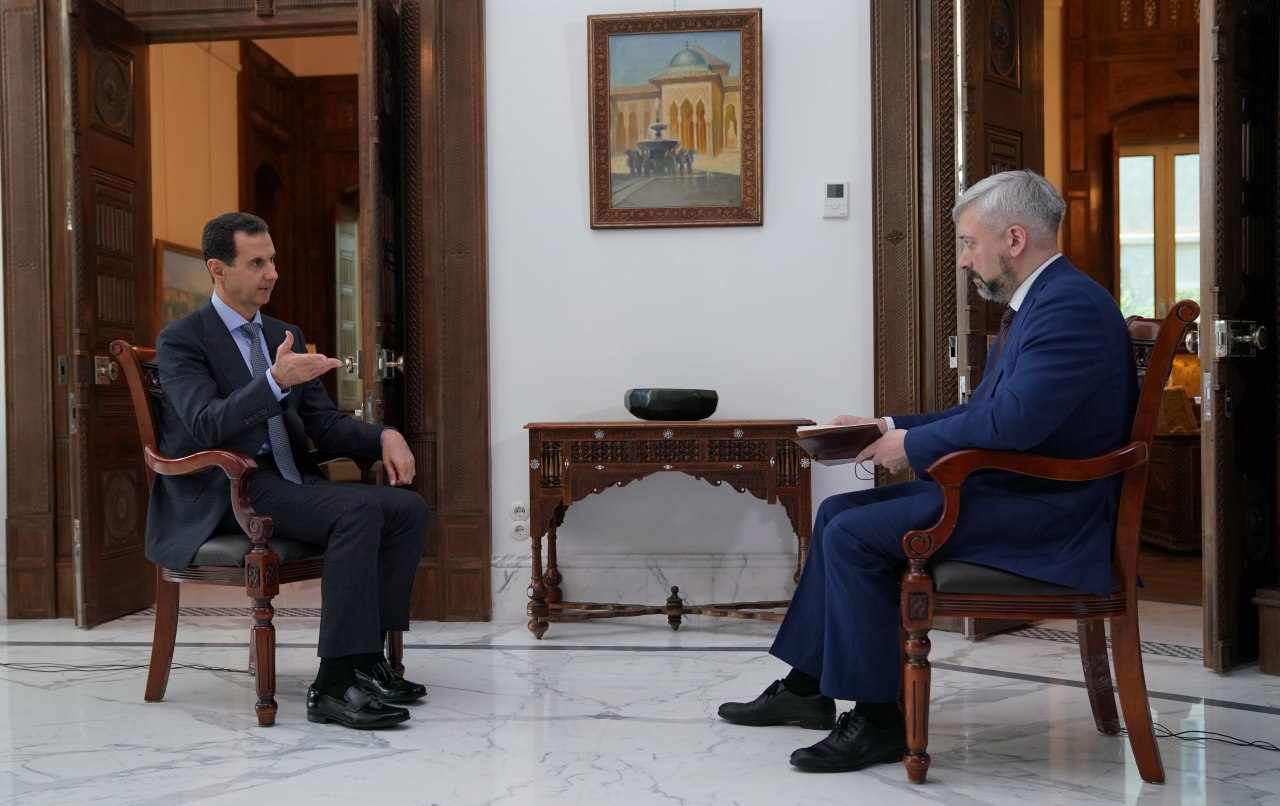 ISWNews Analysis Group: Syrian President Bashar al-Assad, in an interview with the Russian network, outlined some of the latest developments in Syria and operation in Idlib.

Bashar al-Assad:
– We did not take any hostile action against Turkey, but Erdogan’s attachment to the Muslim Brotherhood was above all. Erdogan must stop supporting terrorism until relations between the two countries are established.
– I ask the Turkish people why their children should be killed in Syria. The Muslim Brotherhood has no political, social or even religious ethics, and this is Erdogan’s approach.
– Our friends and at the head of them Iran and Russia play a key role in creating resistance in us.
– In the government areas, there is a variety of religions and ethnicities, while extremism is found only in terrorist-dominated areas.
– European and Arab officials have told us that because of our dependence on the United States they cannot rebuild their relations with us.
– We have never felt during the war that the Russians are trying to impose their views on us and if they disagree with us they will respect our decision.
– Military priority in Syria is now the Idlib issue, and Erdogan has deployed troops there on US orders. Americans know that the liberation of Idlib paves the way for the liberation of the Euphrates.
– Resistance operations against the American occupiers in the eastern Euphrates will undoubtedly begin, and it is the duty of the government to support any anti-occupation operations.
– We are in touch with Kurdish political groups based in northern Syria, but some of them are American puppets. We have nothing to do with the Syrian Kurds and our problem is with those who are separatists. Our main problem in northern Syria is the occupying Americans and thieves who have stolen our country’s oil.