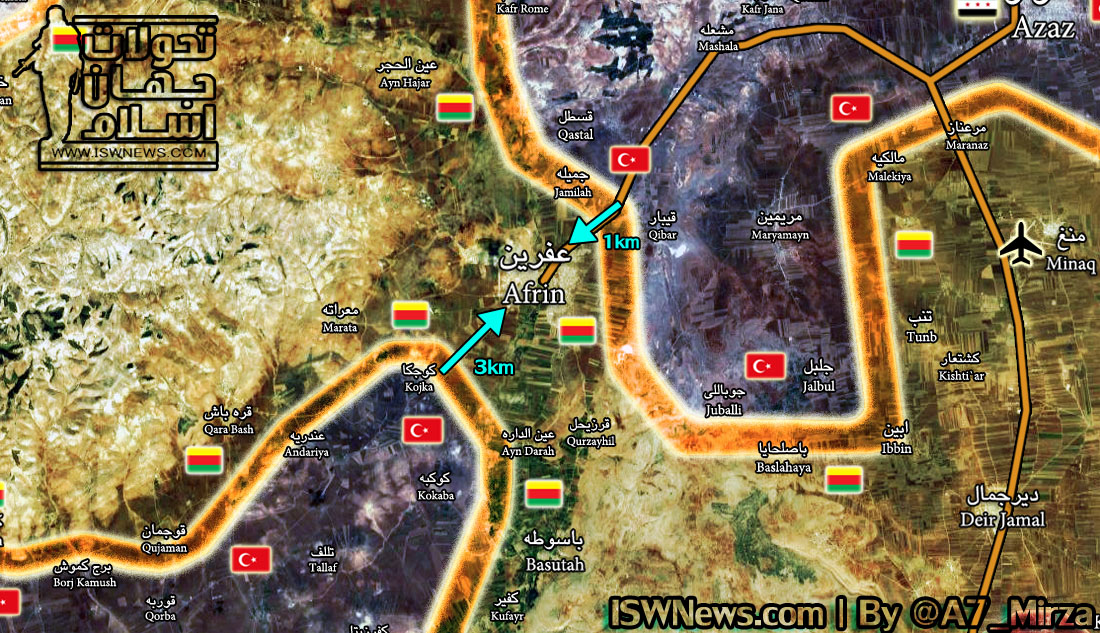 As mentioned in previous news, the fall of strategic height Baflun in northeastern axis (Sharan axis) is same as reaching northern gates of Afrin.

The accuracy of this statement was proved by fall of all the northern and eastern villages between Afrin and height Baflun and finally fall of village Qibar, the closest village to Afrin which lays at 1 km northeast of Afrin.

In southern axis however, after fall of Jinderes, the Olive Branch Operation commanding center could reach within 3 km of Afrin.

In this axis about 15 small and big villages were occupied by Turkish forces in the last few days.

Considering current situation, Turkish Army and militia led by them surround Afrin soon and this will be costly for those who preferred to be occupied by Turkey than to be embraced by fatherland and civilian are the ones who suffer the most.

The news of civilians evacuation of city are not to be confirmed nor denied; these news are broadcasted mainly by media close to the Operation’s commanding center and some think that the purpose is to destroy the spirit of defendants of city and to justify possible massacres which will happen after city falls.

In other axis such as Bulbule and Rajo, militia are advancing constantly and during yesterday and today several areas in north of Rajo and south of Bulbule such as Jaqmaq Kabir & Saghir, Alamdar, Kutanli, Horan , Taflah, … fell.