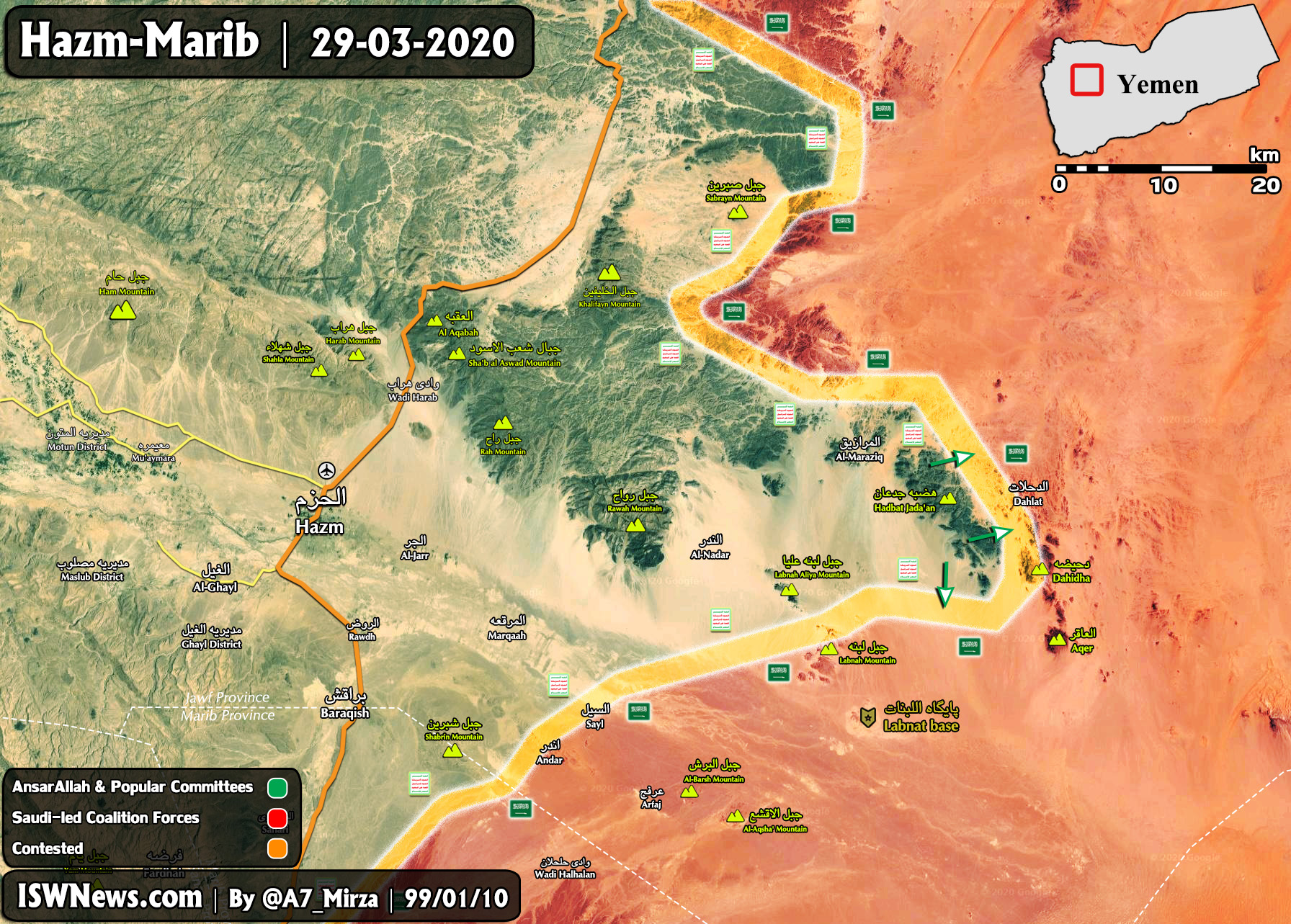 Following the heavy clashes near al-Labanat base, southwest of al Jawf province, Ansar Allah and popular committees could liberate Hadhbat al-Jadaan heights in north of al-Labanat base from Saudi-led coalition forces.

Since Saudi coalition airstrikes and ceasefire violation in al Hudaydah have increased, Ansar Allah’s activities in Marib and southwest of al Jawf have increased.
At the moment the clashes are near bases al-Labanat and Kufil in Marib province and most probably Ansar Allah will advance in these areas in the near future…