Latest Updates on “Operation Olive Branch” 23 March 2018 + Latest Map of Battlefield in Afrin; “Nubl and Zahra” are redlines of Moghawemat ! 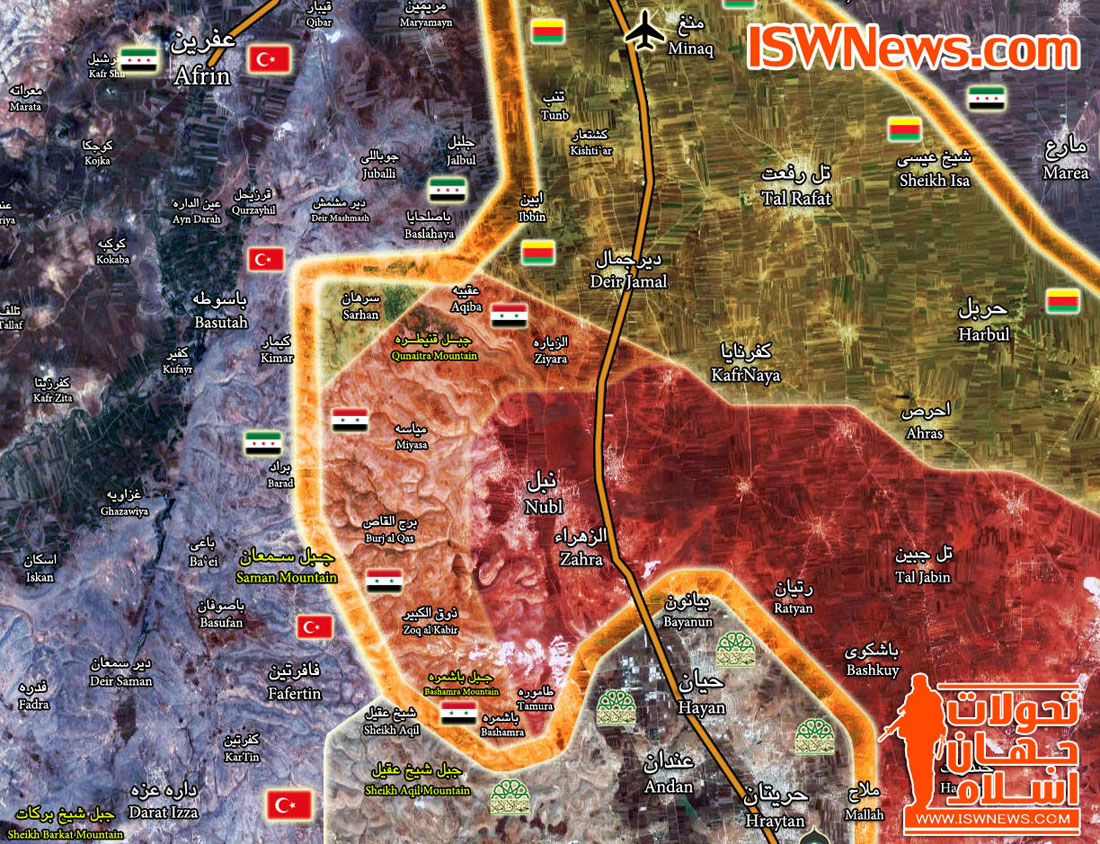 After occupying Afrin by Turkey and in the last five days, forces led by Turkey with advancing in south of Afrin could occupy some villages and areas such as Basutah, Kimar, Basufan, Fafertin ….

Commanding of “Operation Olive Branch” announces that the operation continues until occupying all regions under control of YPD forces in Afrin. Considering that some of the Kurdish regions such as Mennagh Airbase, Tal Rafat and Ziyara are under support of Ruses and Menagh airport is under Kurds’ control so far, we should see if those regions will be attacked by Turkish Army or no.

Yesterday inhabitants and pro militia in Azaz protested that it ended in engagement with Turkish Army and casualties in protesters; it happened since militia tend to continue the operation to all northern regions of Aleppo governorate and occupying all of it such as Tal Rafat.

This incident shows that so far Turkey avoids direct engagement with Syrian Army and Russian forces and maybe it’s due to secret agreements.

On the other hand, approach of Turkish forces to towns Nubl and Zahras and the possibility of them to be partially besieged, youth in these two towns by joining Syrian Army forces in nearby villages such as Burj al Qas, Miyasa, Aqibah, Bashamra, Calota, Zoq al Kabir; made a security band around Nubl and Zahra to stop Turkish invasion.

By evacuation of Kurds from these regions they belong to Syrian Army now.

From yesterday and by these efforts, Turkey’s advances are stopped and if this conditions stabilizes; Operation Olive Branch has come to an end.