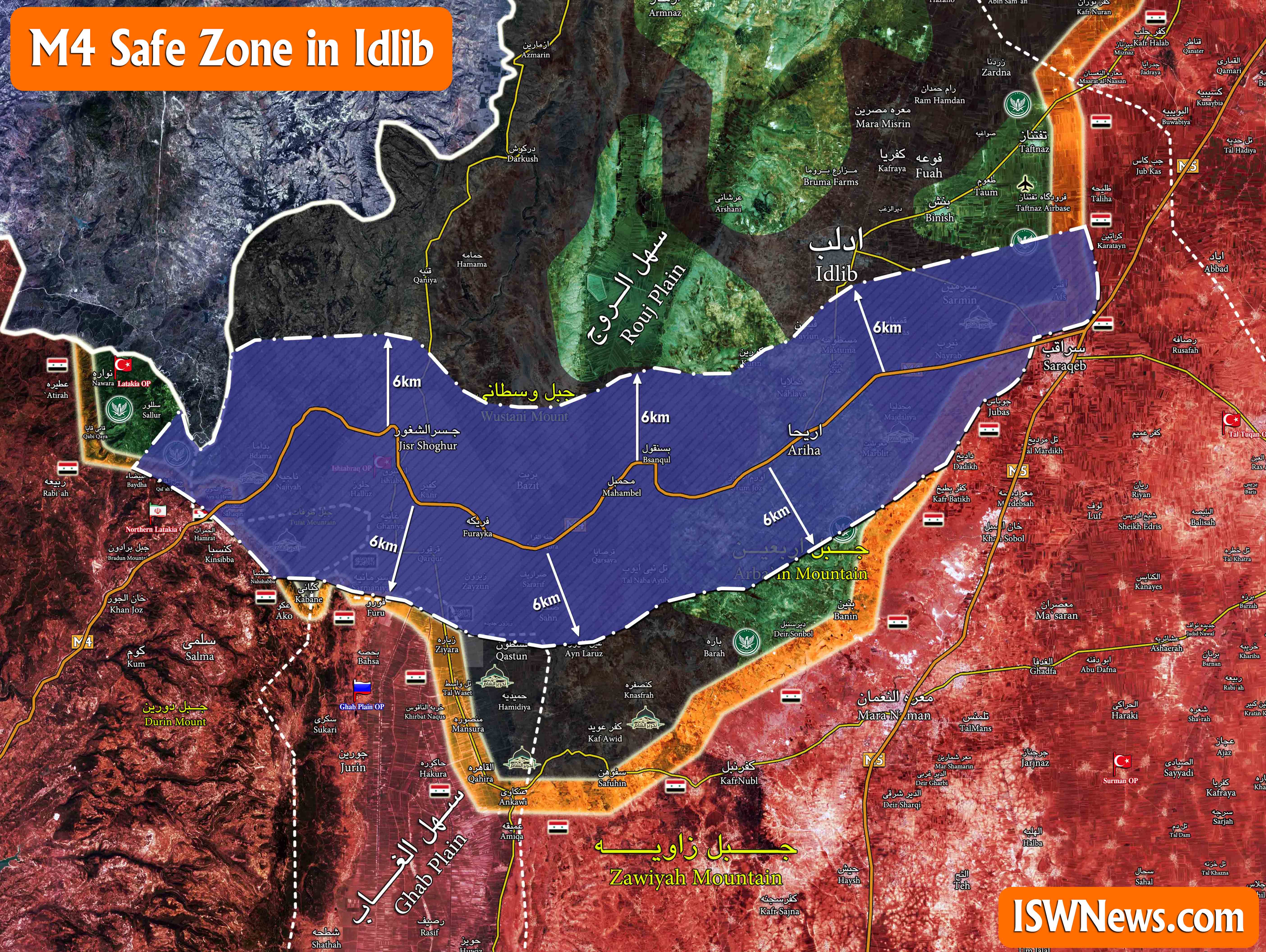 The recent ceasefire between Turkish and Russian presidents stresses on several points, namely a 6 km safe zone in both north and south around Aleppo-Lattakia highway (M4) and then forming Russian-Turkish joint patrols along M4. Important incidents happened since the signing of the ceasefire in the area which will be explained.

Interruption of patrols by Tahrir al Sham:
In despite of five times Russian-Turkish forces patrolled in M4, every time they were interrupted by terrorist groups and the patrols were limited to between Turnabah village, outskirts of Saraqib, to Nayrab town, east of Idlib. Terrorist groups first sabotaged parts of the highway and then stimulated people’s sit-down strikes en route to interrupt the patrols and Turkish forces could not overcome it.
Although Tahrir al Sham terrorists apparently disapproved the sit-down strikes on M4, but it seems they provoked some more extreme groups such as Hurras al-Din to interrupt the ceasefire implementation, not to hit Tahrir al Sham and Turkey rather friendly relation.

Due to this ceasefire and Turkey’s presence increase in south of Idlib along with its proxy groups such as Syrian National Army (SNA) and National Front for Liberation (NFL) around M4 highway, it can be said that Tahrir al Sham influence (in opposition to NFL group) on the area is diminishing and thus they try to interrupt the patrols. Their influence already decreased after liberation of M5 highway.

Turkey’s military and equipment presence increased in Idlib:
After signing the ceasefire and start of patrols in Idlib, which were interrupted by terrorist groups, Turkey used the excuse to implement the ceasefire obligations to increase the equipment, troops and militants in south of Idlib. According to American Institute for the Study of War, during February and March 2020 Turkey deployed about 20 thousand of its troops and militants (who participated in operations Olive Branch and Peace Spring) to Idlib. It also established more than 50 military bases and transported more than seven thousand heavy equipment to Idlib province. Turkey even installed MIM-23 Hawk SAMs in south of Idlib.

Turkey’s endeavor to form a uniform military force:
By bringing their troops and proxies such as SNA and NFL (with Muslim Brotherhood tendencies) to the area, Turks are getting closer to forming a united force in Idlib province to confront any Syrian army offensive operation in Idlib. It is possible that some units of Tahrir al Sham will join this new uniform army and Tahrir al Sham becomes more fragmented.


It is expected that military action becomes priority of Syrian army to solve the issue of Idlib province in future again due to incomplete patrols by Turkey and Russia and lack of containment of terrorist groups in the area.
Although Russians do not want their economic, political and military relations with Turkey to be jeopardized, but Ankara’s disability to fulfill its obligations in the ceasefire enables Russia to activate the military option once again.