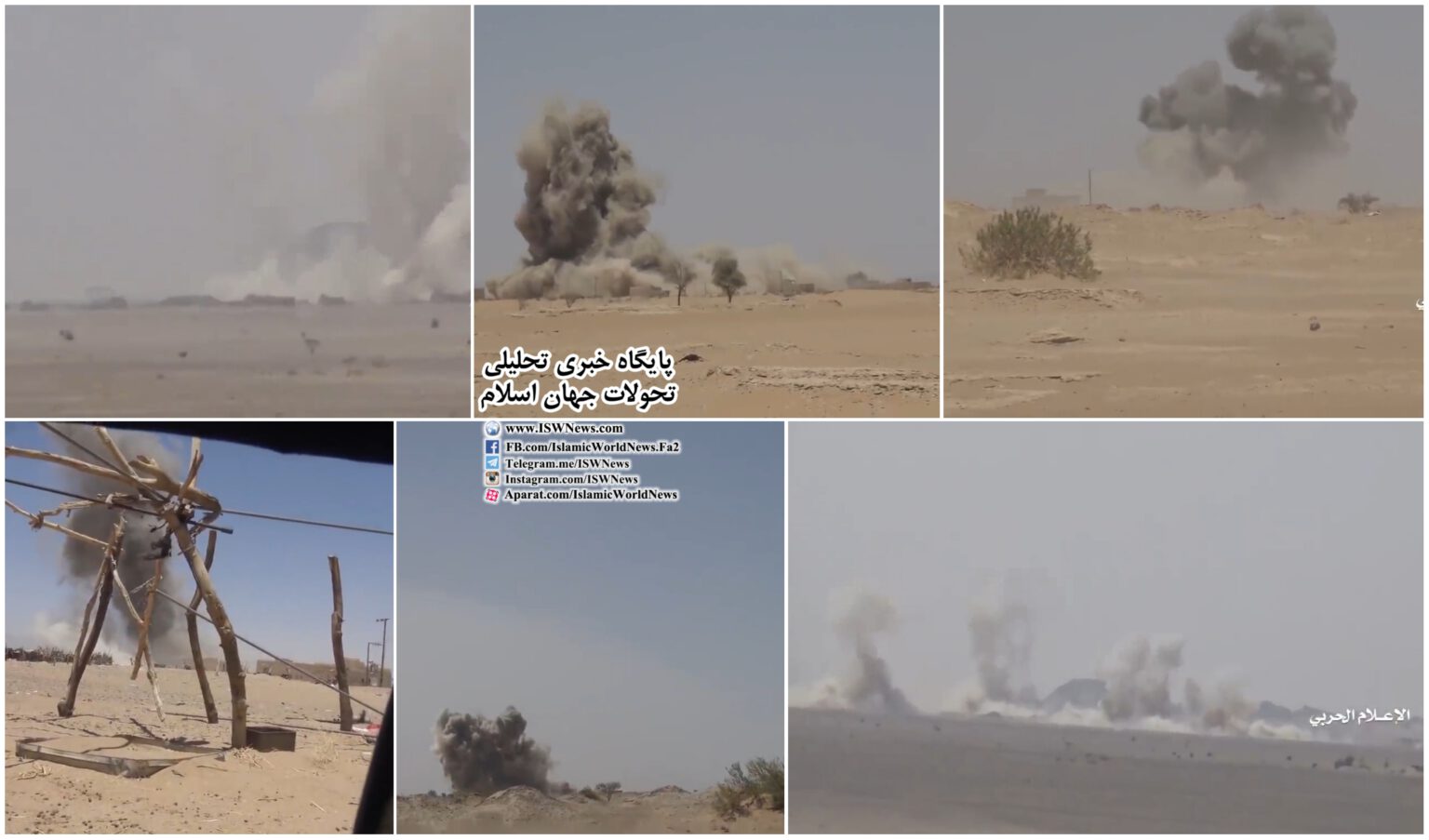 The photos show heavy and targeted bombing of villages east of Hazm district by Saudi coalition warplanes which happened after AnsarAllah liberated the area and Labanat base.