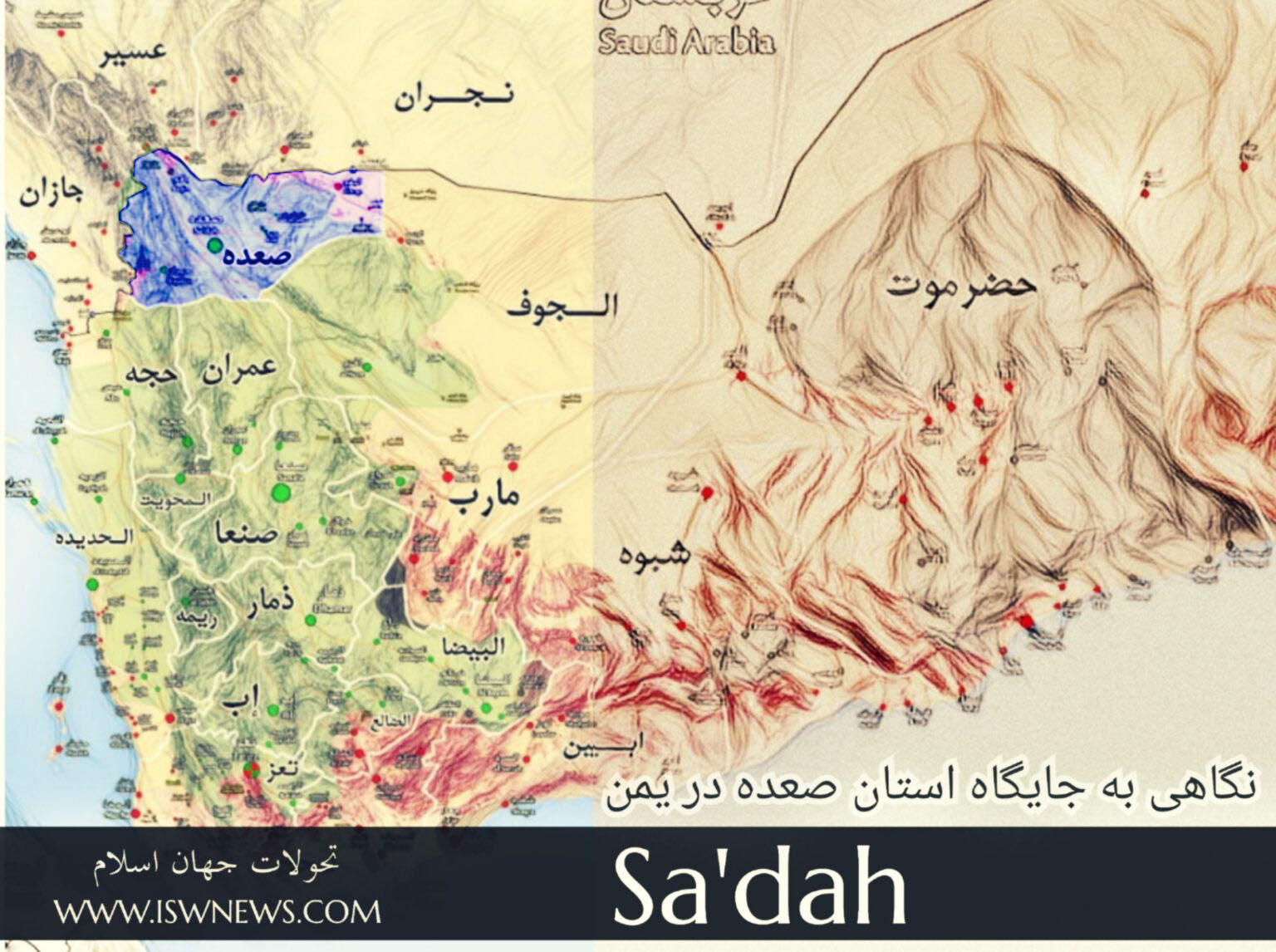 Saadah is a northern province in Yemen with more than 700 thousand population and 11,375 km2 area. The province has 15 districts including Hashwah, Safra, Zaher, Baqim, Hidan, Razih, Saqin, Saher, Shada, Saadah, Ghamar, Qatabar, Kitaf, Mujiz and Munbah.
Agriculture and herding are the occupation of most of the people. Handicrafts and minerals in Saadah brought business opportunities for inhabitants of Saadah.
Most of western part of the province are suitable for agriculture and has mines due to heights and suitable weather. The eastern part is desert and dry, in which herding is more suitable.

Saadah used to be en route to Yemeni Hajj and trade caravans thus, had economic boom, cultural and art development.
Saadah has several old bazaars including Soq al-Talh, Soq al-Qadin and Soq al-Asbu’ei, each of which has a daily trade schedule such as handicrafts, coffee, fruits, etc.

Saadah is important in controlling the northern part of Yemen and its northern heights are obstacles for enemy’s invasion. During the Zaidi ruling, Saadah was their capital.

Sayyid Hussein martyred on September 10, 2004 in heights of Saadah after several years of fight with Ali Abdullah Saleh since 1990. His body delivered to Ansar Allah after several years and buried in Marran heights, northwest of Hidan, which was bombed by Saudi coalition warplanes in 2015.

Important tribes of Saadah are three: Khulan, Bakil and Hashed, which have important role in fighting against Saudi coalition.
In early years of Yemen’s revolution, Wahhabist immigrants of Dammaj village, southeast of Saadah, assaulted Ansar Allah. The intrigue was expelled by exiting Wahhabists from Saadah in early 2014. Al Abdin tribe also had conflict with Ansar Allah outskirts of Saadah which finished by victory of Ansar Allah.