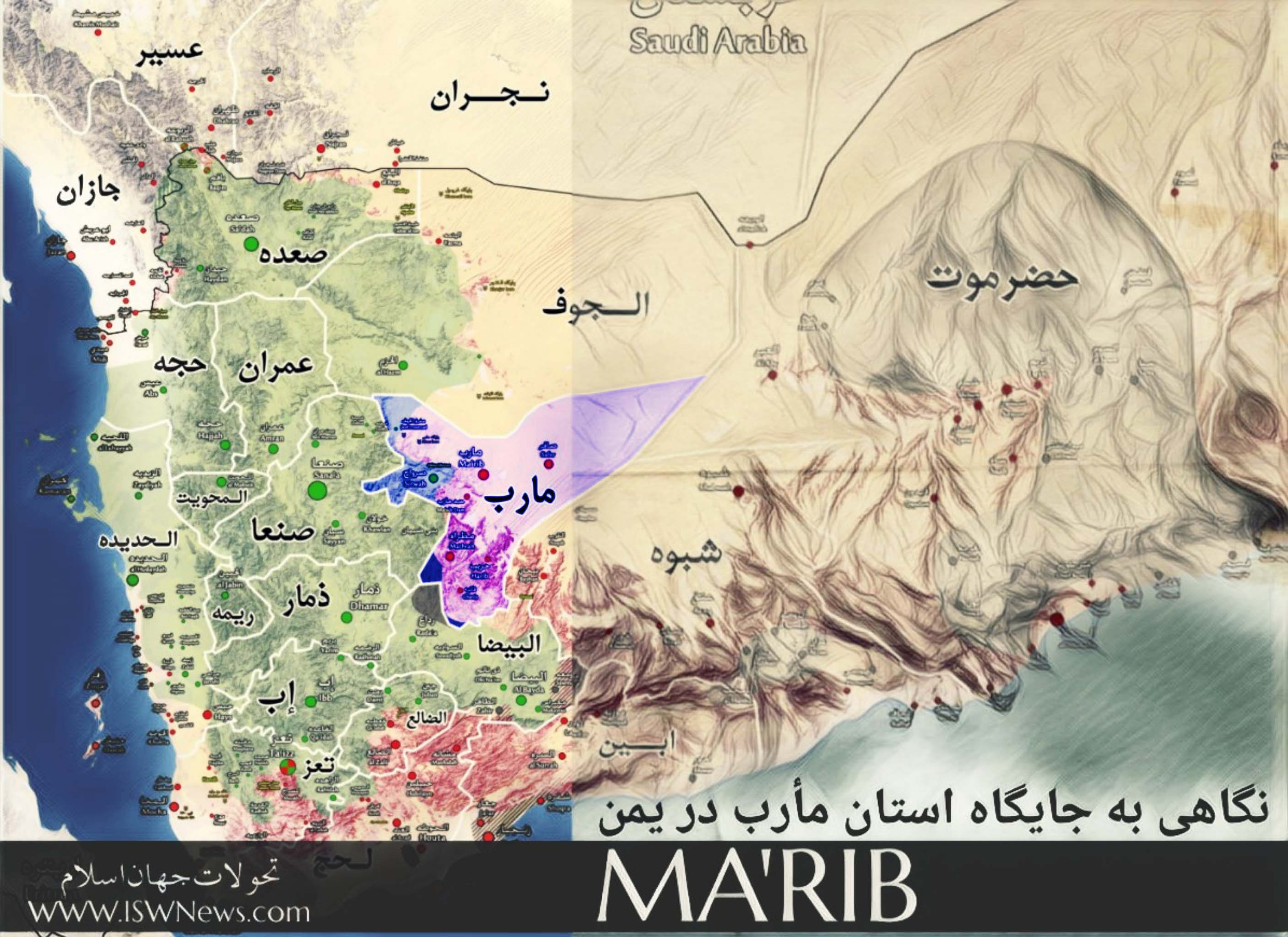 Marib is the name of an important and historic province in the Yemen, that consists of 14 restriction and has more than 250 thousand people population and also 17405 square kilometers area.
Marib has been the capital of Yemen government (Saba’) from 650 BC to 115 AD , and now there are a historic palace and dam in Marib that is known related to this era.
The climate of this province is different in the mountainous and desert regions; and despite the drought, the main activity of this province inhabitants is agriculture and animal husbandry.

Marib has many of oil and gas resources and has a power plant. By 2014, Marib was exporting electricity, gas and oil to the other Yemeni provinces, that this process was disrupted with beginning the war in Yemen.

According to local sources report, Safer refinery, that is the resource of oil and gas of the Marib province, produces more than 700 thousand tons gas a year and 9 to 18,000 barrels of oil a day.

Safer has two main pipelines, that one of them connects the oil to the Raas Al-Issa port in Al Hudaydah through Sanaa and by crossing the Dhamar province ; and another is the gas pipeline that has been connected to Belhaf port in the southern beaches of Yemen by crossing the Shabwah province. Also there are two other inner pipelines, that one of them transfers oil to Sana’a and the other transfers gas to the west of  Sion city in the Hadhramout province.

Several tribes live in Marib, that three of these tribes are from great Yemeni tribes.
The Murad and Ubaida tribes support the Abd Rabbah Mansur Hadi government in Yemen war, because of their religious tendencies, specific thinking (the Muslim Brotherhood and the Islah party) and also Saudi financial supports of their leaders.
They fought against Ansar Allah and the Kholan tribes (resident in the Sarwah and Harib Qaramish districts) after transferring the forces and extensive equipment of Saudi coalition to Marib in 2015.

In general, importance of the Marib province in the current situation of Yemen is because of two points:
A) Oil and gas resources: In negotiations, Ansar Allah wants the fair distribution of these resources revenues and the stability of oil pipeline activity to Sanaa.
B) Converting of Marib to the base of Islah party and Mansour Hadi’s former government : Ansar Allah does not want to delete the Islah party from the Yemen, and by various ways has had interaction and peaceful behavior with them; but influence of warlords and Saudis power imposing has deprived their independence.

Ansar Allah has focused his attention to Marib, in order to neutralizing these two key points that have been one of the cause of reinforcement of Abd Rabbah Mansour Hadi’s former government’s position in Yemen. If this issue not be achieved by Ansar Allah negotiation with the Islah party’s moderate front (that relies on the power of the Marib tribes), Ansar Allah military operation is not unexpectable.