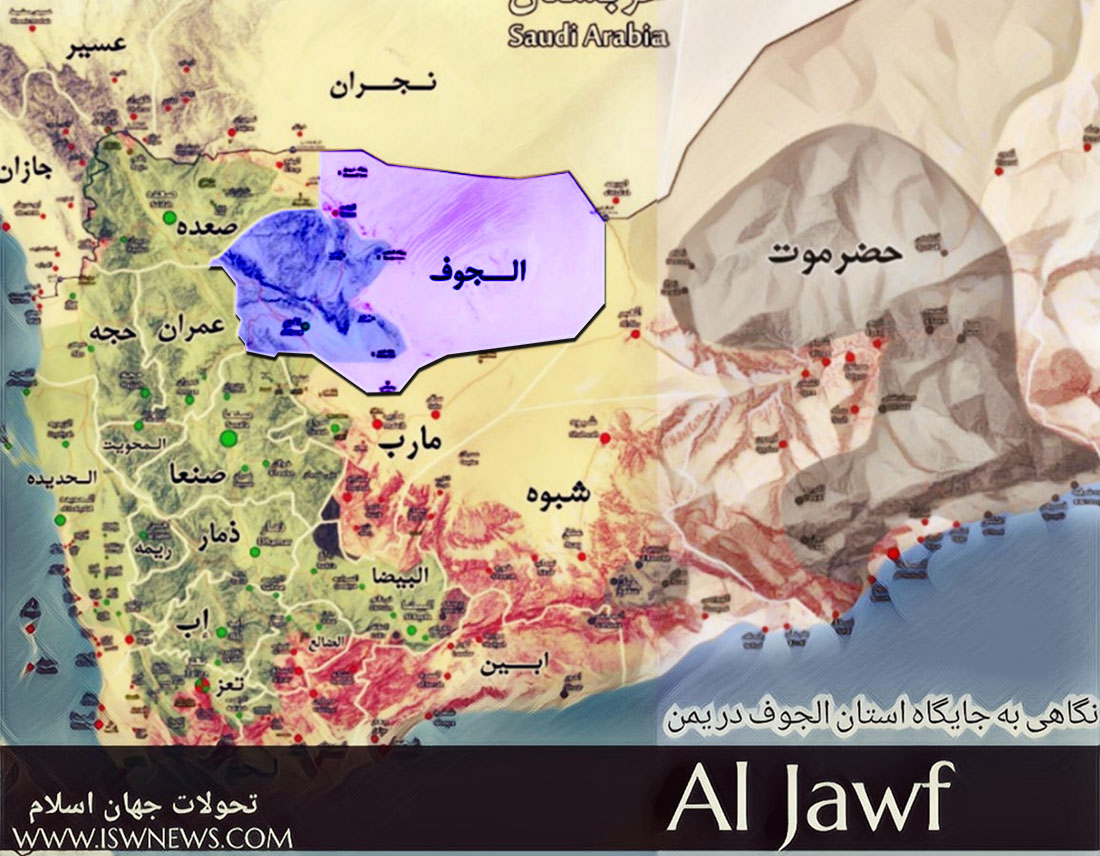 Al-Jawf province covers 30,620 km2 with population of 750 thousand in north of Yemen at the border with Saudi Arabia.
People in al-Jawf mainly do farming and herd raising and since the eastern half of the province is Rob’ al-Khali desert, the population is concentrated in mild weathered western part.

Al-Jawf is important for having ancient sights, overlooking provinces Saadah and Marib and neighboring with Sanaa, Amran and Hadhramout.

Al-Jawf geopolitical position has been important throughout the history as to connect Najran to Saba, Qataban and south of Yemen. This route had great trade importance and even Saudi coalition tried hard at the beginning of their assault to capture it.

Al-Jawf has been the front line of the war with Saudi coalition since the beginning of it and near the end of 2015 the coalition advanced until al-Jawf crossroad and Hazm towns in an operation in west of Marib and al-Jawf provinces. Following the operation Hazm town was captured on 18 December 2015.
Finally after several years of conflict, Ansar Allah reclaimed Hazm and western part of al-Jawf on 1 March 2020 in a heavy operation.
Ansa rAllah tried to reclaim Hazm but Ali Abdullah Saleh intrigue interrupted it since the forces dispatched to other fronts.

Tribes living in the province is the big tribe of Bakil most of whose subtribes are allies with Ansar Allah.

To control and use al-Jawf province Ansar Allah needs to fulfill following missions:
1. Claiming the western part of al-Jawf.
2. Controlling roads Hazm-Jawf drossroad and Hazm-Khadhra crossroad port at the border with Saudi.
3. Controlling all military bases in al-Jawf province.

In addition by absorbing the tribes, Ansar Allah can win the fronts in Marib province and defeat Saudi coalition in north of Yemen border fronts which is important in Yemen war.