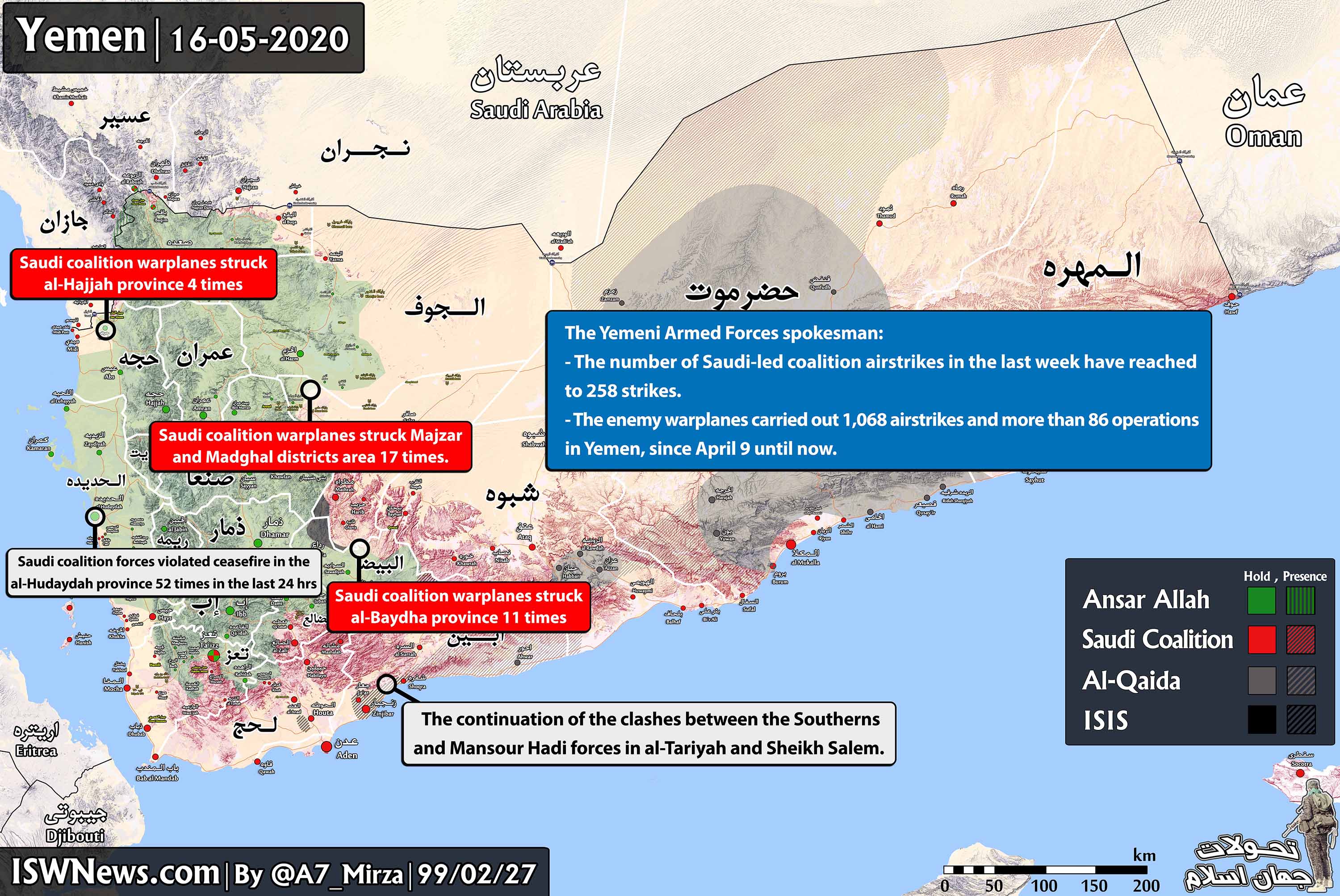 1. The Yemeni Armed Forces spokesman:
– In past weeks, enemy forces have carried out more than 10 operations in the al-Jawf, Marib, al-Baydha, al-Dhale, Taiz and Saadah fronts.
– The number of Saudi-led coalition airstrikes in the last week have reached to 258 strikes.
– The enemy warplanes carried out 1,068 airstrikes and more than 86 operations in Yemen, since April 9 until now.

3. Al-Hudaydah:
In the past 24 hours, Saudi coalition forces have violated the ceasefire 52 times in this province.

4. Abyan:
The continuation of the clashes between the Southerns and Mansour Hadi forces in al-Tariyah and Sheikh Salem. The claims of sides about advances are not true.