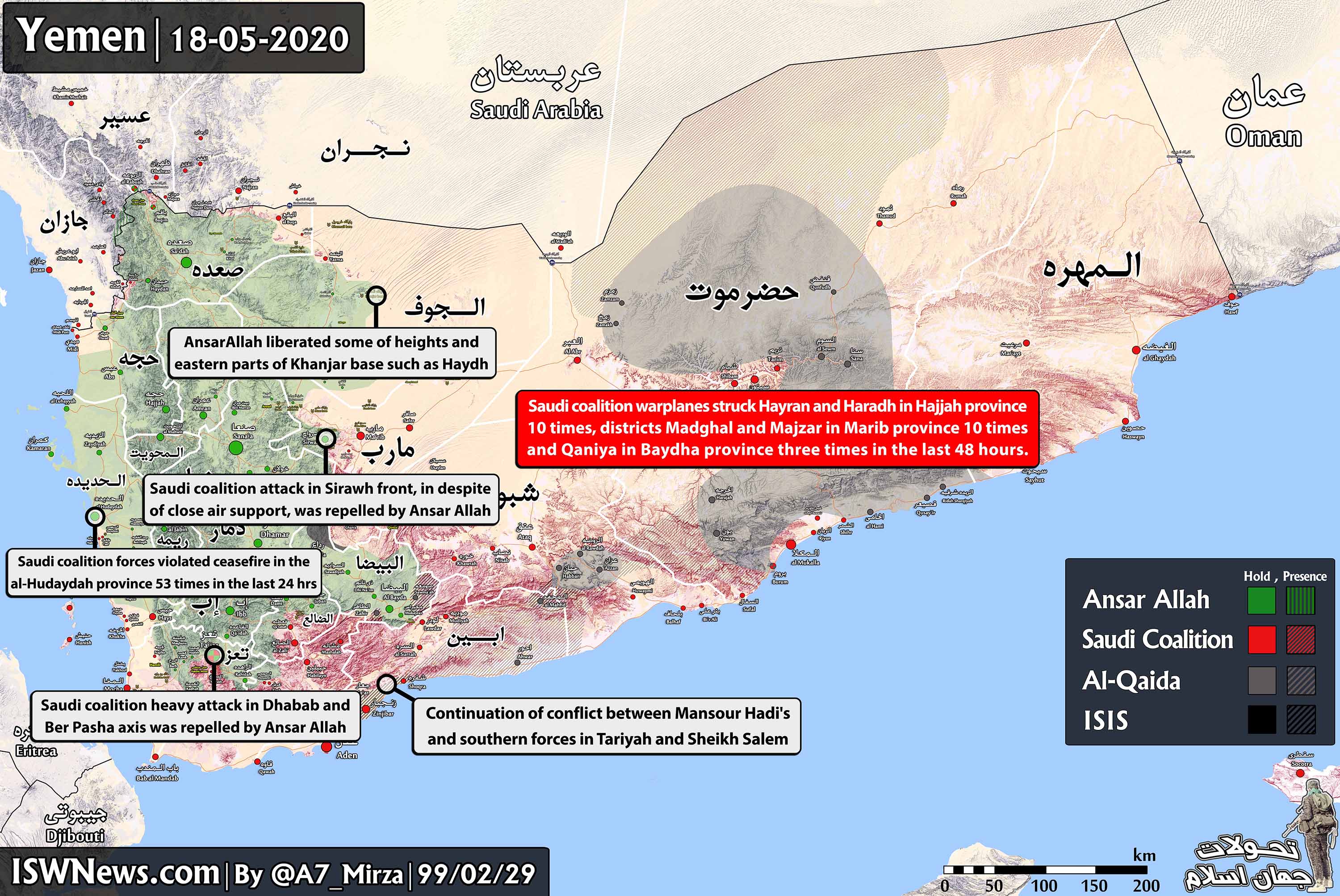 2. Al Jawf:
AnsarAllah liberated some of heights and eastern parts of Khanjar base such as Haydh.

3. Marib:
– Saudi coalition attack in Sirawh front, in despite of close air support, was repelled by Ansar Allah.
– Several Zilzal rockets fired toward Tadawin camp and Sahn al-Jinn base in north of Marib town.