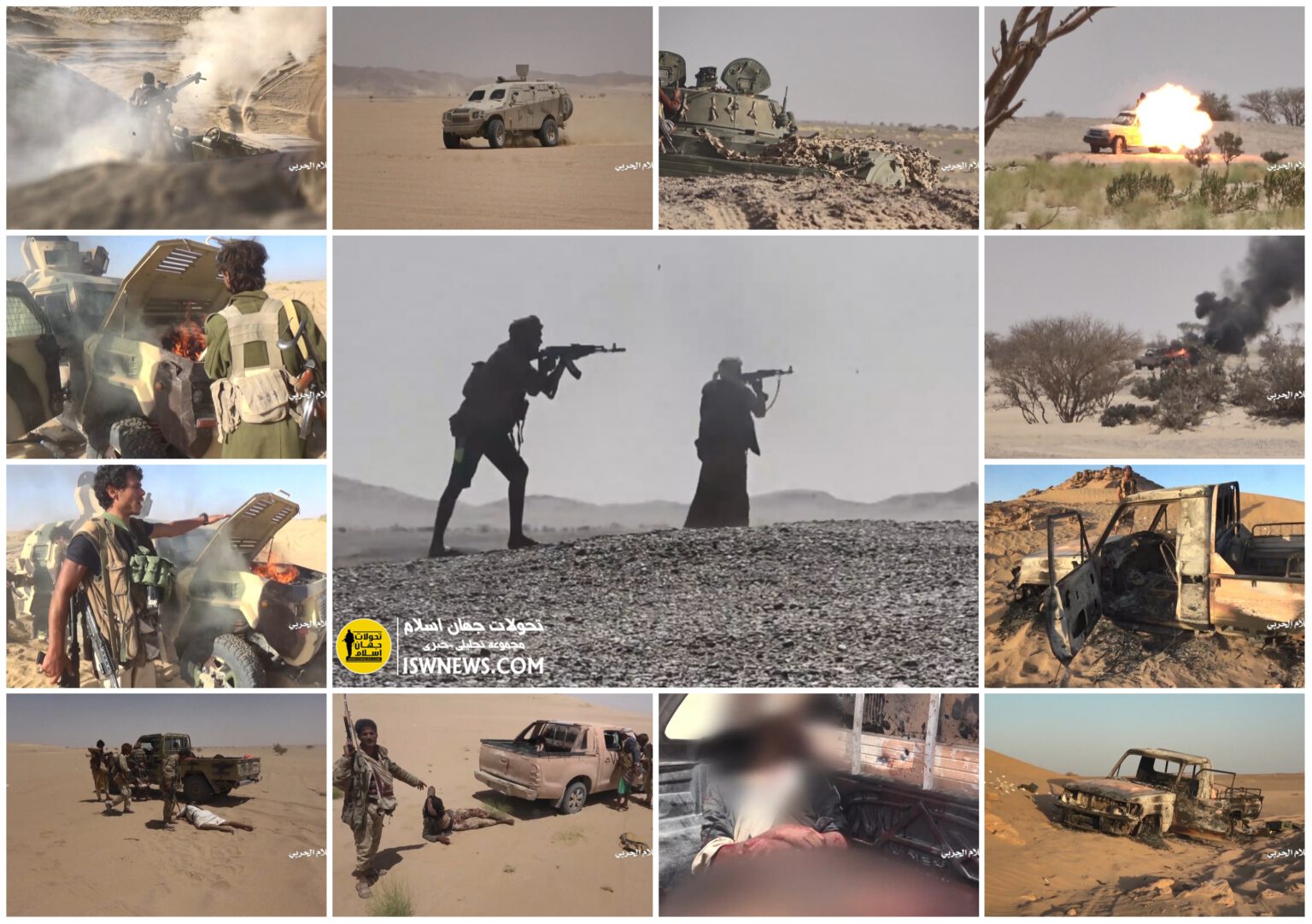 Photos showing the attack by Saudi coalition to al-Labanat base and surrounding area which was repelled by Ansar Allah and popular committees.

Saudi coalition forces with support of Marib tribes in recent days (21 and 22 May) attacked Ansar Allah positions from Labanat base to al-Aqsha’ and Nadar heights in east of Hazm front which was repelled by Ansar Allah decisive defense.

Ansar Allah’s tactic in this battle was to retreat apparently and tempt the coalition forces to open plains and target their AFVs and vehicles by accurate anti armor missiles.
Wrong tactics on ground and blind air support by Saudi coalition were main reasons of their failure. Saudi coalition warplanes performed more than 40 fruitless air strikes to these areas.