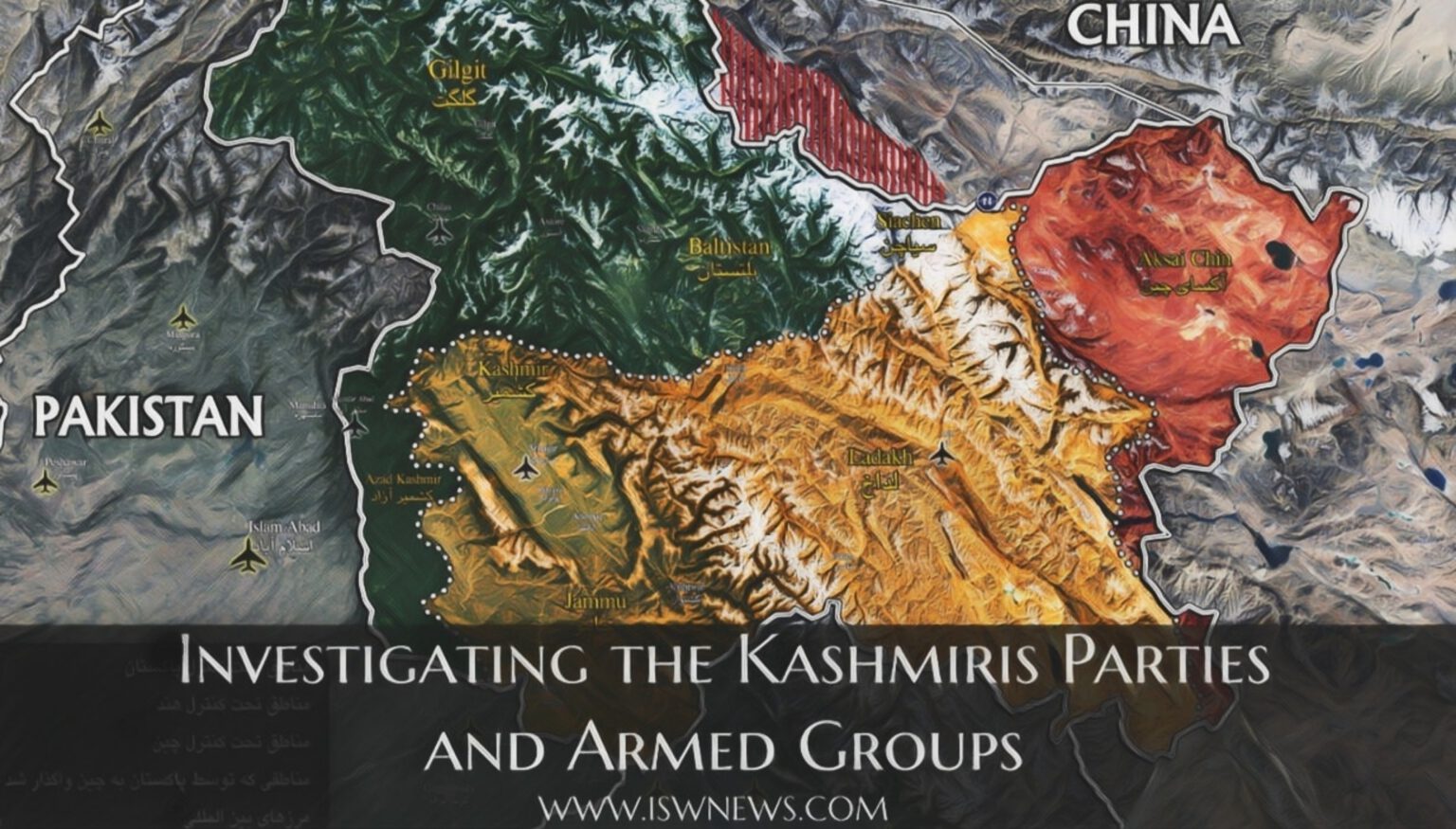 Kashmir is a region in central Asia which was always a source of struggle between Pakistan, India and China after second world war and British leaving India. Thus, there are parties and movements with different views which is one of the reasons Kashmir is so divided. Some want to annex to India, some want to annex to Pakistan and some want independence.

1. Political parties divide into three subcategories:
A) Parties endorsing annexation to India with mainly nationalism and secularism ideologies.
They include:
– Jammu & Kashmir National Conference party under leadership of Dr. Farooq Abdullah who believe Kashmir is part of India but should be self-goverend.
– Indian National Congress party which is not very far from Jammu & Kashmir National Conference party and have less popularity.

B) Parties which want independence, including:
– Jammu Kashmir Liberation Front under leadership of Yasin Malik was established in 1965 and its members reside in both India and Pakistan. The party is only political with no military activities.
– People’s Conference party under (ex-)leadership of Abdul Ghani Lone which has a military branch and less popular in Kashmir.
– Jammu and Kashmir Democratic Freedom Party led by Shabir Ahmad Shah which demands referendum to be accepted by everyone. The party has a military branch Muslim Janbaz with minimal activity.

C) Parties endorsing annexation to Pakistan and their policy is to divide Kashmiri parties and so far could gather 31 parties.
These parties reached consensus “All Parties Hurriyat Conference”(Tehreek e Hurriyat) on 9 March 1993 which is a united front of Kashmiri movements against Indian government and mainly active in politics.
In recent years, the Hurriyat Conference had internal conflicts and has two main factions, one of which is currently led by Syed Ali Shah Geelani and the other by Mirwaiz Umar Farooq. Farooq’s faction opposes Gilani’s faction. Umar Farooq’s faction is very popular in the city of Srinagar, and its military wing is known as the Umar al-Mujahideen.
Syed Ali Shah Geelani and Mirwaiz Umar Farooq and other party leaders have a tough competition to lead the Hurriyat Conference.
The main parties of the consensus include:

2. Militia groups fighting India for Kashmir and Jammu independence and are mainly supported by Pakistan (ISI). They include:
– Hizbul Mujahideen:
Hizbul Mujahideen is among the largest militia groups in Kashmir which fights for the independence against India. It was founded in September 1988 by Muhammad Ahsan Dar with HQ in Muzaffarabad town in free Kashmir.
India, USA and EU put this group in blacklist of terrorist groups but Pakistan and Turkey have close ties with it. In despite of their mission “peace and justice”, declined the negotiation and chose military action to end India’s occupation.
– Lashkar-e-Taiba:
This Salafi Jihadi group was founded in 1987 by Hafiz Saeed. They are accused by India for terrorist attacks to India parliament in 2001 and Mumbai in 2008 (In three days of attacks in Mumbai the militants bombed, fired and took hostages in 10 different locations such as malls, railway station, hospitals, etc., which resulted in 195 people killed and more than 300 injured.). The group is in blacklist of terrorist groups by Russia and western countries.
– Harakat al-Mujahideen or Harakat Ansar:
It was founded in 1986 and their forces were trained by al Qaeda bases in east of Afghanistan during Taliban reign over Afghanistan.
– Jaish-e-Mohammed:
It was founded in 2000 by Masood Azhar in Karachi with activities in Kashmir only. This group is in close relationship with Lashkar-e-Taiba and other Salafi groups of Pakistan.
– Al-Badr group:
This group separated from Hizb-ul-Mujahideen but is not active much in Kashmir.
– Ansar Ghazwat-ul-Hind:
Separated from Hizb-ul-Mujahideen which was founded by Zakir Rashid Bhat and follows al Qaeda with discords with Pakistan and Kashmir group coalition.
– Islamic State of Jammu and Kashmir:
This group had limited activities so far and India believes they are related to ISIS thus subdued them severely.