Latest Updates On Yemen 8 May 2018; The Latest Situations in Different Fronts of Yemen and the Socotra Situation. 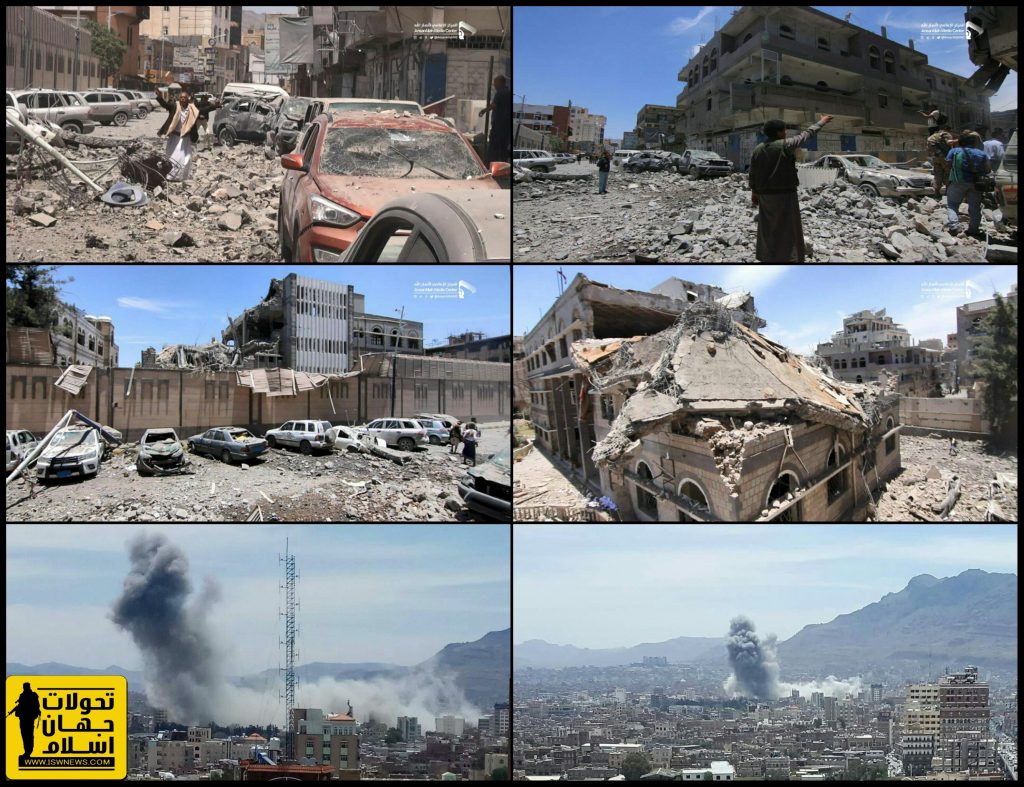 The latest news about the situation of Yemen in different fronts, from Socotra to Taiz & Al Bayda

1. A Qaher missile was launched, targeting the west side of “Mawza” district in Taiz province.
The Saudi coalition announced the disconnection of alBarh-Kahboob route.

2. A Badr-1 missile was launched, targeting the economical regions of Najran.

The Saudi coalition announced the interception of this missile.

3. The Saudi coalition airstrike on the Yemen’s Presidential Palace in Sana’a

According to the latest statistics, more than 66 people were martyred & injured in this attack. The Saudi-led coalition media sources announced targeting Yemeni top officials including “Mohammed Ali Al Houthi” & “Mahdi Al Mashat”. (photos of this news)

4. Southern Hirak’s request on the banishment of Emiratis from Socotra.

With regards to this matter, the Saudi expedition delegation after it’s surveys announced that within 48 hours they will release their foundings and the results about socotra’s tensions.

Some reports also indicate the agreement of the Mansour Hadi and Emirati government on the Socotra, which if confirmed, will be mentioned in the upcoming news.