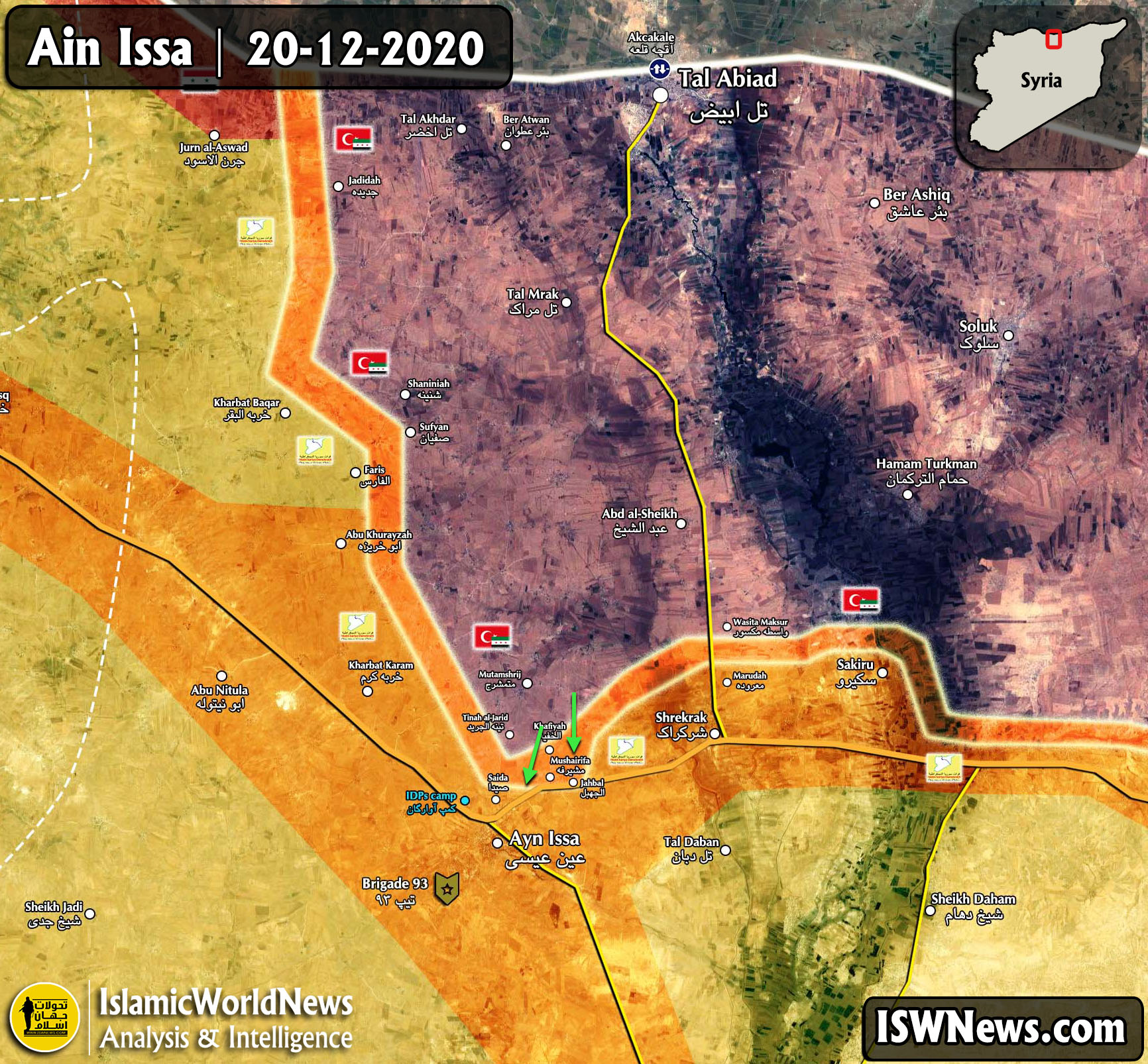 ISWNews Analysis Group: The 1st Corps, a Turkish-backed armed group, announced the start of a military operation to seize the town of Ain Issa in the northern province of Raqqa.

On 18 December, Turkish-backed militants launched an operation against positions of the Syrian Democratic Forces (SDF) near Ain Issa and managed to enter the villages of al-Mushayrifa, Jahbal and Tina al-Jarid. On the other hand, the SDF announced that it has repelled the attacks of Turkish militants and pushed back them from the claimed areas.

At least two SDF forces and nine Turkish-backed militias were killed during the clashes. A Syrian army soldier was also wounded during the bombardment of areas near the Silo of (Shirakrak)Ain Isa.

On 19 December, there were reports of Turkish-backed Militias sending equipment and troops in the northern areas of Ain Issa to launch a military operation. In the early hours of December 20, the militants of 1st Corps announced the beginning of a military operation to capture Ain Issa and the surrounding areas. However, so far the situation in the region is calm and no ground clashes have been reported.

The military operation by Turkey and its militants has started in the area of Ain Issa while the Russian military police and Syrian army forces are stationed alongside SDF forces in the Ain Issa region, trying to prevent Turkish militants from advancing in the region by creating more joint military posts.