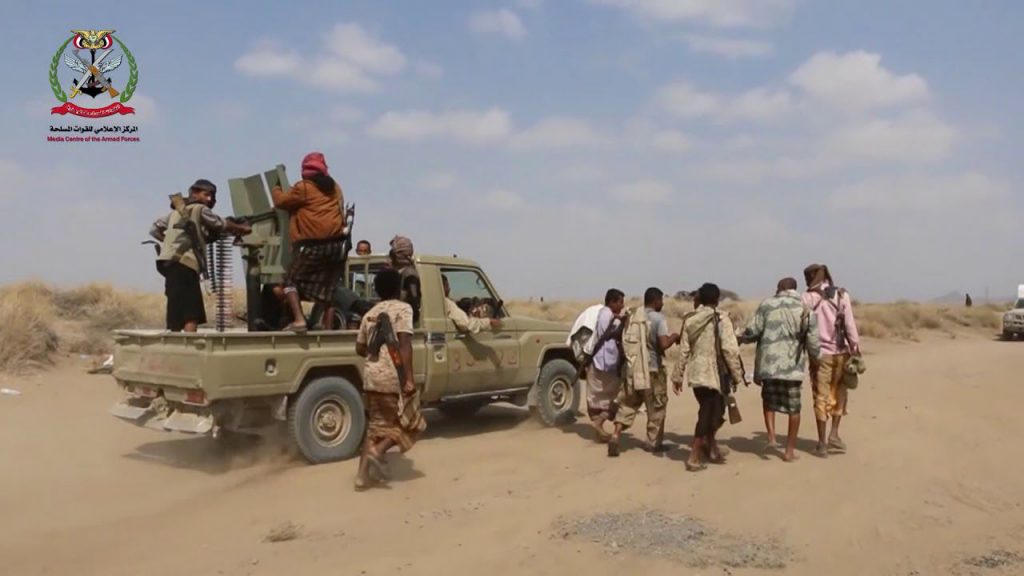 The fall of Moza` in the west of Taiz province ; President of the Supreme Political Council of Yemen Mahdi al-Mashat meets Mohamed al-Atifi the Defense minister of Yemen

The Mokha and the Waze`iyah crossroad and now the Moza` is the third achievement of the Saudi-led coalition in the area.

The domination of the western areas of the Ta’iz province, will undermines the positions of AnsarAllah on the northern and western sides of Ta’iz, and on the other hand, it is the basic needs for the operation of al-Hudaydah, which provides access to this province.

3. Firing a Zelzal-2 rocket towards the gathering of the Saudi mercenaries at the Alab borderway.

4. Mansoor Hadi’s claim to control over 70% of the Yemeni soil.