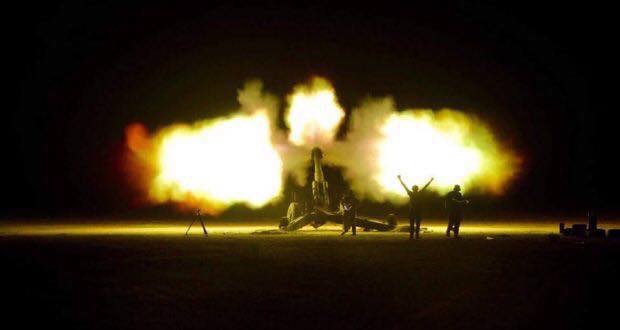 Popular Mobilization Forces (PMU) announced in a statement that, on Thursday afternoon, the 29th Division Artillery struck ISIS positions in the village of al-Atashah inside Syria.

The statement said, this bombardment has been successful with the exact hit on targets.

It should be noted that the ISIS who remained in the eastern part of Syria had repeatedly attacked the Hashd Al-Sha’abi (PMU) positions on the Iraqi border, which failed in the past.