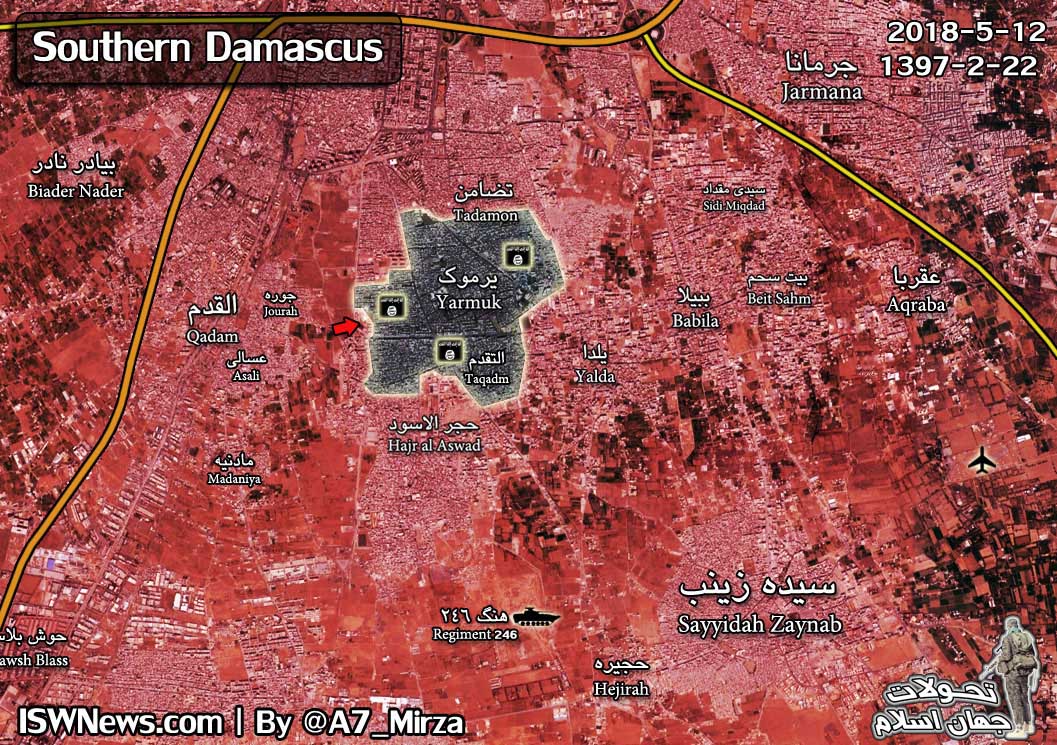 The Syrian army and allies managed to liberate the (formerly) Hamas office and Unrow school and also the Asad ibn Sabet school located in north of the Unrow school in northwest of Hajar al-Aswad district.

Also it should be noted that two days ago, with the evacuation of non-ISIS militants from the Babila, Beit Sahm and Yalda areas in southern Damascus, the possibility of launching an operation against ISIS terrorists from the eastern axes was also provided for the Syrian army.