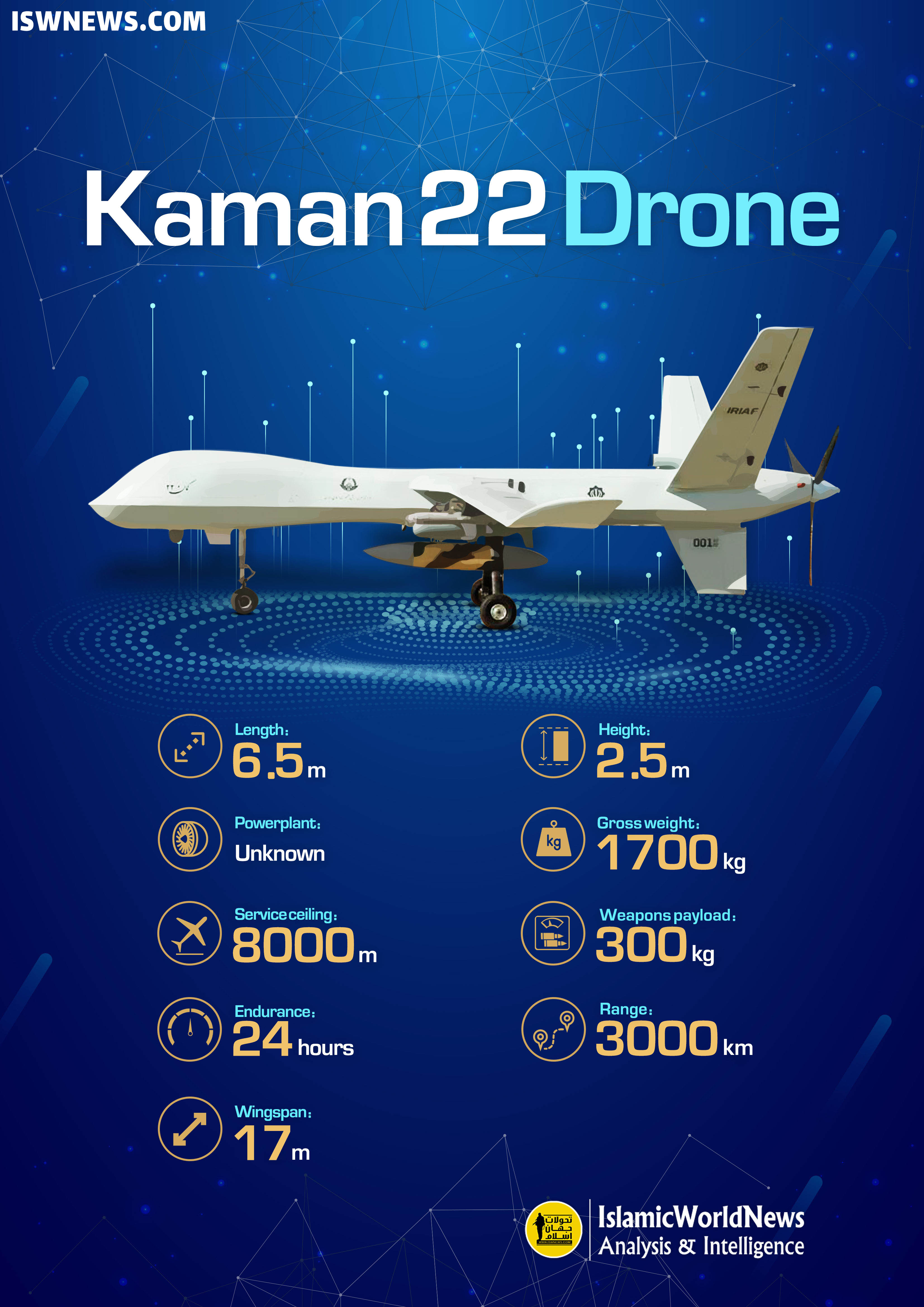 On February 24, the reconnaissance combat drone “Kaman 22” was unveiled in a ceremony attended by Brigadier General Nasirzadeh, commander of the Iranian Air Force.

“Kaman 22” is a new reconnaissance combat drone of the Iranian Air Force, equipped with various combat, optical and electronic warfare systems. This drone has the ability to identify, monitor and collect information and photograph distant targets and is designed based on the operational needs of the Iranian Air Force and is in the final stages of production.

The Kaman 22 drone with a range of 3,000 km and a 24-hour flight duration and carrying a variety of smart ammunition will bring a high combat capability to the Iranian army.

The Kaman 22 drone uses a design almost identical to the US MQ-9B drone and has seven pylons for carrying weapons, with six pylons under the two wings and one pylon under the fuselage.