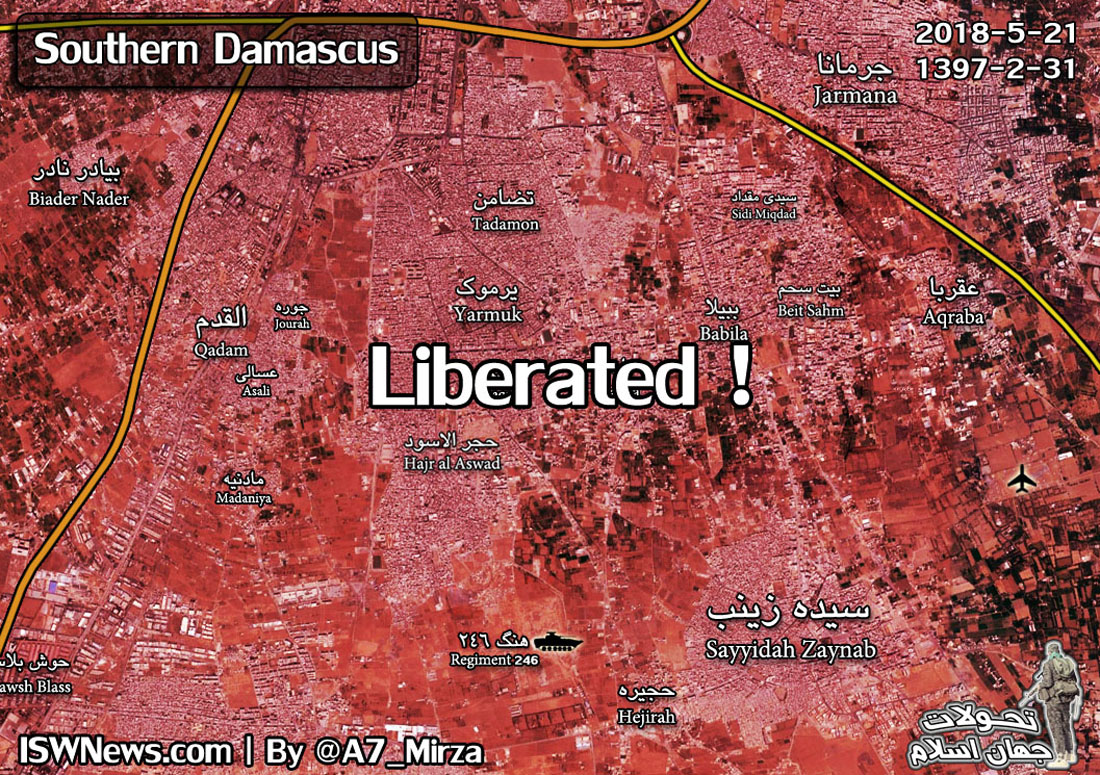 As we said in yesterday’s news about the Syrian government agreement with ISIS to expel this terrorists from the southern Damascus, today following this issue the General Command of the Syrian Armed Forces published an announcement and acknowledged the complete liberation of the Southern Damascus from ISIS terrorists.

Thus, with the liberation of southern Damascus, all of Damascus and Rif Damascus Governorate were freed from the existence of various armed groups after 7 years.

We honor the memory of all our fallen dear ones in the path of freedom, their pure blood were spilled on the sands of Levant next to the shrine of Sayyida Zainab (peace be upon her).