Ceasefire began in Palestine after 11 days! 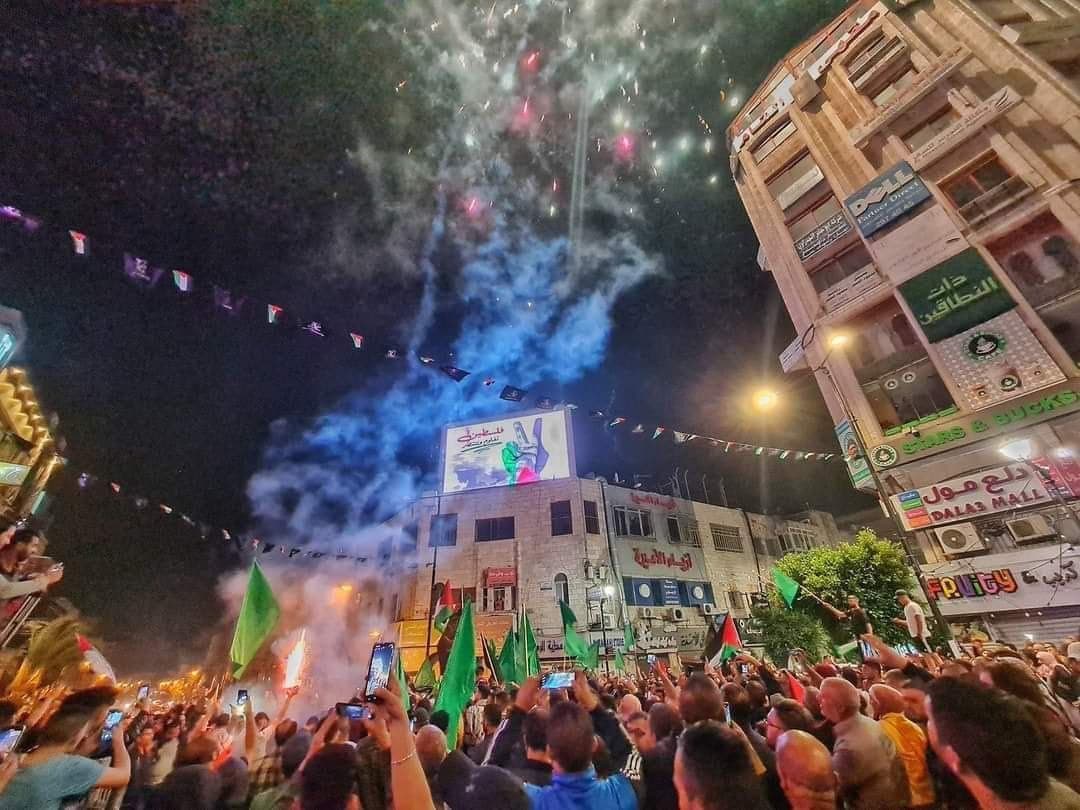 ISWNews Analysis Group: 11 days after the start of the war in Palestine, a ceasefire agreement between the Israeli regime and the Palestinian resistance groups began at 2 a.m. on May 21.

This morning, as the ceasefire began at 2 a.m., hundreds of people took to the streets in various Palestinian cities to celebrate the victory. Palestinians living in the Gaza Strip and the West Bank, including the city of Jerusalem, celebrated the victory of the nation and the Palestinian resistance against the Zionist enemy.

Minutes before the ceasefire began, an Israeli journalist criticising ceasefire wrote: “It is very strange that the Israeli settlements have been targeted by rockets for an hour, but we are counting down the hours until 2 am and the beginning of the ceasefire!”

For the past 11 days, the Israeli army has tried unsuccessfully to suppress the Palestinian resistance by targeting residential areas and civilian infrastructures with excuse of targeting Hamas points. In general, the Israeli army sought to assassinate the senior commanders of the Palestinian resistance groups, which also failed. Although several field commanders of the resistance groups were assassinated, Israel, despite using all advanced tools and equipment, failed to identify high-ranking commanders of the resistance, especially “Muhammad al-Daif,” the commander of Izz al-Din al-Qassam Brigades, the military wing of Hamas.

It should be noted that during the 11 days of bombing of different areas of the Gaza Strip by the Israeli regime, 243 people, including 66 children and 39 women were martyred and 1910 others were injured.

The widespread use of reconnaissance combat drones in the war was evident, and most drone reconnaissance flights were aimed at detecting where Palestinian resistance rockets were fired into the occupied territories. The drones also served another purpose, which was to identify resistance tunnels and the movement of fighters. which, according to Israeli officials, the Israeli Air Force has failed to destroy the Hamas tunnels.

Netanyahu claimed in a statement that the attacks on Gaza destroyed 100 kilometers of underground tunnels and killed 200 Palestinian group commanders. However, the statistics provided by the Israeli Prime Minister are significantly different from the facts on the ground.

The high rate of rocket fire compared to previous years was another factor that surprised the Israeli army. Palestinian resistance groups fired more than 4,100 rockets into the occupied territories in 11 days. According to some reports, the Palestinian resistance has at least 40,000 rockets ready to fire. This prompted Israeli officials to reconsider whether or not to continue the war in Gaza.