Latest Military Situation in Southwest of Yemen 28 May 2018; Hudaydah about to Fall 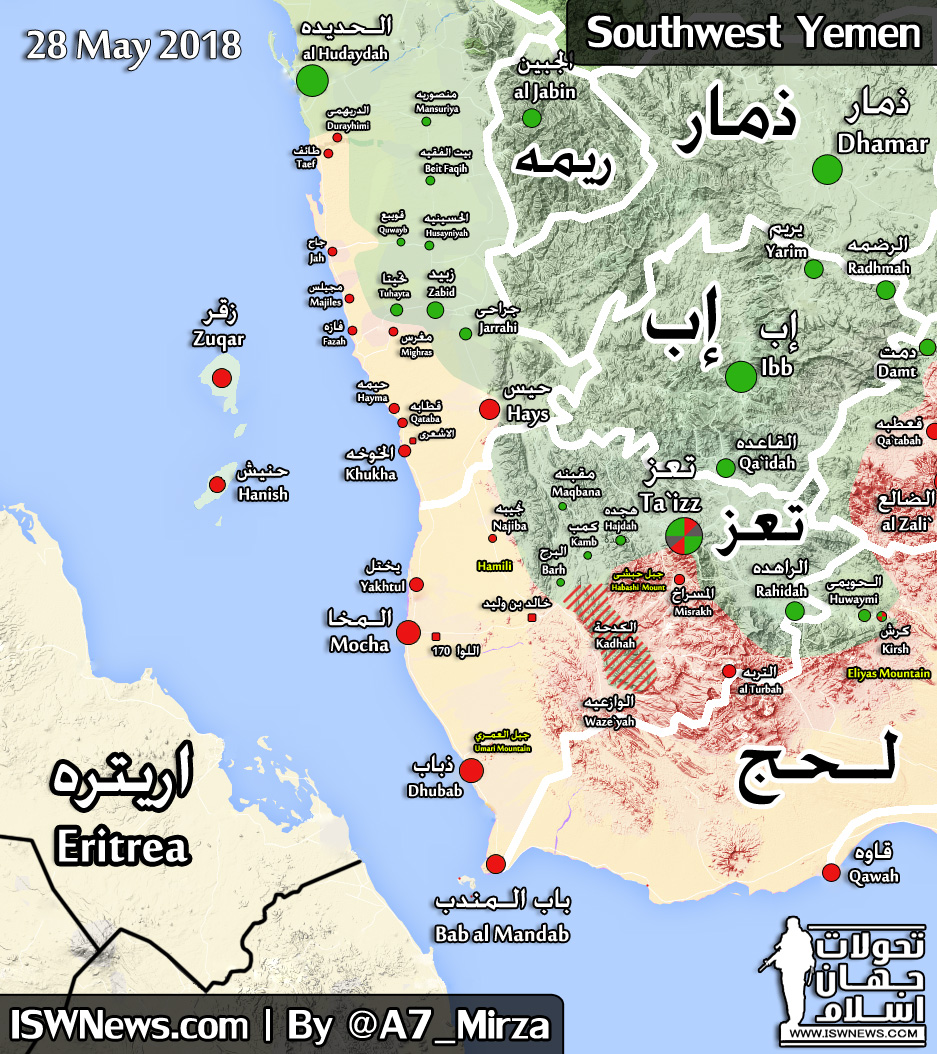 Islamic World News Analysis Group: The Southerner and Emirati forces with support of the Saudi coalition are advancing along the southern shores of the Al-Hudaydah; the center of the al-Durayhimi region collapsed.

Al-Hudaydah airport is still in control of Ansarallah forces and the images published by the opposition media are old.

It should be noted that the port of al-Hudaydah is the only supply road for the besieged people of Yemen, whom lives in western side of the country. So with the collapse of this port, in fact all roads to outside world will be closed.

Al-Husseiniyah, al-Tuhayta, Zubayd and al-Jarrahi provinces continue to resist against the Saudi and Emirati coalition ground invasions and air strikes.