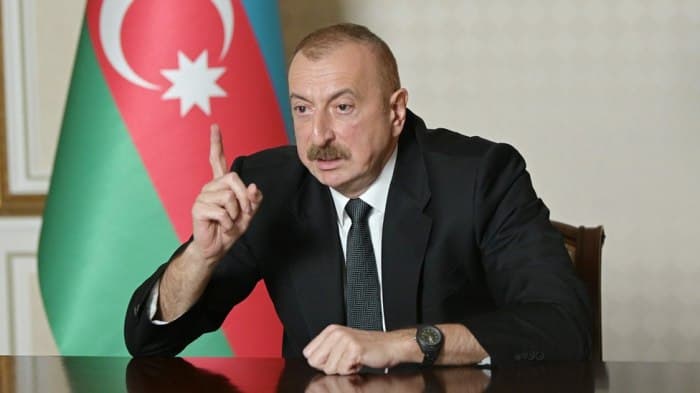 Elham Aliyev’s remarks in the Khojavend region, the southeastern territories of Nagorno-Karabakh and the proximity of areas controlled by Armenian forces can be seen as a signal to the other side. The remarks come as Armenia weakens after the war and is in a political and judicial crisis after the National Assembly elections.

The anniversary of the summer clashes of July 14, 2020 and the martyrdom of 11 Azerbaijani servicemen, including Polad Hashimov, has entered the political calendar of the South Caucasus region. The event is considered the beginning of the September 27 military operation of the Azerbaijani coalition in occupied Nagorno-Karabakh against Armenian and Armenian separatists. Although the end of the dispute was signed on November 10 of this year after 44 days between the two parties, disputes over the implementation of the terms of the contract remain.

July is still tense, and can still be considered the start point of another war. Especially since the media once again reported more than three major clashes between Armenian and Azerbaijani forces last week. The first clash on Friday, July 9 on the border of Azerbaijan’s Gadabay district and the northern part of the Nagorno-Karabakh region with Armenia’s Chambarak region was reported by the Ministry of Defense of Azerbaijan and the positions of these forces were shelled in Zamanli village.

The clashes took place near the Artsvashen (Bashkend) area which is Armenia’s exclave inside Azerbaijan. The 40-square-kilometer Artsvashen was occupied by Azerbaijani forces in 1992 after the start of the war between Armenia and Azerbaijan, and its Armenian inhabitants were displaced to Armenia.

The second clash took place on Tuesday July 13 in the town of Shusha in Nagorno-Karabakh (Artsakh) and near the Russian peacekeeping post. A disputed town which was inhabited by a mix of Armenians and Azeris before the Nagorno-Karabakh crisis began. The city was captured from Azerbaijan by Armenians in 1992 and came under Armenian control. Shusha (Shushi) was captured by the Azeri side in the last days of the war last year.

The third clash took place on Wednesday, July 14, coinciding with the anniversary of Hashimov’s death on the northwestern border of Nakhchivan with Armenia and near the town of Sadarak in the Nakhchivan Autonomous Republic. An Azerbaijani soldier was wounded and Azerbaijani Nakhchivan army forces exchanged fire with the Armenian side. This area is located near the borders of Turkey and Karki (Tigranashen) village which is Azerbaijan’s exclave inside Armenia. Karki was occupied by Armenia in 1992 and its Azeri inhabitants were displaced.

The fourth clash also took place on July 19 in the same Sadarak-Yersakh border area between the two sides which led to injury of several people including the head of Yeraskh community of Ararat region Rudik Ogikyan in Yeraskh village.

In addition, the Republic of Azerbaijan has two other exclaves in northern Armenia, which are part of the 1992 occupied territories. Barkhudarly and Sofolu (Barkhudarlu) areas of Rayon Ghazakh (Qazax) with an area of 22 square kilometers are located in the Tavush district , Armenia. Also, the Yukhari Askipara exclave (Azeri: Yuxarı Əskipara – Armenian: Verin Voskepar) is also located inside the Tavush district.

According to the terms of the ceasefire, all these areas shall be returned to their country and the displaced have the right to return to their place of residence.

Azerbaijan: Zangezur belongs to us!

Of course, Azerbaijan’s interpretation of this corridor is slightly different, so that in addition to a transport corridor, it has officially made a territorial claim to the southern parts of Armenia. The Zangezur and Goycha regions claimed by Azerbaijan include the Meghri, Kapan, Sisian and Goris, which were ceded to Armenia during the former Soviet Union.

The President of Azerbaijan on Thursday, July 15, at a ceremony of handing over housing units and cars to the wounded and families affected by last year’s war in the town of Khojavand, Nagorno-Karabakh (Azerbaijani-controlled areas) explained Azerbaijan’s position on territorial policy and the issue of refugees.
Elham Aliyev spoke about the return of the Goycha and Zangezur regions to the rule of the Republic of Azerbaijan and the return of the Azeris of Armenia And he mentioned this issue as a necessary condition for the permanent implementation of the peace agreement with Armenia. (About 300,000 Azeris were displaced from Armenia from the Goycha and Zangezur and Yerevan regions between 1988 and 1991, causing Armenian-Azeri tensions. This group is known as the “Yeraz” and is part of the Aliyev family.)

He stated that the political solution is the most logical option for this position. Emphasizing his country’s determination to implement these cases, Aliyev warned the Armenian side to implement the terms of the ceasefire agreement before its military action and to hand over the construction of the Zangezur corridor to Azerbaijan.
The President of Azerbaijan also claimed the dissolution of Autonomous Republic of Nagorno-Karabakh and creation of the Nagorno-Karabakh Economic Zone. He stressed that the residents of this region must accept Azerbaijani citizenship or go to Armenia forever. Aliyev also said that if the Armenian authorities in Nagorno-Karabakh resist like last year war, he will hit them with an iron fist and will make them runaway like a dog!

Does Aliyev send a message of war?

Elham Aliyev’s remarks in the Khojavend region, the southeastern territories of Nagorno-Karabakh and the proximity of areas controlled by Armenian forces can be seen as a signal to the other side. The remarks come as Armenia weakens after the war and is in a political and judicial crisis after the parliamentary elections. So another war between Azerbaijan and Armenia is not so unlikely and could happen again.
The Caucasus region, with a density of 80 ethnic groups and religions of Islam, Christianity, Jews and Zoroastrians, is one of the most tense military and security regions in the world. This geopolitical disorder is the result of the creation of small ethnic states where races live intertwined.