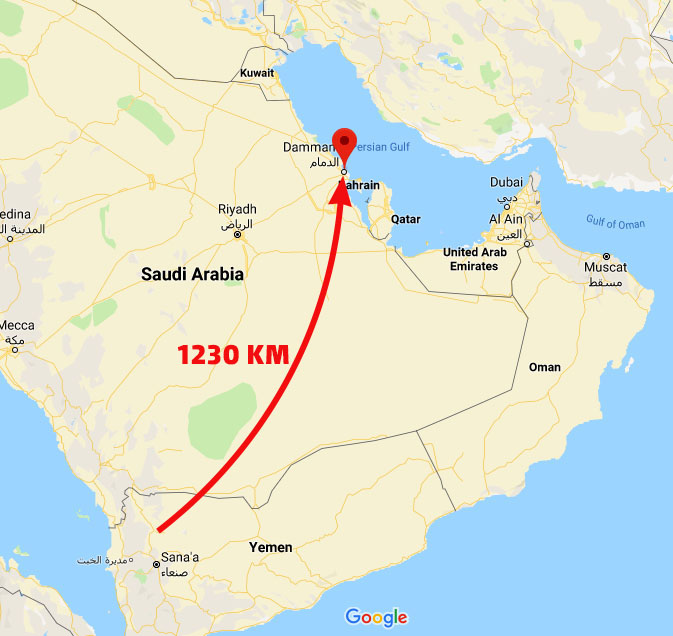 ISWNews Analysis Group: Late on September 4, Ansar Allah attacked positions of Saudi coalition in the cities of Al-Dammam, Najran and Jizan in eastern and southern Saudi Arabia with several missiles and drones.

The Saudi coalition claims to have intercepted and destroyed three missiles and three suicide drones in the skies of Dammam, on the southern coast of the Persian Gulf.
The extent of the casualties is unknown, but coalition claims that two people were injured and several houses were damaged due to the collapse of one of the missiles.

Two other missiles were also fired at the cities of Najran and Jizan in southern Saudi Arabiab which Saudi coalition claims to have destroyed them.

Based on Ansar Allah’s past similar operations, it is possible that Ansar Allah used Zulfaqar missile and Sammad 3 drones to target the city of Dammam.