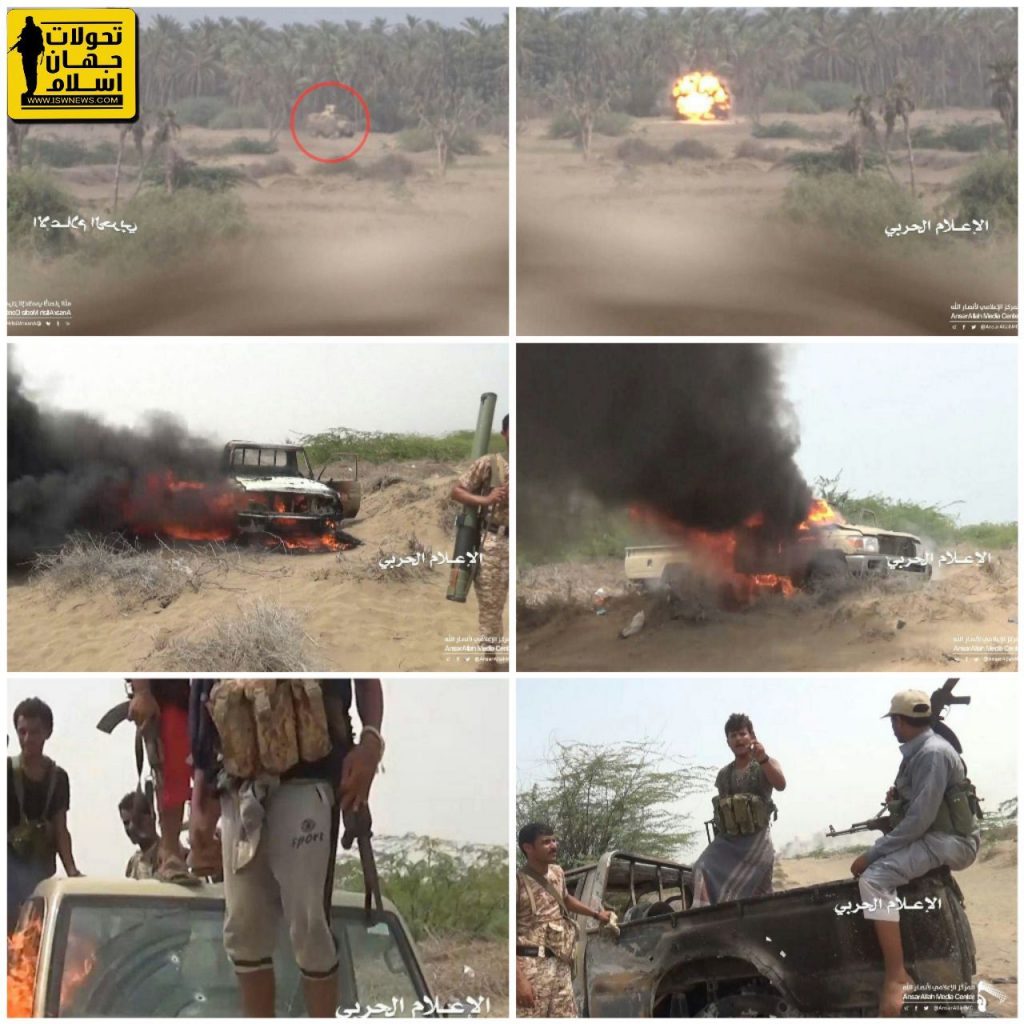 The leader of Ansarallah: “Takfiris, under the name of “Jihad in the way of Allah”, are engaged in Yemen in 11 different frontline, serving America & Israel.”

Since two days ago,the Ansarallah attacks against western coast increased, which the UAE-backed forces in southern parts of Tuhayta and Al-Jarahi went under fire.

In these clashes, one Apache helicopter of coalition (UAE) was shot down.

Since the Ansarallah goals was met in its hit and run attacks, there is a possibility to take back the mentioned regions.

2. The Army and AnsarAllah attacks in Lahij.

The Saudi-led coalition in Karash and Huwaymi got attacked by the Army and Ansarallah (the pro-coalition media sources said that the attack was repelled).

Takfiris, under the name of “Jihad in the way of Allah”, are engaged in Yemen in 11 different frontline, serving America & Israel.”

Before this, he had a meeting with Mansour Hadi in Yemen, in order to establish a ceasefire and to resume the negotiations.