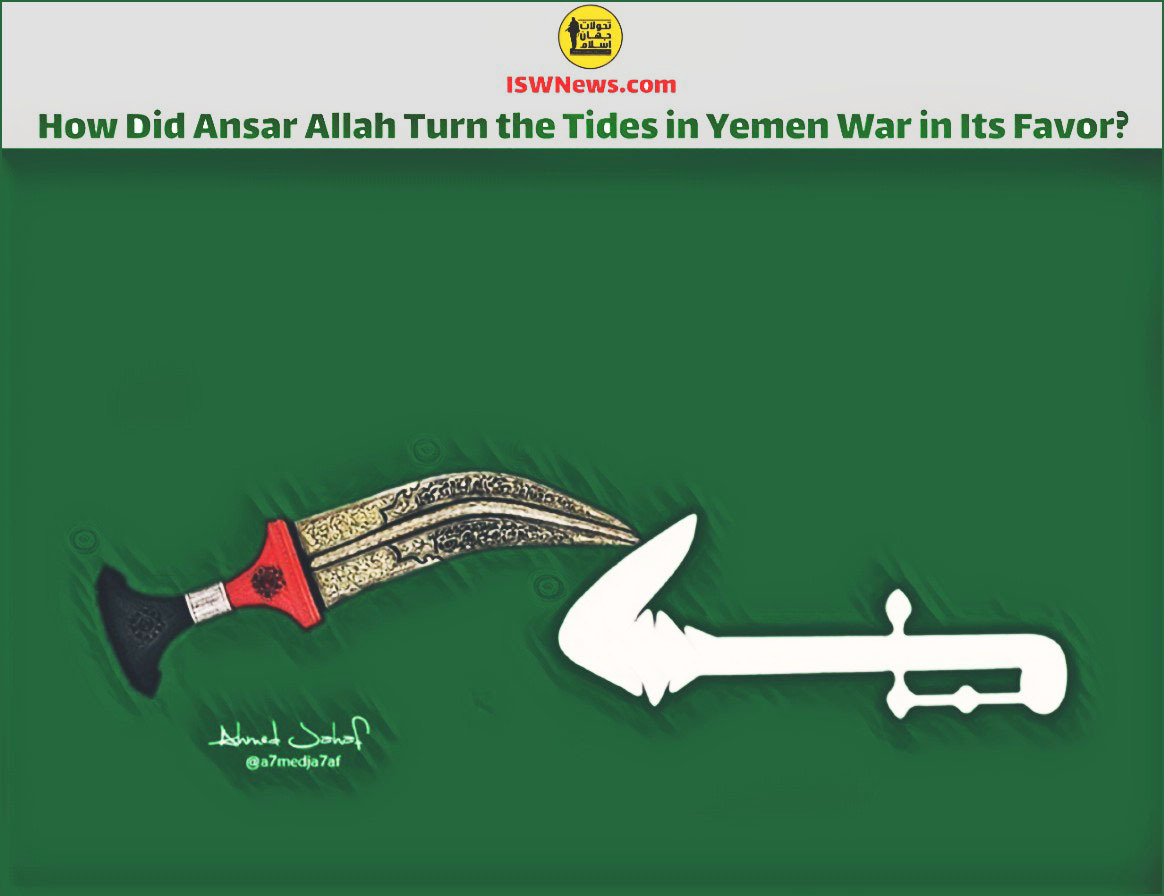 After 81 months of heavy fighting, the situation on the battlefield has changed in favor of Ansar Allah, and the main goal of the Saudi coalition has changed from capturing Sanaa and Saada to trying to keep the Marib!

The Saudi coalition operation to capture the west coast of al-Hudaydah began on November 2017 with the aim of cutting off Ansar Allah access to the sea, from the two axes of the south of al-Hudaydah province and the north of Hajjah province. The UAE provided the main support to the operation, and coalition forces advanced into the eastern and northeastern strip of al-Hudaydah within a year.
With Ansar Allah resisting on the coast and increasing airstrikes of coalition, civilian casualties increased, and finally representatives of Ansar Allah and the resigned government of Mansour Hadi signed the Stockholm Agreement on December 18, 2018.

As we mentioned in the analysis of the battles in the west coast of Yemen, Ansar Allah’s strategy against the Saudi coalition was a long-term and erosive one. The hit and run attacks and the use of various tactics plunged the Saudi coalition into an erosive war, which eventually led to the withdrawal of Saudi-led forces from the al-Hudaydah fronts in the past week without firing a single bullet.
Following the withdrawal, there was speculation about a secret agreement, the UAE betrayal of Saudi Arabia, etc., but none of these speculations were true. The command of the Saudi coalition stated that the main reason for the withdrawal from al-Hudaydah was the preservation of Marib, and announced the sending of reinforcements to prevent the city from falling to Ansar Allah.

Marib has now become a barrier against the flood of Ansar Allah attacks, the collapse of which could overthrow the remainings of the Hadi government in Yemen, like the flood of al-Aram that destroyed the Marib Dam! We know very well that the liberation of Marib is another heavy defeat for the Saudi coalition, and in addition it removes the southerners obligations to their agreement with Mansour Hadi because they do not have to give concessions and shelter to a weak and failed government.
In this regard, the UAE has planned to dominate the east and south of Yemen by increasing the position of the descendants of the former Yemeni sultans. In al-Mahra, they support Sheikh Abdullah bin Isa Al-Afrar (son of Sultan al-Mahra and the island of Socotra) and in Shabwa province, Sultan Awad bin Al-Wazir Al-Awqli (head of the al-Awql tribe) and seek to weaken the position of figures affiliated with the resigned government of Mansour Hadi.

Ansar Allah has now reached the entrance gates of the most key point in central Yemen, the city of Marib. And on the other hand, it has recaptured the west coast of Hudaydah “without firing a single bullet”.
These field victories have increased Ansar Allah power in negotiation table, but now the Saudis have lost interest in a negotiation. They have practically turned their backs on the negotiations with heavy airstrikes on Sanaa and the killing of civilians and Ansar Allah prisoners.
According to Ansar Allah officials, the Saudis rejected Ansar Allah’s conditions for removing the siege and stopping the attacks in the talks, and closed the door to negotiations with the Iranians. The Saudis are making extensive preparations to defend their last major stronghold in Marib, and future developments in Yemen will determine Marib fate.
It is not clear what positions Ansar Allah will take before or after the capture of Marib. What is clear is that the majority of the people, the tribes, the parties, etc., support Ansar Allah and this will sooner or later hand over the power of Yemen to the Resistance.

ISWNews
ISWNews Analysis Group is a completely independent organization maintained by a team of experts and volunteers which focuses on armed conflicts and crises. Our mission is to tell the untold, which is usually censored by the main stream media. Step in battles of the region with us!
Share it:
Ansar Allah Battle of Hudaydah Marib battle Yemen Yemen war