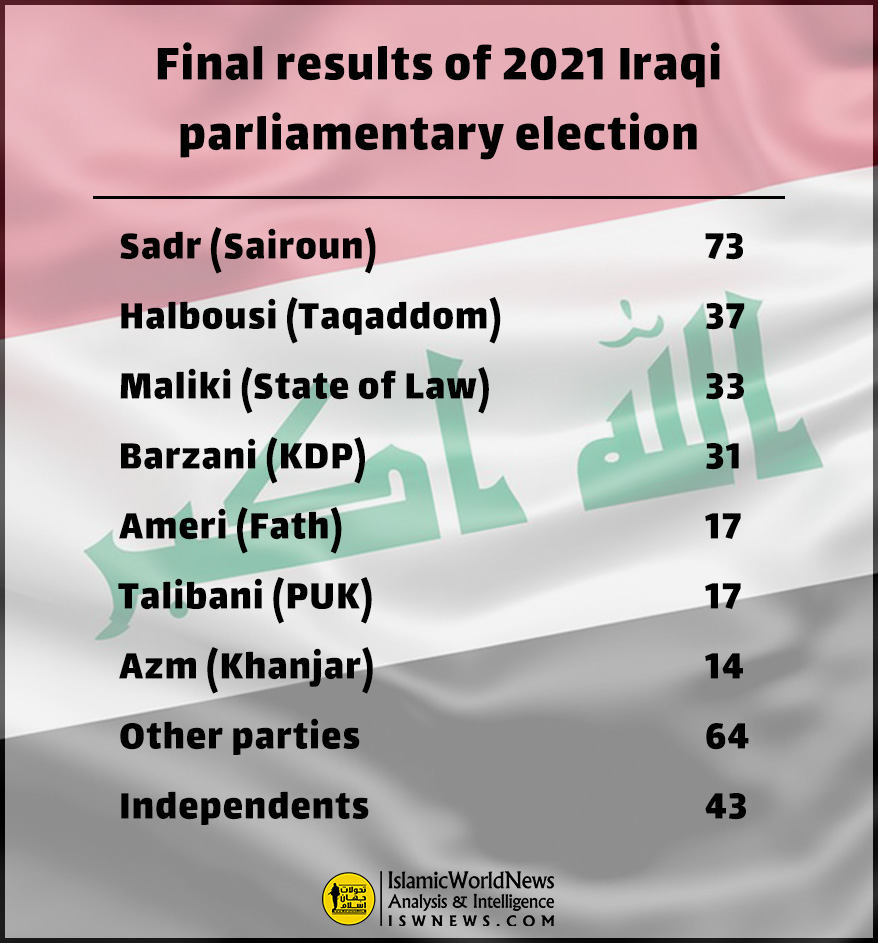 ISWNews Analysis Group: On November 30, the Iraqi High Electoral Commission announced the final results of parliamentary elections after a review and confirmed Shiite cleric Muqtada al-Sadr as the biggest winner, securing 73 out of Parliament’s 329 seats.

About 50 days after the Iraqi parliamentary elections, Iraq High Electoral Commission announced the final results of the October elections by amending the final results and changing five seats in the provinces of Kirkuk, Baghdad, Erbil, Basra and Nineveh.

Voter turnout in Iraq’s elections was 44 percent, a record low in the post-Saddam Hussein era, signaling widespread distrust of the country’s leaders and the vote for a new parliament.

Based on the final results announced, parliament seats are distributed among coalitions and political groups as follows:

According to the published statistics, there have been practically very few changes and no change in the order of the victorious coalitions.

It is noteworthy that the results of the Iraqi parliamentary elections were widely opposed by many Iraqi political groups, and a number of parties called for a review of the elections. Now, with the announcement of the final results after minor changes by the Iraqi High Electoral Commission, the ground for the continuation and intensification of the Iraqi popular protests remains.

Read more on the topic:
The final results of the Iraqi election announced, Sadr is on top!
Protests against the election results in Iraq
Iraqi security forces clash with protesters in Baghdad; Dozens injured + Video