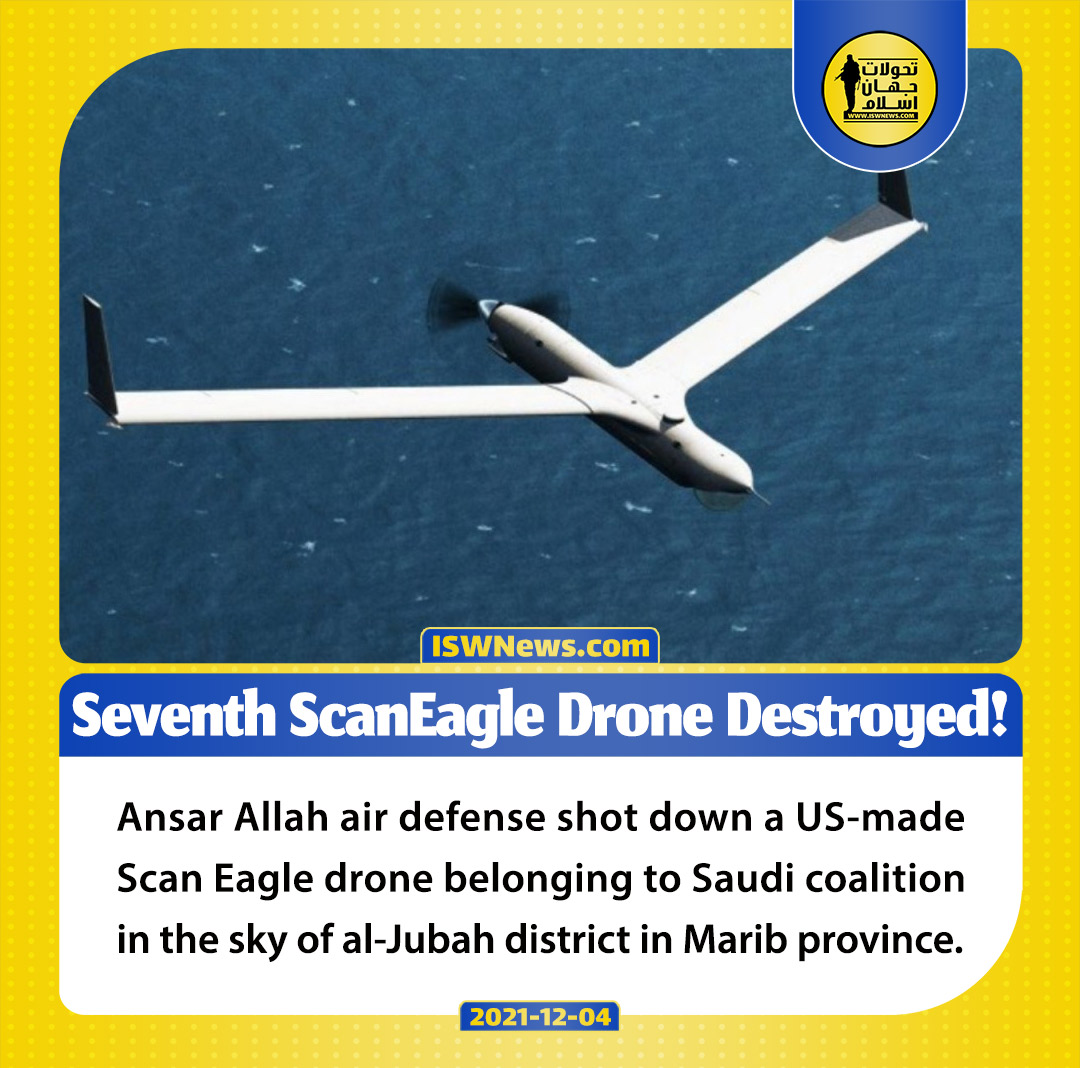 According to the spokesman for the Yemeni Armed Forces, Brigadier General Yahya al-Sari’, a Saudi coalition ScanEagle drone was shot down this morning by the Ansar Allah air defense systems in the skies of al-Jubah district in the southern province of Marib.

This is the seventh US Scan Eagle drone to be shot down by Ansar Allah in Yemen.

The ScanEagle is a spy drone equipped with an electro-optical and infrared camera that does not require a runway to fly. The drone can fly for more than 20 hours, which allows for reconnaissance operations.