Ansar Allah Shot Down the Tenth ScanEagle Drone in Yemen! 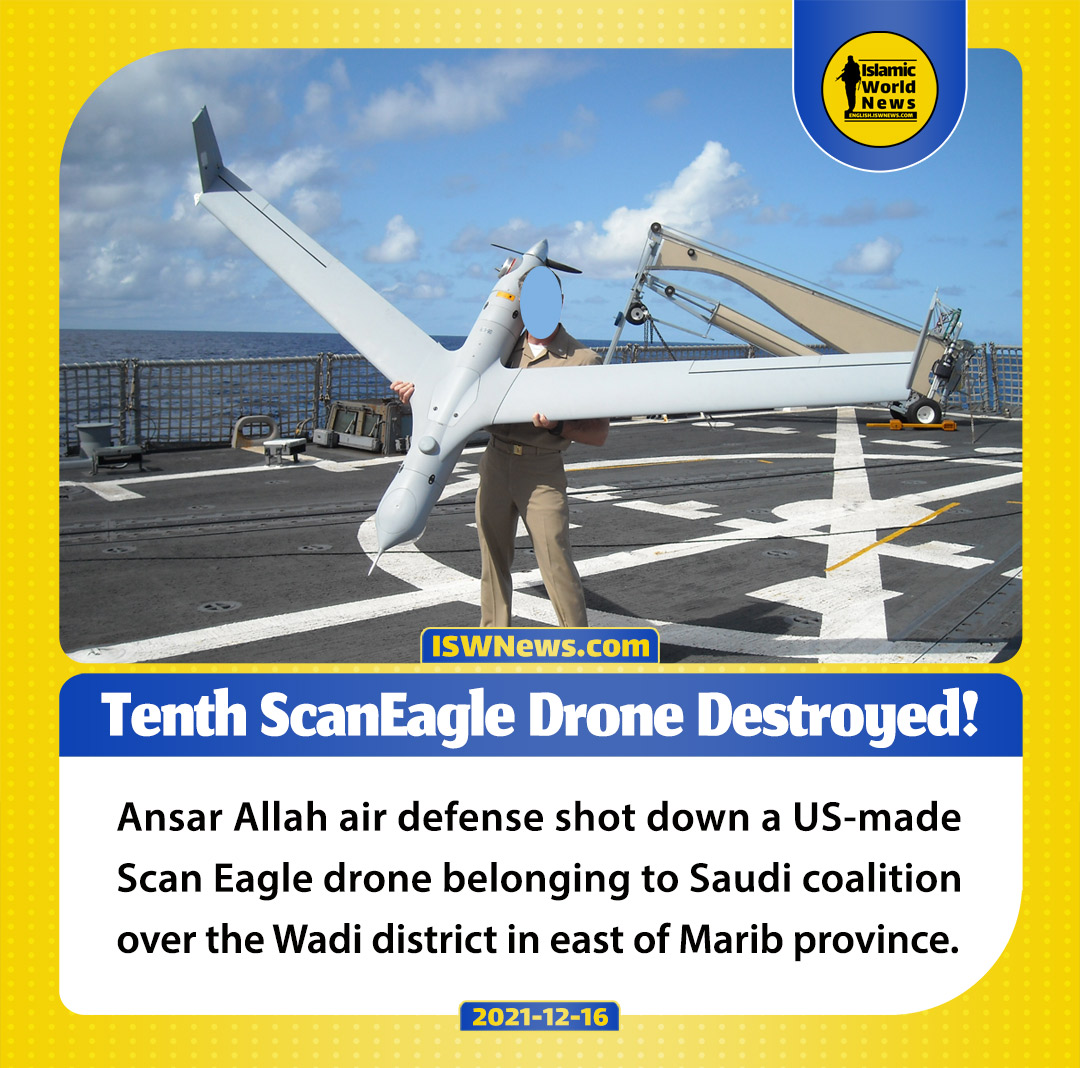 So far, this drone is the tenth US Scan Eagle drone have been shot down by Ansar Allah during the Yemen war.

The ScanEagle is a spy drone equipped with an electro-optical and infrared camera that does not require a runway to fly. The drone can fly for more than 20 hours for reconnaissance operations.

The drone plays an important role in gathering information and images of Ansar Allah positions on the outskirts of Marib. Thus, destroying and preventing their flight over the sky of Marib disrupts the planning of Saudi forces for operations against Ansar Allah and reduces the effectiveness of the Saudi warplanes bombing in the Marib region.