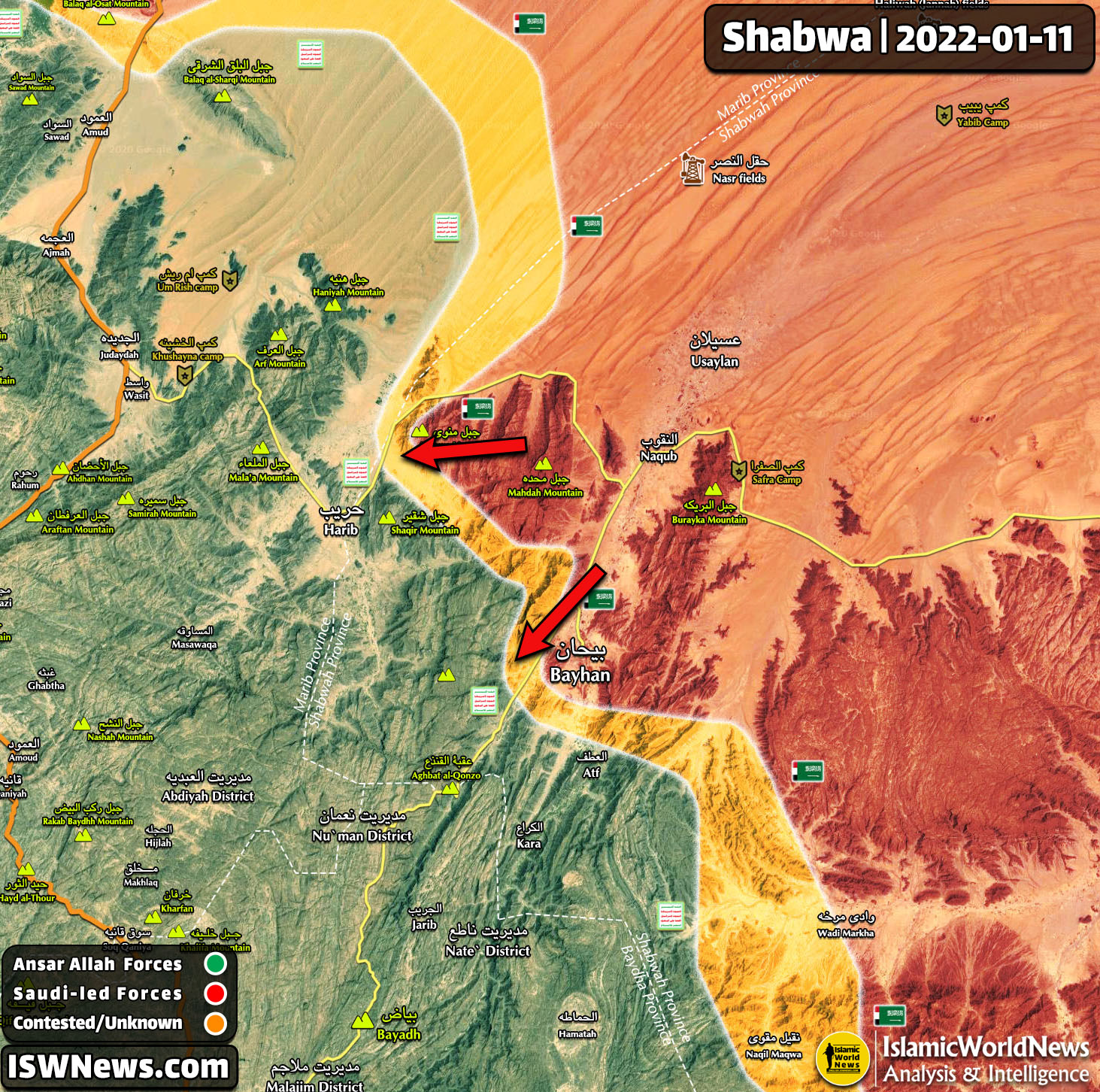 ISWNews Analysis Group: Clashes between Ansar Allah and the Saudi-led forces continue on the western fronts of Shabwa province and the southern fronts of Marib province.

According to ISWNEWS field source, the claims of the Saudi coalition media regarding the control of Numan district in the north of Al-Baydha province, as well as Harib district in the south of Marib province, are not true. Currently, clashes are taking place in the villages of Al-Housh and Habshanah, located in the north of Harib town, and Al-Haman Heights, located in the south of Beyhan town.

The volume of airstrikes in these areas is high and the Saudi coalition warplanes bombed the fronts of Shabwa and Marib provinces 98 times in the last 48 hours.

There has been no change in the southern front of Marib city.

Due to the continuation of the Saudi coalition operations in these areas, there is a possibility that Ansar Allah will withdraw from the district of Ain in Shabwa province and the district of Harib in the south of Marib province.