Infographic: Ansar Allah Report From the Battles of 2021 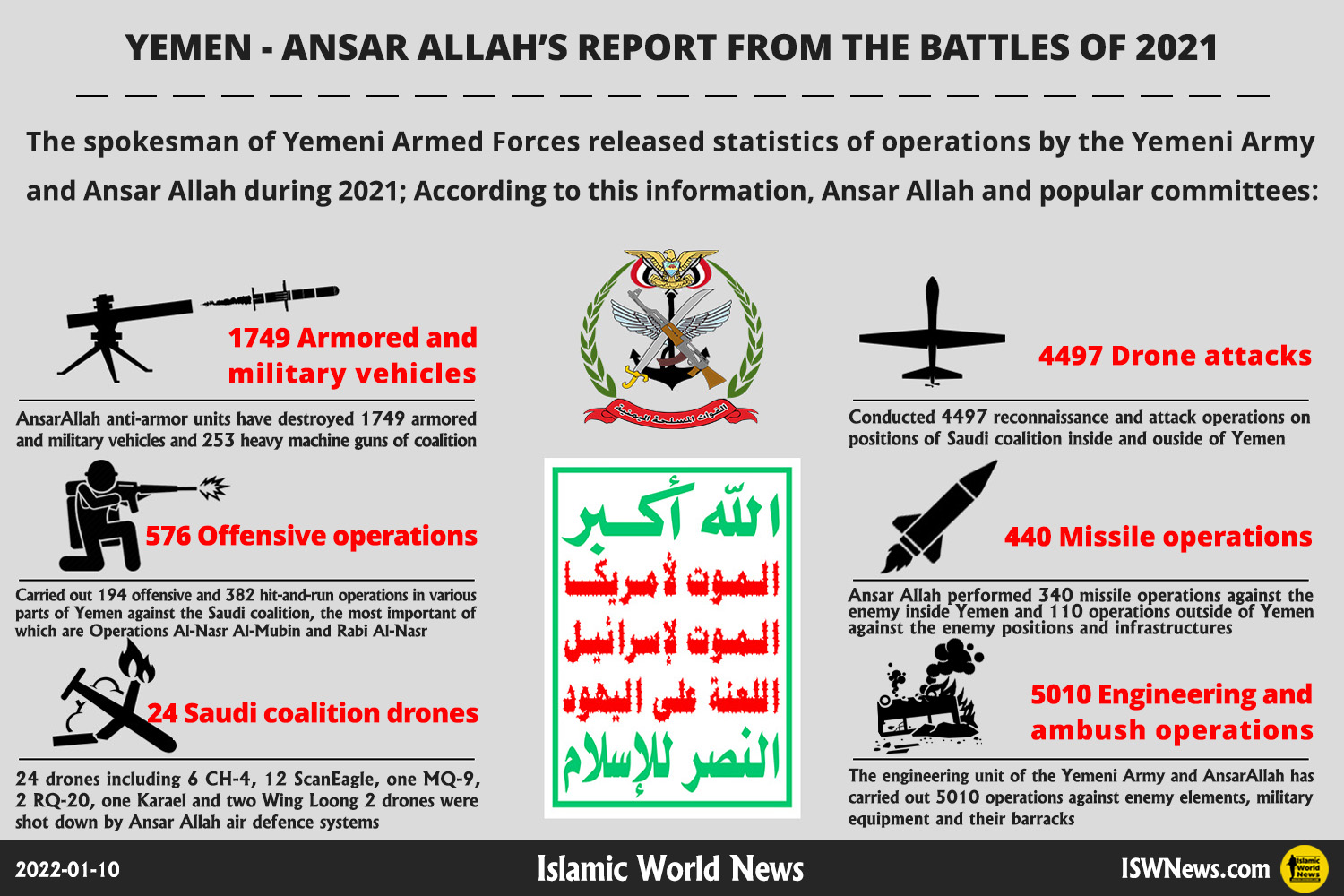 Brigadier General Yahya al-Sari’, spokesman for the Yemeni Armed Forces, provided a report on details of the Yemen war in 2021.

– In 2021, our forces repelled 223 offensive attacks and 166 infiltration attacks of the enemy.

– During 2021, enemy warplanes performed 7100, which resulted in civilian casualties and damage to infrastructure. Most of these attacks have targeted different areas of Marib province.

– In 5010 operations, the engineering unit targeted enemy elements, military equipment and their barracks.

– The total operations of the artillery unit amounted to 21925 operations, including: targeting the enemy fortifications, gatherings and military equipment.

– The air defense has carried out 1025 operations, which has led to confrontation and forcing the enemy aircraft to leave the field.

– The missile force has carried out 440 operations, 340 of which targeted enemy forces inside and 100 operations of enemy gatherings and facilities outside Yemen.

– Our Air Force (UAV) ​​has conducted 4497 reconnaissance and offensive operations against enemy targets inside and outside Yemen.

– In 2021, 394 Saudi soldiers and officers and 745 Sudanese were killed and wounded. The casualties of local mercenaries have risen to more than 24,000 killed and injured.

– In 2021, 1749 armored and personnel carriers and 253 artillery pieces were destroyed or damaged and 39 warehouses were burned.

We will continue to carry out our duties until we achieve freedom, independence and the liberation of the entire territory of the Republic of Yemen.