Infographic: Ansar Allah’s Report From the Battles of 2020 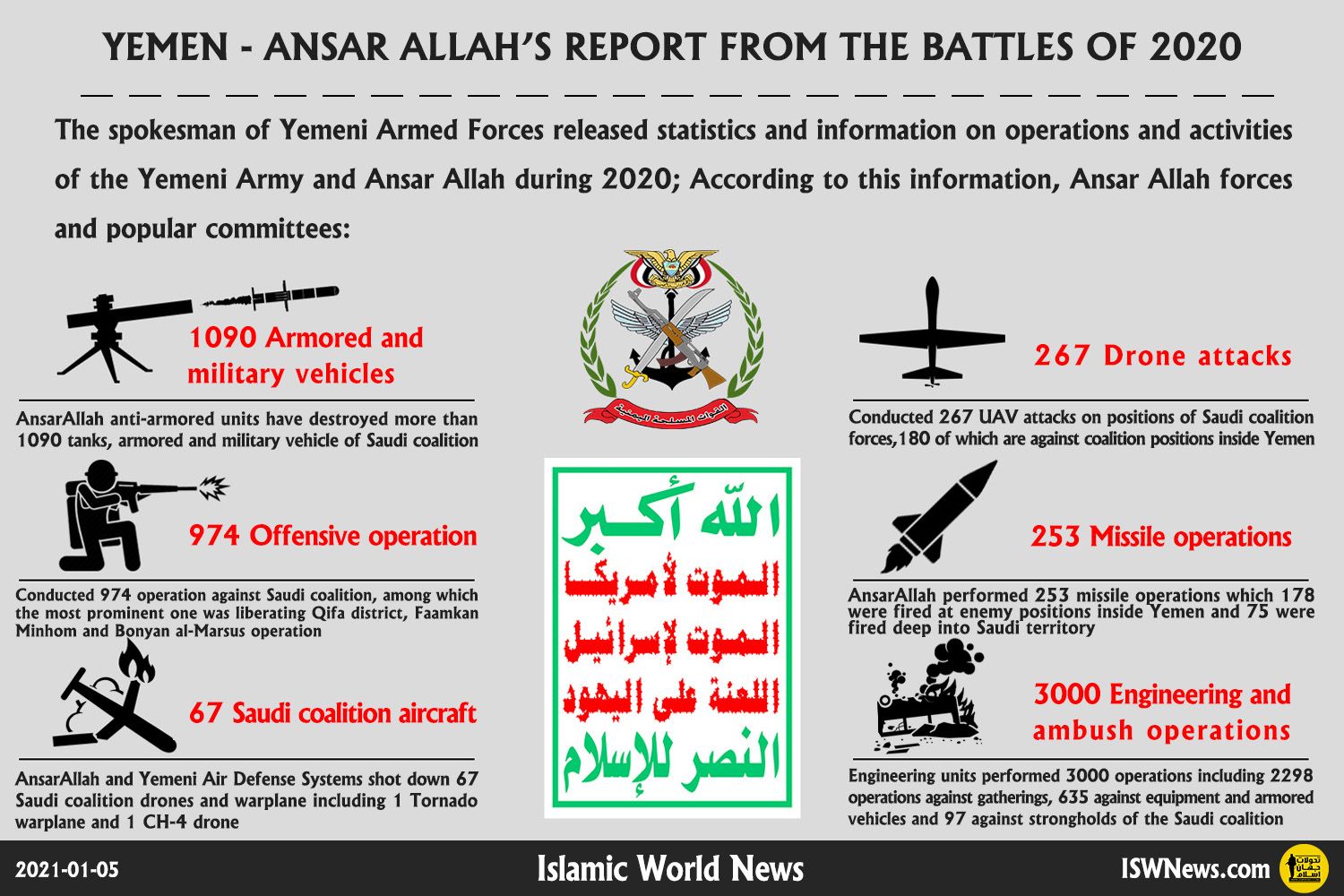 The spokesman of Yemeni Armed Forces released statistics and information of operations and activities of the Yemeni Army and Ansar Allah during 2020.

According to this information, Ansar Allah forces and popular committees:

– In 2020, Saudi coalition warplanes carried out more than 8888 airstrikes and 410 drone strikes on 13 Yemeni provinces.
Airstrikes have been carried out on Marib province more than 3,621 times, 1981 times in Al-Jawf province and 726 times in Saada province.

– More than 974 military operations have been carried out by Ansar Allah forces in 2020, the most prominent of which are Operations “Fa’amkan Minhom”, “Bonyan Al-Marsous” and liberation of “Qifah district”.

– More than 1090 tanks, armored and military vehicles, etc. of Saudi coalition were destroyed.

– Ansar Allah missile force has fired more than 253 ballistic and winged missiles in dozens of operations against the enemy, targeting 178 missiles at enemy positions and bases in Yemen and 75 deep in Saudi Arabia territory.

– In 2020, the Air Defense Forces conducted more than 730 defensive actions against enemy aircraft.
67 combat and spy drones and fighter jets were shot down during 2020, these include a Tornado fighter jet and two CH4 UAVs in the Nihm and Majzar areas.

– The anti-armoured units has carried out more than 678 operations this year, targeting more than 100 military vehicles.

– More than 15,481 operations have been carried out by sniper units on the border area and inside Yemen, among the achievements of the sniper units is the downing of 7 UAVs and disabling 213 vehicles.