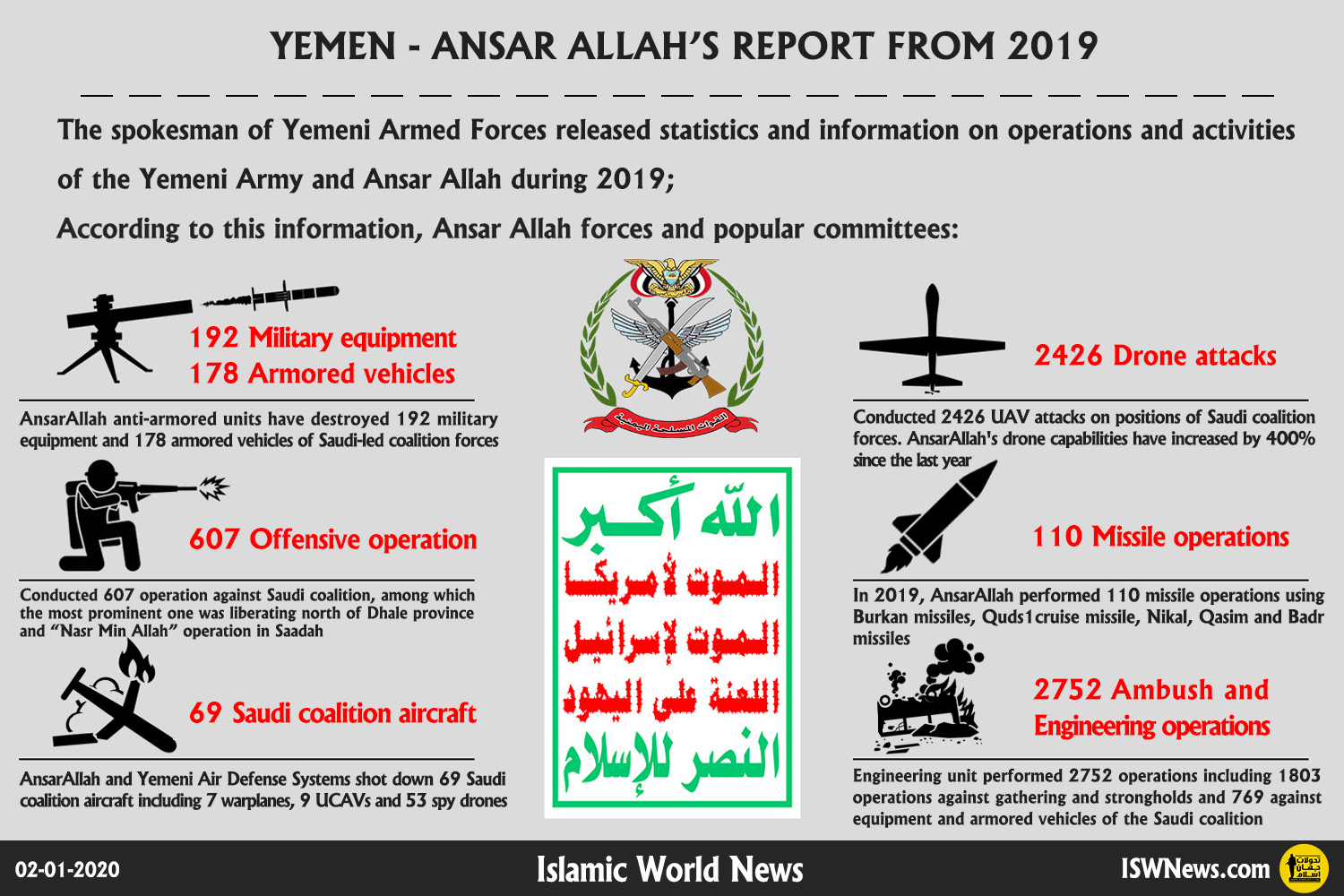 According to this information, Ansar Allah forces and popular committees:
– Ansar Allah anti-armored units have destroyed 192 military equipment and 178 armored vehicles of Saudi-led coalition forces.
– The Yemeni Army and Popular committees carried out 607 operation against the Saudi coalition, among which the most prominent one was liberating north of Dhale province and “Nasr Min Allah” operation in Saadah province.
– AnsarAllah and Yemeni Army Air Defense Systems shot down 69 Saudi
coalition aircraft including 7 warplanes, 9 UCAVs and 53 spy drones.
– Yemeni Army Drone units carried out 2462 drone operations the coalition bases, infrastructures and airports, among which the most prominent one was targeting of the Al-Sheiba oil field, Operation Nine Ramadan and Operation Deterrence 2.
Ansar Allah’s drone capabilities have increased by 400% since the last year.
– In 2019, Ansar Allah performed 110 missile operations using Burkan missiles, Quds1cruise missile, Nikal, Qasim and type Badr missiles.
– Engineering units performed 2752 operations including 1803 operations against gathering and strongholds and 769 against equipment and armored vehicles of the Saudi coalition.