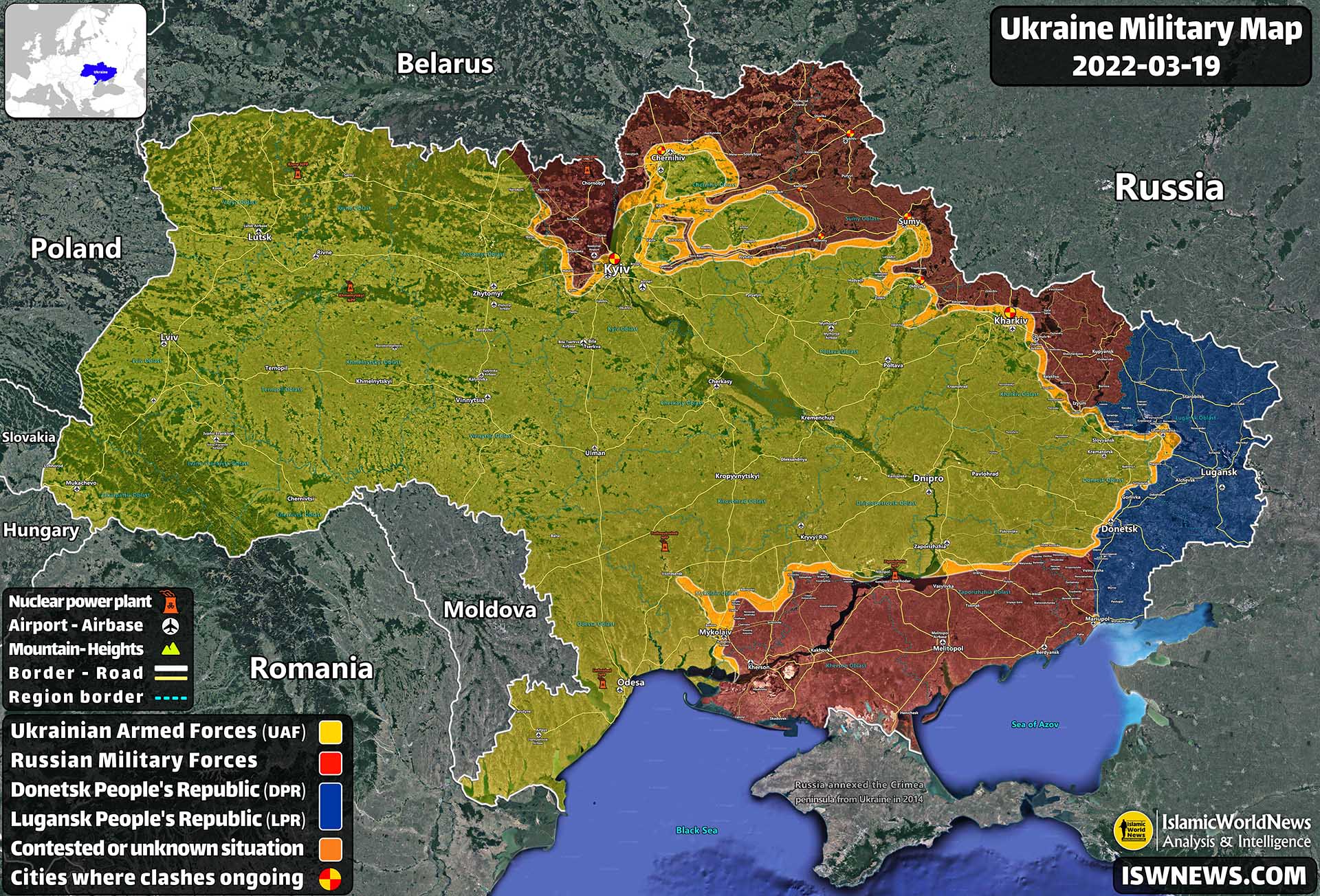 Review of the latest military changes in the north, east and south of Ukraine fronts until March 19.

In northern front, the military situation on the Kyiv and Chernihiv fronts is almost unchanged, and fighting continues around the city of Kyiv. It seems that the Russian army has no serious intention of infiltrating the city of Kyiv at the moment, and all movements are aimed at besieging the city.

In western front, the military situation on the Sumy and Kharkiv fronts remains unchanged.

In southeastern front, the town of Izyum on the Kharkiv-Donetsk road and Rubizhne town north of Severodonetsk is under Russian control. The city of Severodonetsk is on the verge of a complete siege, and the cities of Slovyansk and Kramatorsk are the next targets of the Russian army on this axis.

In southern front, clashes continue in the coastal city of Mariupol, with Russian and Donetsk troops advancing on the city’s neighborhoods.
In the Mykolaiv and Kherson oblasts, the Ukrainian army launched a counterattack to retake lost positions east of Mykolaiv. On the other hand, the Russian army is establishing military positions and sending equipment to launch a new military operation on this axis.

In general, the progress of the Russian army has slowed down over the past 10 days, the goals are being achieved slowly, and missile attacks on Ukraine’s infrastructure and military bases have increased. Of course, this does not mean that Russia has failed and that the situation on the fronts has changed in favor of the Ukrainian army. Contrary to what the Main Stream Media reports about the high armor and human casualties of the Russian army, the reality on the ground is something else, and the situation on the fronts is in favor of the Russian army. The Russian military has already incurred heavy costs, but Ukraine and its military have suffered far greater losses. It has been 23 days since the beginning of the war, and much of Ukraine’s military and economic infrastructure has been destroyed by Russian missile strikes, and if the war continues, Ukraine will be virtually destroyed.