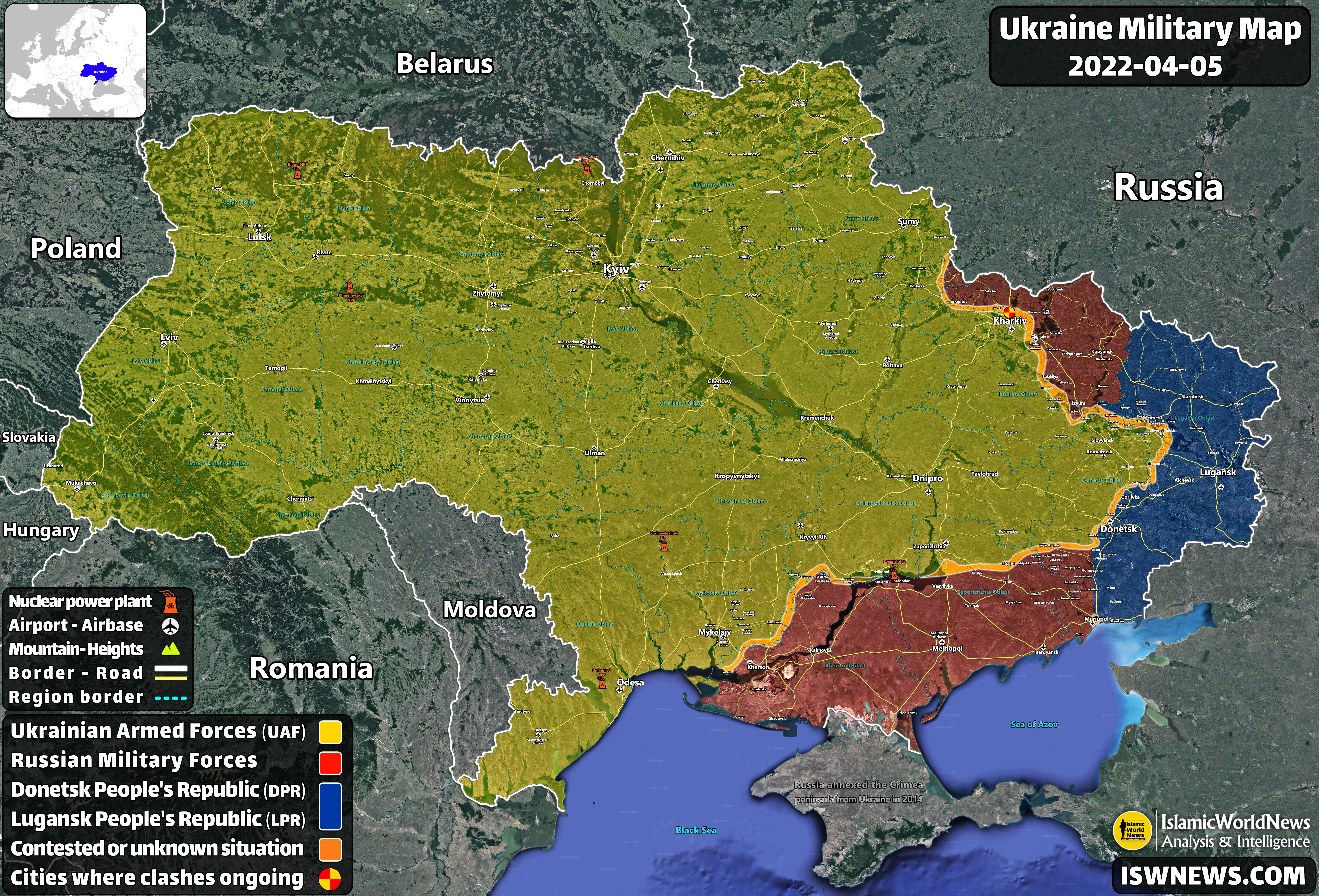 ISWNews Analysis Group: Russian troops withdrew from all of Chernihiv and Sumy oblasts in northern Ukraine into Russian territory.

On the other hand, Russian military equipment continues to be sent to the southern regions and the Donbass region for several consecutive days. Soon the south and southeast of Ukraine will witness the most intense military clashes between Russian and Ukrainian forces.

Currently, the military situation in the southern and southeastern regions has not changed much from the previous days.

Clashes between Russian and Ukrainian forces continue on the Izyum and Rubizhne axis. The Russian army is advancing towards Slavyansk on this axis.

On the northern axis of Donetsk, the Russian army is trying to break through the defensive lines of Ukrainian forces in west of Gorlivka.

On the western axis of Donetsk, clashes continue in Marinka and north of Ugledar.

In the Kherson axis, clashes continue in the north and west of Kherson. In this axis, the Ukrainian forces are trying to force Russian army to withdraw from the mentioned areas.