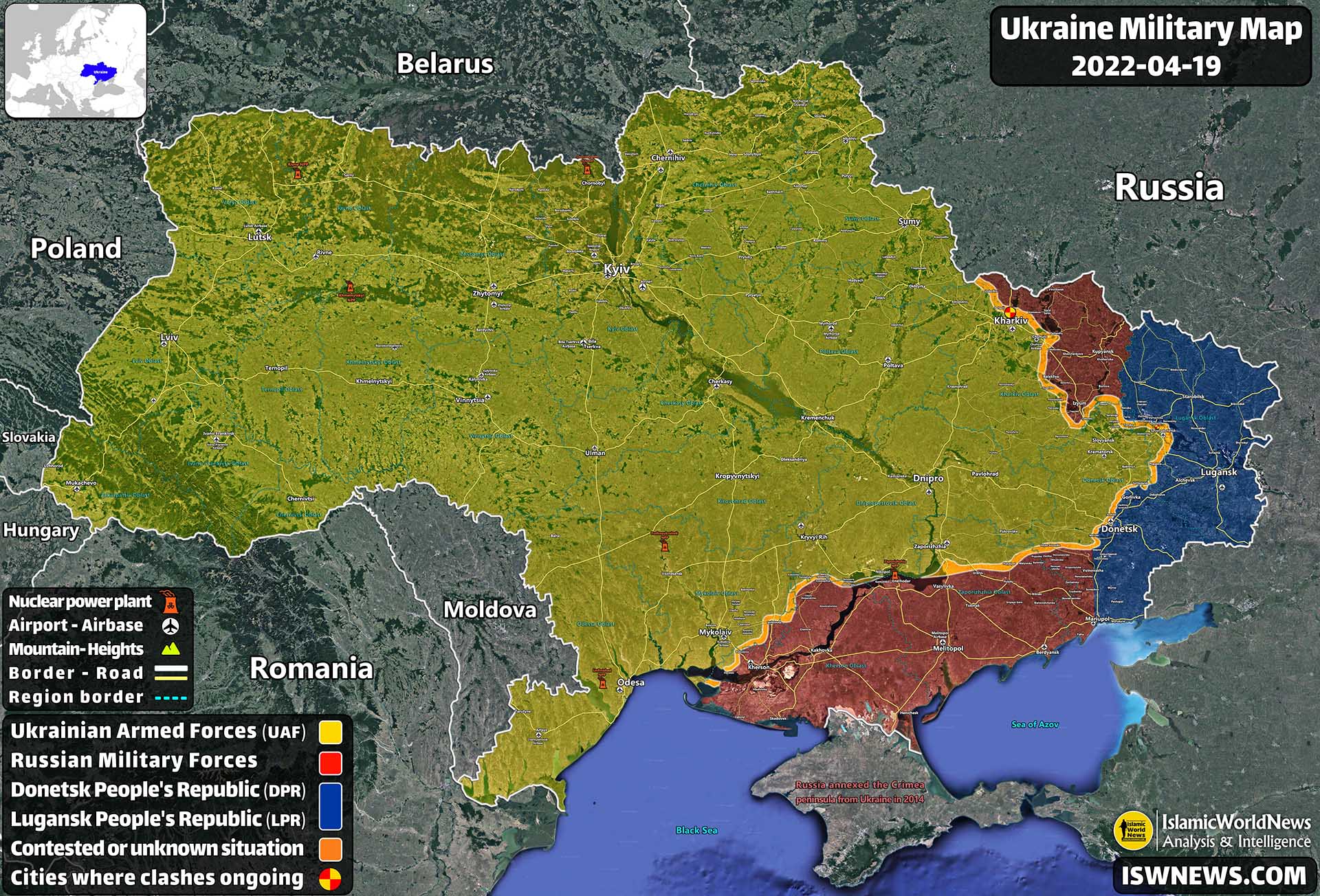 55 days have passed since the start of war in Ukraine, and this morning Sergey Lavrov announced the beginning of a new phase of the Russian army military operatio in Ukraine. The operation is aimed at the Donbas region in southeastern Ukraine. The process of preparation for the start of operations on this axis had begun 15 days ago. By the 40th day of the war, Russian troops withdrew completely from northern Ukraine by the 40th day of the war, and since then, operations to send more troops and military equipment to southeastern Ukraine had continued.

At this phase of the operation, the capture of the important cities of Severodonetsk, Slovyansk, Kramatorsk and gaining full control of the Donetsk and Luhansk oblasts is a priority for Russia. Simultaneously with this operation or in the next phase, the siege and control of the cities of Kharkiv and Zaporizhia will be on the agenda of the Russian army.

It is noteworthy that the announcement of the start of a new phase of Russian operations coincided with the capture of most of the city of Mariupol. Ukrainian forces are present only in the Azovstal industrial zone. It seems that the Russian army was waiting for the situation in the city to be determined and to focus fully on the other fronts. With the end of the battles in Mariupol, the forces working on this front could be transferred to other lines of conflict in the Donbas area.

Since last night, frontlines in the Donbas region have witnessed heavy bombardment by the Russian army. Currently, most of the clashes continue in areas such as southern Izyum towards Slovyansk, in and around Rubizhne, Popasnaya, Avdiivka in north of Donetsk city, Marinka in west of Donetsk city, and on the Velyka Novosilka-Gulyaipole axis.