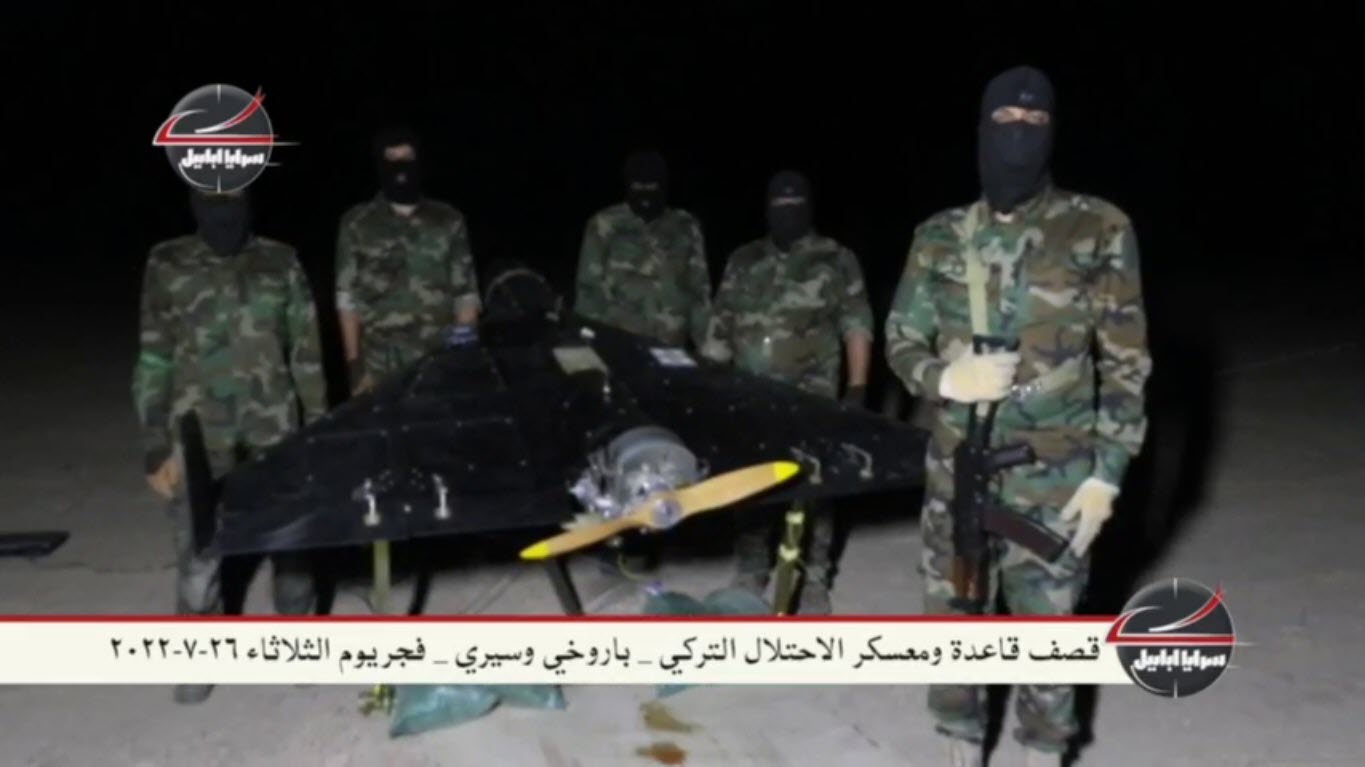 In the early hours of July 26, the Saraya Ababil resistance group attacked two military bases belonging to Turkish Army in the Barukhe and Siriye areas in northern Iraq, using the “Murad 6” suicide drones. Saraya Ababil group announced that these attacks were carried out in response to the Turkish army’s artillery attack on Dohuk province which killed and injured 31 tourists.

An interesting point to note is the type of drones used by this group to attack the Turkish army bases in northern Iraq. Murad-6 drones are very similar to Iranian “Shahed 136” and the Yemeni “Waid” suicide drones.

This is the third official operation of the Saraya Ababil resistance group. Earlier, during two operations on January 3 and 5, 2022, this group targeted the positions of US forces at Camp Victory near Baghdad International Airport with several drones and rockets.