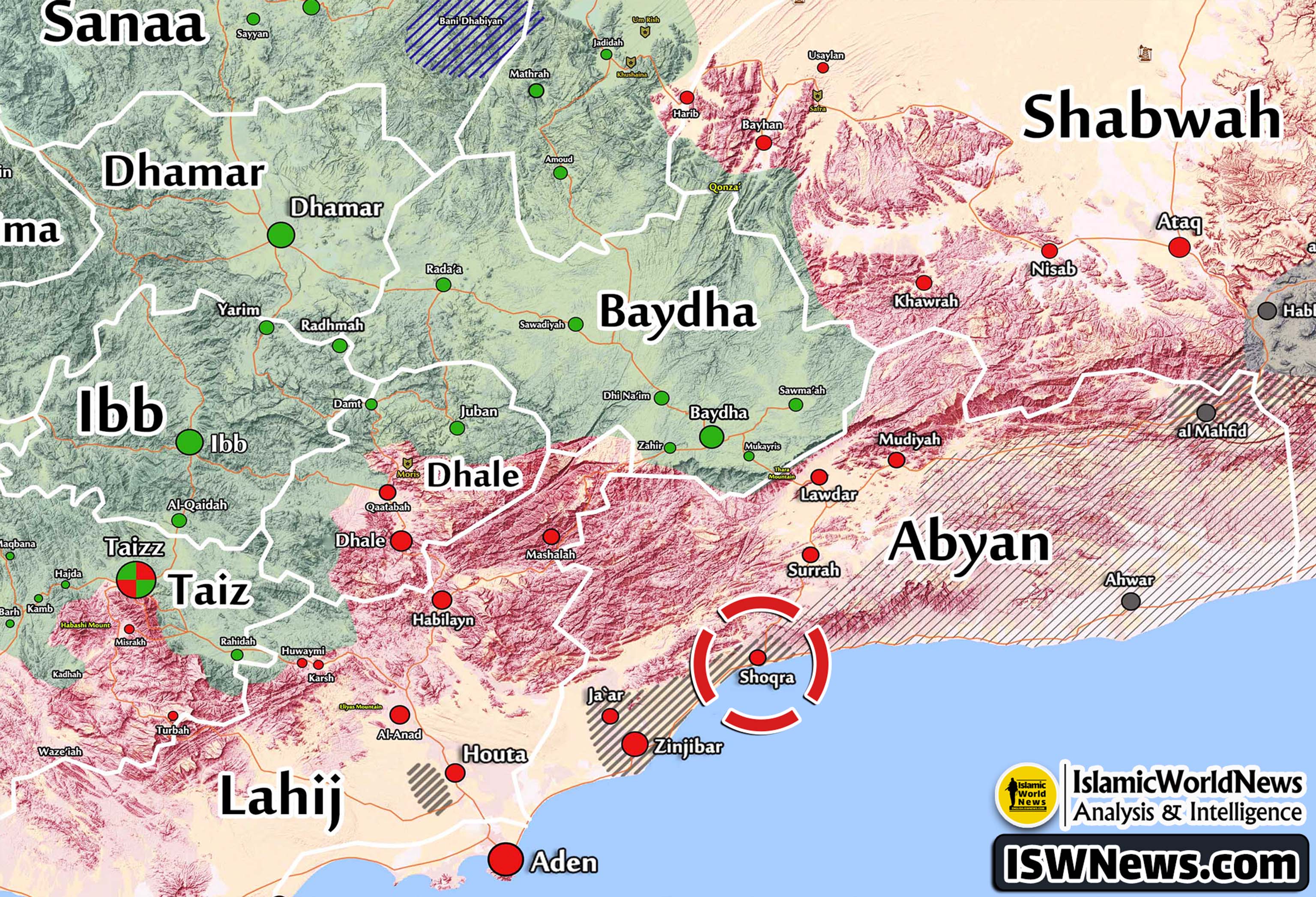 ISWNews Analysis Group: The Islah Party militants handed over control of the city of Shoqrah and several other areas on the coast of Abyan province to the forces loyal to the Saudi-backed government of Yemen.

Following the recent defeats of the Islah party in Shabwah and Hadhramout provinces, the Islah party in Abyan province handed over the control of the coastal city of Shoqra and the areas of Qarn al-Kalasi and Al-Arqub to the Southern Transitional Council forces. According to the statements of Hamsan Al-Uzali, the commander of the 8th Brigade of the Saudi-backed government of Yemen (affiliated to the Southern Transitional Council), the control of the cities of Lowder, Al-Wadhi’, Mudyah and Al-Mahfad will also be handed over to the STC.

The situation in the Hadramaut and Shabwa fronts is still against the Islah party, and the militants of this party lost control of the Ayaz area, the Alam base and the Ayaz oil field. Currently, heavy clashes are going on around the Al-Uqla oil fields and along the Ataq-Abar road.

Considering the military weakness of the Islah (Reform) Party and their disregard for the proposal of an alliance with Ansar Allah, as well as the continuous support of the UAE to the forces of the resigned government, the probability of their defeat in the provinces of Hadramaut, Shabwa, etc. is high; But in the cities of Taiz and Marib, their resistance will be more difficult due to popular support.

Read more:
The UAE ordered the destruction of Islah Party!
UAE prepares to attack Marib!
The governor of Shabwah defeated Islah Party with the help of UAE