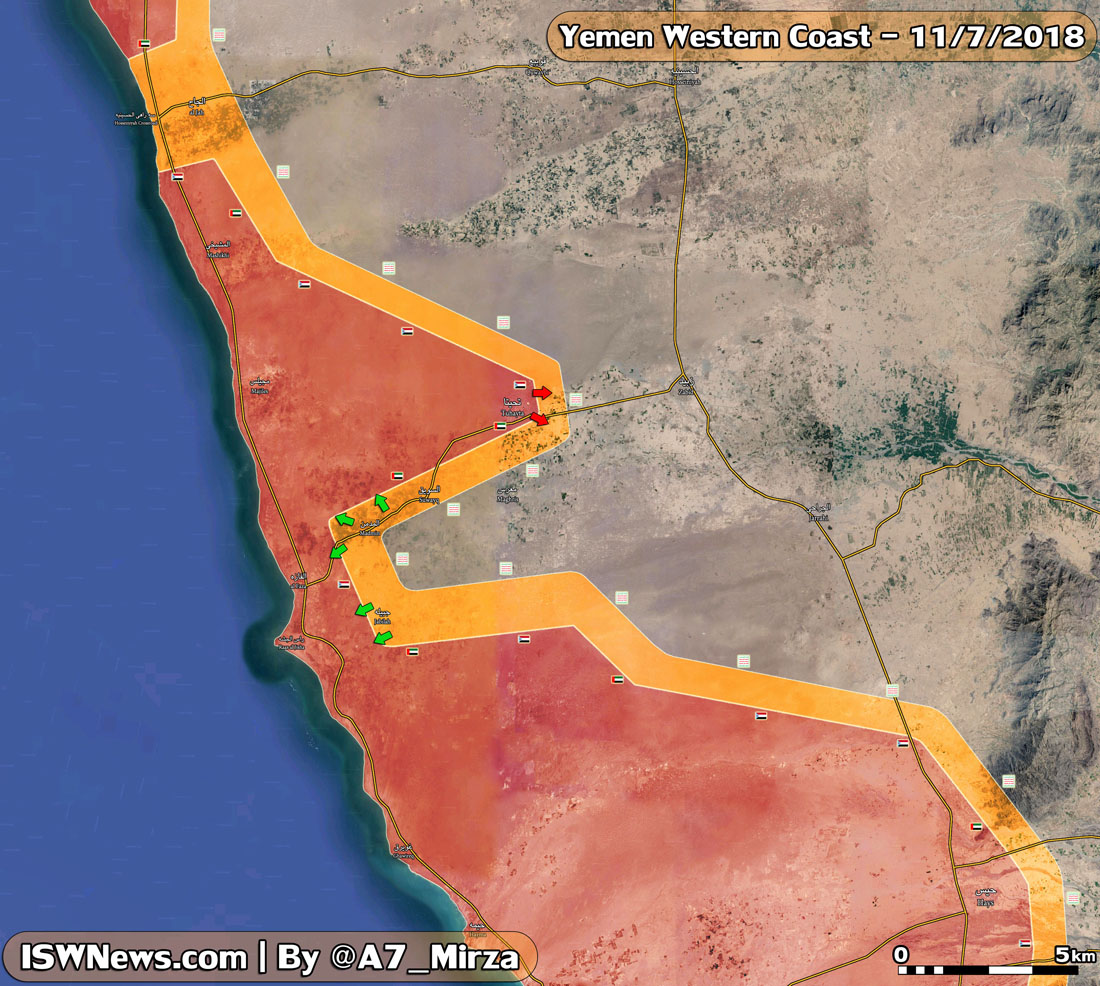 1- al Hudaydah
After 5 days of intense clashes and retreat of Ansarallah, Tuhayta has fallen to UAE-backed forces.

Right now, Maghris, Madmin, Suwayq and Jabilah are the contact line between Ansarallah and UAE-backed forces. Also hours ago missile division of army and Ansarallah launched another short-range missile against amassed forces of coalition in southern al-Hudaydah

Coalition-backed forces of Salwa front in eastern Taiz; are operating towards southern Damnah and arrived to region of Jisr Moqia and Saele.
Meanwhile Hayfan is kind of under the siege.
In east of Rahidah the clashes in Sharijah continues.

3. A Badr-1 missile was launched towards Jizan
Saudi medias said that a missile was shot down in Jizan’s sky.