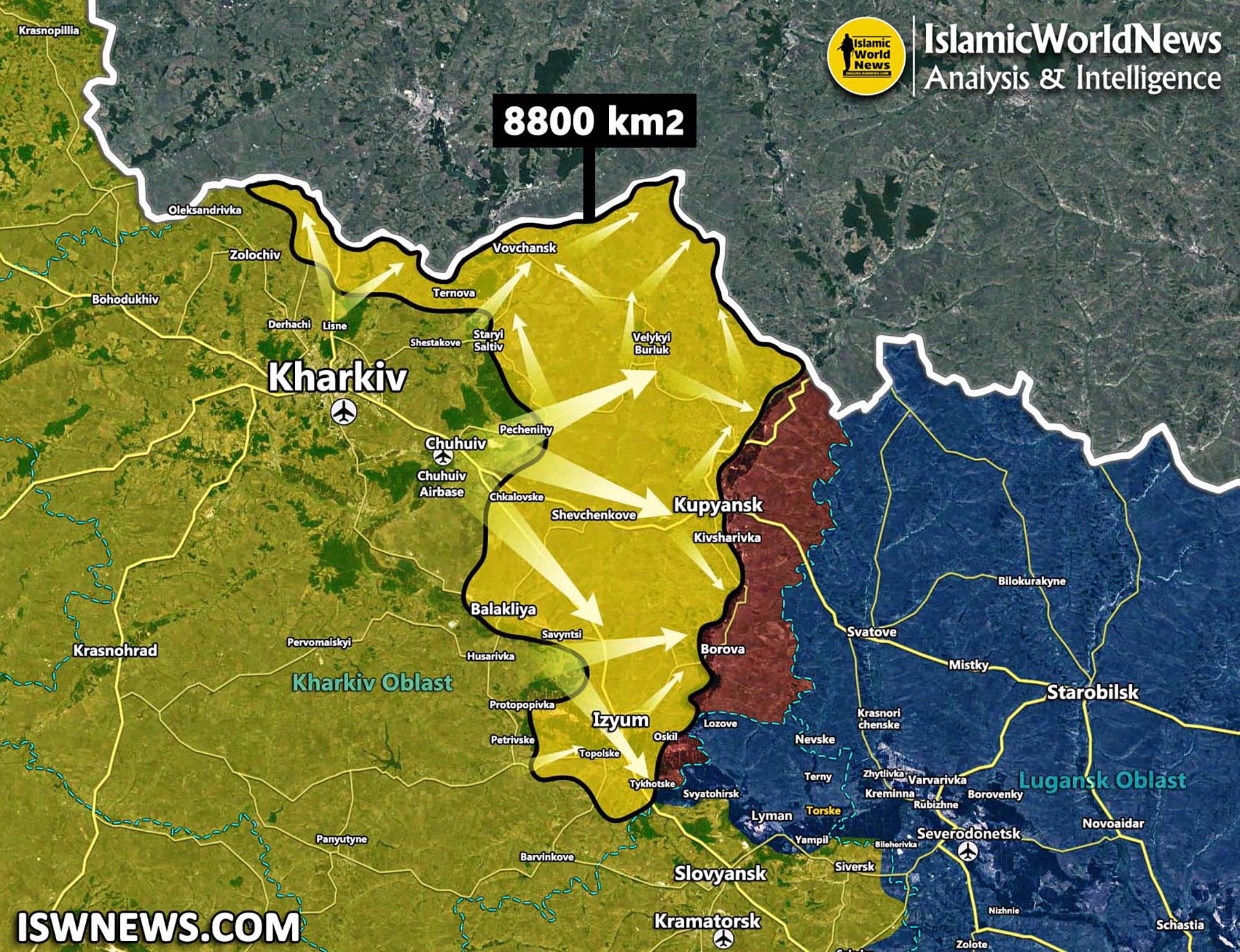 ISWNews Analysis Group: In the continuation of Russian retreats in Kharkiv Oblast in the east of Ukraine, Russian army forces completely withdrew from the north and northeast of Kharkiv.

In this way and with the retreats, about 8800 square kilometers of Kharkiv oblast came back under the control of the Ukrainian government.

It is noteworthy to mention that during the withdrawal of the Russian army from these areas, many Russian descent people of these areas also fled to Russia for fear of genocide, being persecuted, etc.