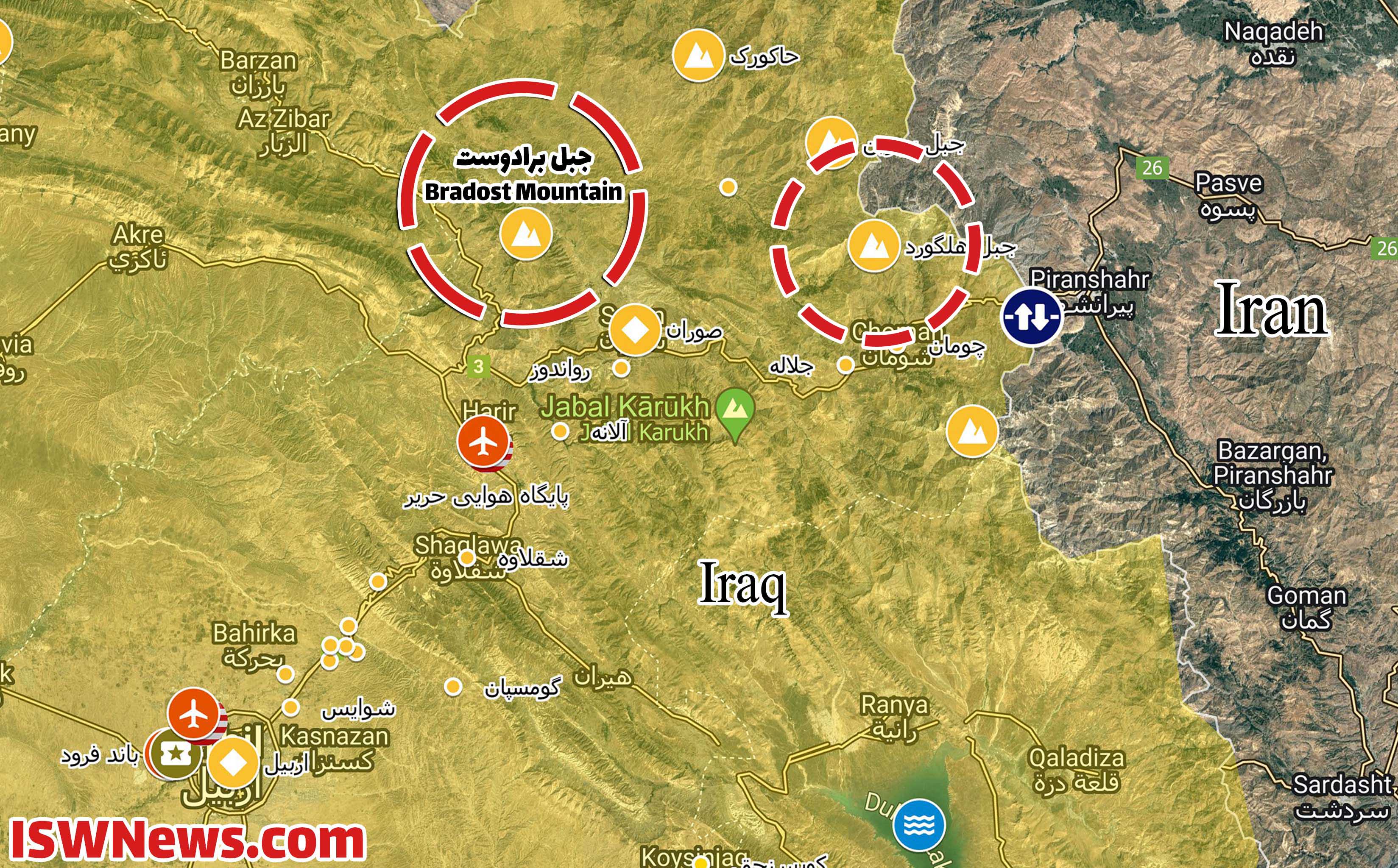 Following the Islamic Revolutionary Guard Corps against the positions of terrorist groups in the Kurdistan region of Iraq, Bradost Mountain and Hallgord Mountain located in northeast of Erbil were targeted by several missiles and artillery rockets.

The Islamic Revolutionary Guard Corps has announced in its latest official statement that military operations against terrorist groups in the Kurdistan region of Iraq will continue until the complete disarmament of the terrorists. In this regard, Major General Mohammad Bagheri, the Chief of the General Staff of the Iranian Armed Forces, criticized the US support and cooperation with terrorists and separatists and stated that Iran reserves the right to respond to the downing of a Muhajer-6 drone by the US terrorist army. He also warned the neighboring countries where the US and Zionist bases are located, that if any hostile action against Iran’s security and national interests is carried out from these bases, the same bases will be attacked.

It should be noted that at the same time as the IRGC’s attacks on the north of Erbil today, the Turkish army has also launched an artillery attack on the northern heights of Dohuk province and Sidakan region in the east of Erbil province.

Due to the incompetence of the Iraqi governments and the cooperation of the leaders of the Kurdistan Region with the United States and the Israeli regime, the heights and different regions of the Iraqi Kurdistan region have become a source for training terrorist and separatist groups on the borders of Iran, Turkey and Syria in recent years. During the recent protests in Iran, these groups plotted and implemented terrorist activities against nuclear facilities, etc., which were thwarted by the intelligence of Iran’s security organizations.

Read more:
15 terrorists were killed in Kurdistan Region of Iraq
Iran’s missile and drone attacks against terrorist groups in the Kurdistan region of Iraq + Video