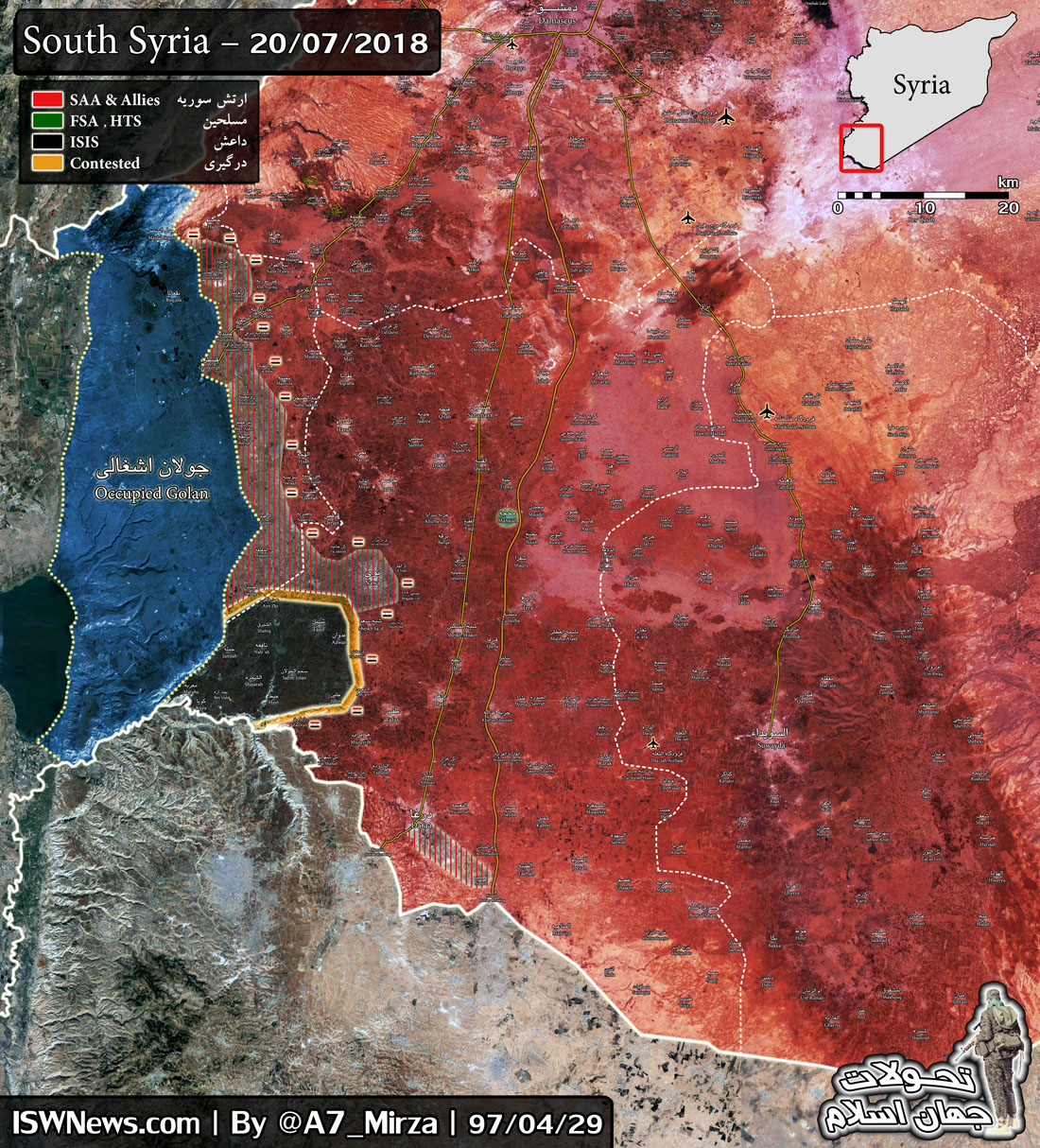 Islamic World News Analysis Group: From the afternoon, the operation of evacuation of those militants who did not wish to settle and stay in the province of Quneitra, started towards north Syria.

As we said on previous news, According to a deal made by Syrian army and the less radical militants of Quneitra, the buses arrived at town Ba`th last night for initiating the evacuation of militants and their families to north Syria.

Thus, from this morning(20 July) the evacuation process began and by the end of the night, 55 buses left the Quneitra to the province of Idlib.

It should be noted that during the course of the mentioned evacuations, the Syrian army is also expanding its control over the southern areas and increasing the security of the newly liberated areas.

Given the developments, the activities of the armed groups (except ISIS) in southern Syria is practically over, and today can be called the day of the final defeat of the militants in southern Syria.

After this, the operations will focus on ISIS-affiliated terrorists, the Army of Khalid bin Walid.