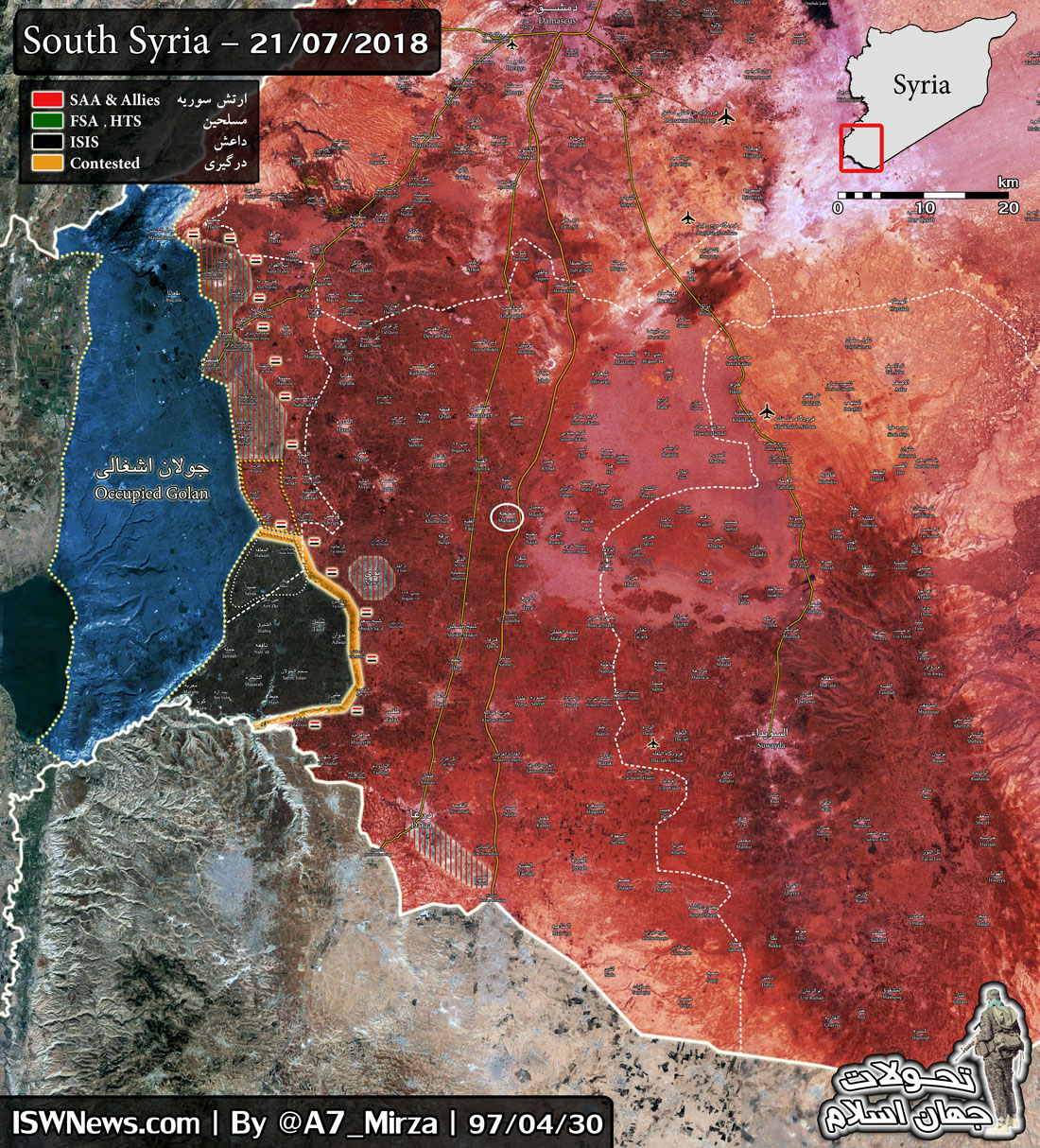 Today by evacuation of militia from south of Syria, the Army’s forces entered new villages in southwest of occupied Golan such as Asbah, Kudna, Tal Ahmar Sharqi and Gharbi ..etc.

On the other side, ISIS terrorists is taking advantage of the wake in these regions and advancing in evacuated regions, occupied villages including Sayda, Ghadir al Bustan, Bakar and Um al Loqes ..etc.

Today the evacuation of militia from Nawa was continuing and buses to transport them to Idlib province entered Nawa. It is still continuing.
Village Mahjah laying in center of Daraa province which is in cease fire condition in recent years, is reclaimed by Syrian Army by evacuating and transporting militia from it to Idlib.