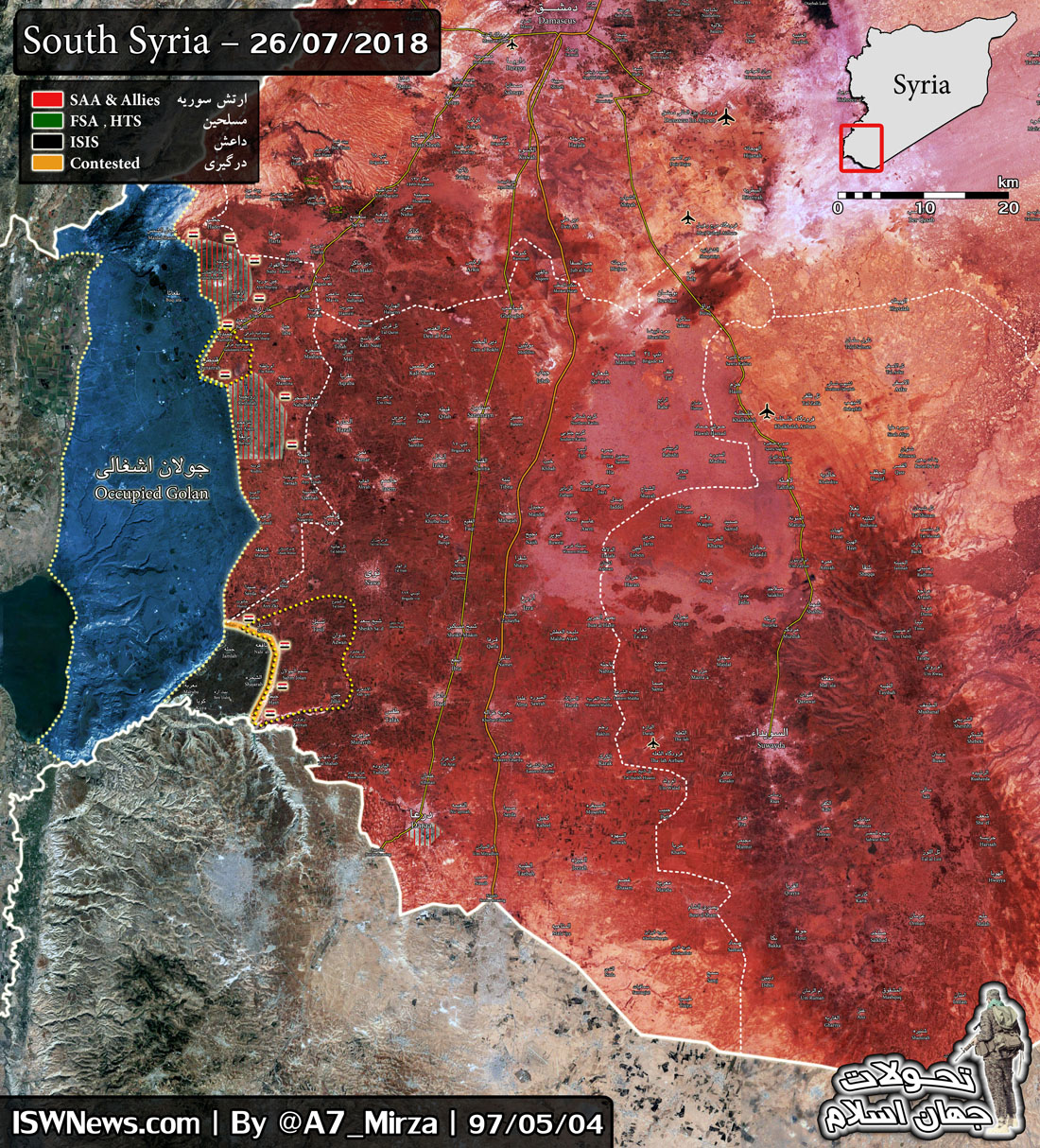 Islamic World News Analysis Group: in continuation of Syrian Army operation against ISIS, their defense in southwest of Daraa province is collapsed and a big area is cleared of terrorists.

Unlike predictions, ISIS defense lines in southwest of Daraa and town Tasil destroyed very quickly and Syrian Army and their allies’ troops using proper tactics and attacking from all aspects, force terrorists to retreat from important height Tal Jomo` and town Tasil in fear of being sieged.

Town Tasil is considered the most impenetrable fortress of ISIS in southwest of Syria.

Today in the operation of Syrian Army, many regions and villages such as Shabraq, Kokab, Masirtia, Wady Saysun, Tasil, Tal Jomo`, Hayt, Adwan, Sahm Golan..etc in Yarmuk basin are liberated.

So far 60% of occupied lands in Yarmuk basin by ISIS is liberated and operation to completely free it continues.

From today noon units and troops of Syrian Army enter the destroyed city of Quneitra in east of occupied Golan and raise Syrian flag and finished clearing this province from terrorists.

The process of disarming and evacuating the rebels is continuing in Quneitra province.