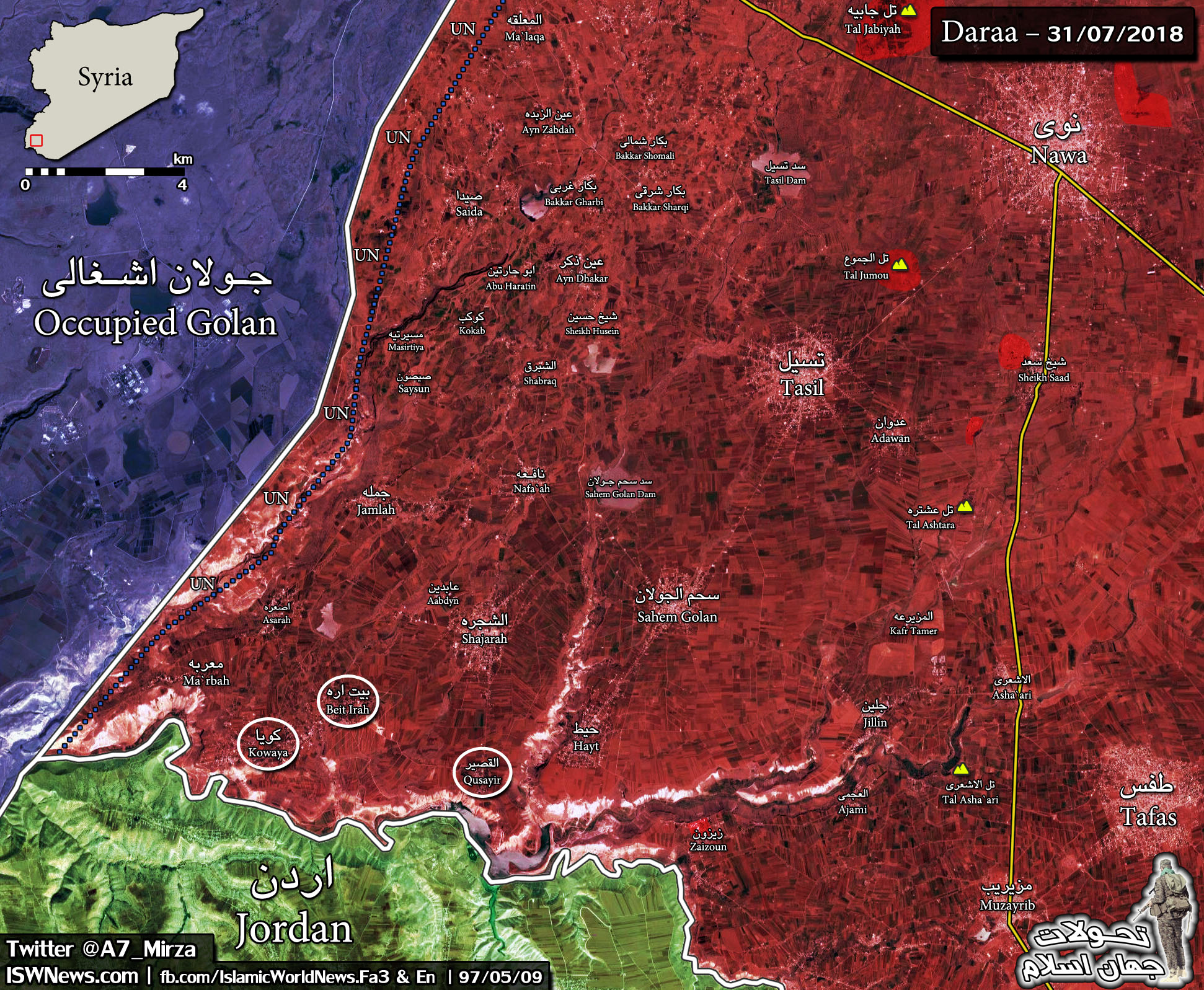 Islamic World News Analysis Group: Following up the Syrian army’s operation against ISIS terrorists in Yarmouk Basin, with liberation of final shelters of ISIS in region; south of Syria is now completely free of ISIS.

One of the interesting points of Syrian Army’s last operation against ISIL terrorists in this region, is the use of ex-milita forces —which after accepting the compliance & settling their affairs— that now have joined Syrian Army, and helping the army in clearing southern regions.

The operation for liberation of Yarmouk Basin from ISIS, which longed for 12 days, and in this two week, the Syrian army units & ex-FSA milita forces have fought alongside each other against ISIS.

It needs mentioning that according to the deal the few remaining ISIS forces in southern Syria, in exchange of freeing Suwayda prisoners, have gained the opportunity to move to ISIS occupied regions via Tafas Town.

On July 25, and during the massive suicide attacks of ISIS against Suwayda province, at least 17 civilians were abducted by ISIS and with publishing pictures from 14 of these civilians which all of them are women, they somehow want to use them as ransom in exchange of stopping the Syrian Army’s operation in south, or to find a way to exit from southern Syria.

It seemed that in the end the Syrian Army, in exchange of freeing Suwayda prisoners, had agreed on letting a few ISIS terrorists to leave southern Syria.

The operation for militas to give up their weapons to Syrian Army, and for those who wanted to leave their regions in southern Syria, still continues.

Yet a number of militas are present in Daraa and the process of evacuating them is still ongoing.

Militas of Quneitra province like militas of Jubatha al Khashab, Ufaniya, Burayqa and Ber Ajam are also evacuating the region towards north of Syria.

On the other hand, today the Syrian government —with the help of ex-FSA milita forces and other units of Syrian army— have managed to take control of all the shared borders of Quneitra & occupied Golan.